For the Indie Market, Demos Are More Vital than Ever

A look at the lack of readily available demos for indie games, and why they are more essential than ever.
Matthew Byrd
Blogger
October 23, 2013

Quick, what do Gunpoint and The Stanley Parable have in common?

They're both incredibly well designed, and fun to play games that exhibit the benefits of allowing players as much creative freedom as possible within a semi-structured world, and are among the best indie experiences to come out this year you say? Well...yes actually that's true, but I think you know by the headline I was referring to the fact that both games had wildly successful demos, you free thinking radical you.

It's impossible to say for sure if the success of both games is due entirely to the demos (though Gunpoint's creator Tom Francis has mentioned he believes that to be true in his case), but taken by themselves, it's hard to deny that they are two of the highest quality demos released certainly in recent years, and possibly all time. Gunpoint's demo did a flawless job of not only gradually introducing all of the elements that made the game great in a short play through, but was smart enough to cut it off at the moment you began to realize the capabilities inherint in the design, and began to formulate elaborate plans involving it, that the demo utimately doesn't let you carry out. The Stanley Parable's demonstration on the other hand, was simply on another planet of demo quality as it somehow managed to perfectly showcase a game that's virtues are not easily described through words and videos, and amazingly did it with an demo that is, mostly, separate from the actual game's content, making it more of a standalone experience than a simple tasting.

Two games with little to no marketing budgets that had tremendous demos, and went on to have equally amazing success. Again I don't want to suggest that was due entirely to the demos (the high quality of the actual games, for example, probably helped), but it does raise the question of why more indie developers aren't making demos for their games available, and easily accessible.

The indie market can, at times, feel like a crowded bus bound for Hollywood from the midwest. It's full of individuals with infinite potential, some with clear talent, and nearly all with the desire to make it, but ultimately few will make it big. Yes, its true that sites like Kickstarter, or programs like Steam Greenlight, have helped indie developers get their names out there easier than ever, but, to stick to this analogy, realistically all they've done is create more and bigger buses for people to take a ride on for their chance. They don't usually help us to figure out which of the games, if any, are truly worth our time and money. 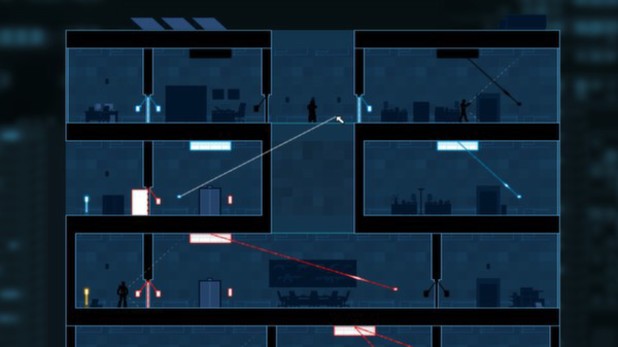 The problem then becomes one of congestion, and trust. There are simply too many indie games out there, and many of them have taken to making incredible claims regarding what they offer, in order to seperate themeselves from the herd. There are certainly those which are the real deal (at least for specific audiences), but how, as consumers, are we expected to really be able to choose between them, without spending what soon becomes an unreasonable amount of money to buy them all? Reviews and YouTube videos help for some of course, as does an administrator privilege to filter out the obvious scam game, but ultimately as a developer it comes down to putting up and shutting up and showing that once all of the hype has died down, you have a game that can, at the least, live up to the spirit of your billing, even if you cranked the hype machine one too many times in pitching it.

This is where demos, naturally, get to slide in. Now I'm admittadely not a game designer, and in the interest of not wanting to join the increasinlgy annoying crowd of armchair designers, I want to make it clear that I'm unable to comment with full knowledge on what the exact hurdles are in terms of both creating a demo and publicizing it. However, from nothing but a gamer standpoint, it seems to me that if you have the ability to create a demo of your game prior to release, there's little reason not to. Yes, I'm aware of the argument that demos can hurt sales, but that doesn't seem to apply so much to the indie market, who already lack the marketing, distribution, and name recognition of Triple A titles, leaving them wil little more to lean on than the experience of the game itself. Withholding the ability for people to try that prior to purchase, makes the path to indie success that much more difficult.

This isn't, however, an issue that falls entirely on the shoulders of the developers. For instance, as much as Steam has done with their Greenlight program in terms of giving indie developers a chance to get their game out there, they are behind in advertising demos. Yes, you can visit many games greenlight pages and get a link to the developers website for a demo if available, but what's really needed is an integrated download button on the greenlight page, just like Steam releases get, as well as a listing of the demo in the demo section of Steam so the average user doesn't have to hunt them down. Again, I'm sure there are a series of logistical hurdles in the way from making this as easy as I pitch it, but considering that the Stanley Parable, Gunpoint, and several others have managed to do just that, I can confirm that it's certainly possible.

The sheer amount of creatively driven and purely intriguing indie games both available, and in the works, is one of my favorite things about being a modern gamer. However, considering that so many of them have relied on distinguishing themselves by making bombastic claims regarding what type of experience they will offer (Take, for instance, Universum which is billed as an FPS, RTS, MOBA RPG) , if we don't reach a point where these games are largely encouraged, or even expected, to provide a demo to prove that at the end of the day they've achieved something that's at least intriguingly close to their claims, we run the risk of trust issues killing the indie market, and therefore depriving gaming of it's most creatively exciting outlet.