Exhibiting my game on a shoestring budget

A postmortem of exhibiting my indie game at MAGFest
Daniel Silber
Blogger
January 11, 2017 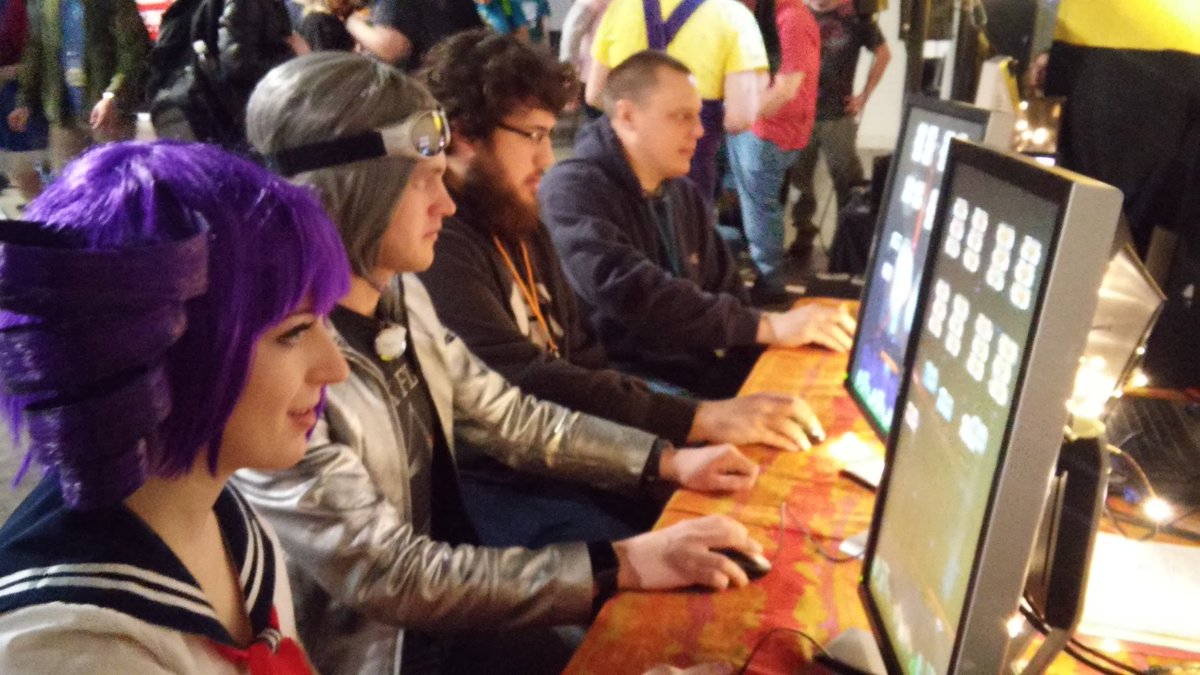 I’m sitting in the living room and still recovering from the exciting blur of showing my game at MAGFest.  Although I’m exhausted and wish to do little other than sleep – it would be best to capture my thoughts while they’re still fresh in my memory.

Overall the event was amazing and just about every single person was friendly and interesting, and my game seemed to be very well received – but it was loads of work.  I loved meeting people and ended up standing and talking beyond what my body should have put up with.

I had the good fortune to show my game a few months ago at a local event called The District Arcade, put together by the local IGDA chapter.  This gave me super useful experience on showing in public.  Specifically I came into MAGFest having recently learned the following:

Beyond these things, I noticed that my game showed very well in this kind of setting. The game’s rule set is small and the balance for new players seems fairly solid.

By the end of the festival, over 100 people left their email on my sign up list - and many said that they were willing to write a testimonial for the game!

I also ended up buying some print transfer paper and ironed my own shirts (which actually seemed to work!).

Not bad considering the shirts were homemade...

There were also some other expenses such as parking and snacks but it's not worth going into fine detail.  The bottom line is that I spent about $400 on the display itself - focusing most of the cash on additional computers for playing the game.

THINGS THAT COULD HAVE GONE BETTER

In the future I will take extra precautions to ensure that my voice lasts.  Next time I vow to:

It was also hard for me to leave the display area even when he was there to give me some respite.  I’ve been working on the same thing for 2+ years - primarily in isolation - and this was my chance to connect with the gaming community and put my best foot forward… It was difficult to step away, even when I needed to.

All in all it was a great experience and I learned a lot!  I hope to keep refining and getting better at publicly showing my game... I mostly wanted to process some thoughts and get the ideas down before they faded - but I hope you were able to get something out of this. Thanks for reading!