Evolution in Gaming Industry: Technology Has Transformed Way Of Entertainment

Technology is evolving at a great speed and has a great impact on the gaming industry. Every game which is released these days has been developed using modern technology with which players need to acquaint themselves.
Vivek Sonchhatra
Blogger
March 10, 2020

The modern trend of gaming provides immersive experiences to the players. It helps engage numerous prospective across various screens, which resulted in redefining the dimensions of the gaming industry. Gaming technologies kept on updating with the passage of time, this resulted in a generation more revenues compared to other years. The gaming industry is estimated to generate around $135 billion in 2018, while it is predicted that the gaming industry revenues will surpass and will reach around 138 billion by 2021. 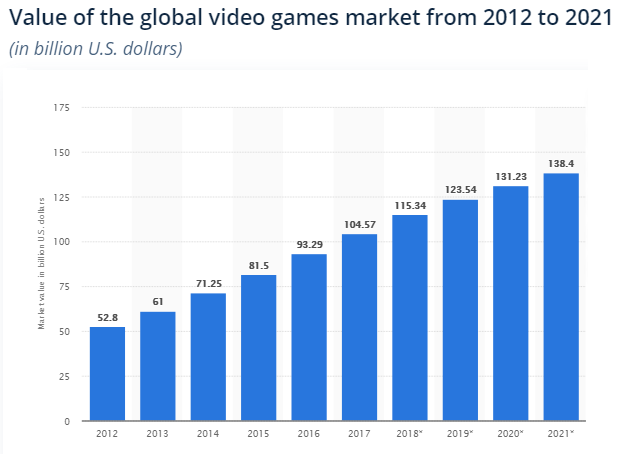 Gaming Industry: Explore How Modern Technology Has Transformed It

Technology is improving and evolving by leaps and bounds, it has a great impact on the way we live, play, shop, etc. Even it has provided us with access to leverage a realistic gaming experience. Players are offered high-end graphics these days, which helps them to have completely new gaming experience. Modern technological advancements have resulted in the evolving gaming industry landscape and dynamics.

Tech giants are always trying to come up with a new and advanced solution that is immersive and fascinating. By understanding and implementing modern technological advancement in the gaming platform, it has become much more comfortable for gaming giants to engage a huge audience base with their gaming platform. Present-day games have become one of the leisure activities for the modern generation as it provides them more convenience and efficiency they demand. Let's go through some of the evolution phases to understand how technological evolution has affected the gaming industry.

This type of game created a huge buzz before the advent of desktops. Arcade games mostly look like giant stands that pose mounted displays, coin slots, management panels, and much more. Players can also see the circuit board inside the giant stand, this stand comes in varieties of shapes and sizes that are vertical, horizontal or any other. This type of game was placed in specialized diversion clubs and bars. (Source)

But due to the advent of personal computers, most arcade games lost the profits which they were earning by engaging players to play the same. Even the evolution took place in arcade gaming as it was equipped with steering wheels and pedals, physical guns for shooters. And much more added to it after the technological advancement, the evolving technology made arcade games more notably and popular among widespread.

It is simply a computer device that generates a video image and signal to display a video game that can be used by multiple players for leveraging advanced experience with gaming. First, game consoles were launched during the nineteen seventies, it is here to stay for a longer duration of time. Recently eighth generation video game consoles appeared in the market, which provides more engaging and best experience to the fashionable players. (Source)

Game console offered a compact match for the home diversion, it demands special hardware such as a gamepad, joystick, or any other to regulate any of the games which users want to enjoy. But with the passage of time, games were oversubscribed in physical format. They were developed using special cards, optical devices, magnet, or any other way. But this has been bitten by the looking web system of today, besides this, many of the games are still oversubscribed using the Blu-ray discs.

Smartphones are slowly transforming into the game consoles, some extra gadgets like tiny joysticks or gamepads are transferring a smartphone into a full-fledged game console. In 2017 there were around 2.1 billion mobile gamers worldwide, while this number is expected to jump high in the nearby future and estimated to reach around 2.7 billion by 2021. This is just because users can leverage the best experience like PlayStation (PS) on their small screen, thus most of the gaming giants these days are developing excellent solutions for their end-users. (Source)

Around 3.9 billion users access the internet, this simply means half of the world's population uses the internet for various purposes like grasping information, shopping, downloading gojek clone, or any other advanced solution which helps them to make their work more simple and easy. Besides this, internet access has proved to be more beneficial for the gaming sector, now players can share the gaming space with other players by accessing the internet and can give a colossal push to each and every gaming event.

Even this technological advancement offers multiple-choice to the players. For example, if the player wants to play games like Doom, they can just go online and can interact with other players who are available at the neighborhood network. Due to improvement in the accessible net, it has become much easier for developing multiplayer groups for enjoying online games like PlayerUnknown's Battlegrounds (PUBG), World of Tanks, or any other Warcraft series.

Fashionable players can download any of the gaming applications on their smartphone or desktop. They can play any of the games with other players by switching to an online network. Players can even play some of the games on a particular browser for which the same has been developed. They can solely go through the web site and leverage the game as per their convenience.

Developers these days have started making games across a large number of genres starting from shooters to puzzles, users can leverage these games on any of the platforms by going online. The great increase has been experienced in mobile games these days, this is all because of increasing reality support. The advent of new gadgets will transform mobile phones into the new generation gaming console.

Augmented and virtual reality (VR) is integrated into numerous areas like advertising, research projects, development, and many more. This modern technology has proved to be boon for the gaming giants, it helps them to boost players' experience to a completely new level. The report predicted that the largest segment within the augmented and virtual reality industry would be in the gaming industry. It is expected that this technology will boost the gaming segment revenues by seven billion U.S. dollars by 2020, while it will grow more and reach around 11.5 billion by 2025. (Source) 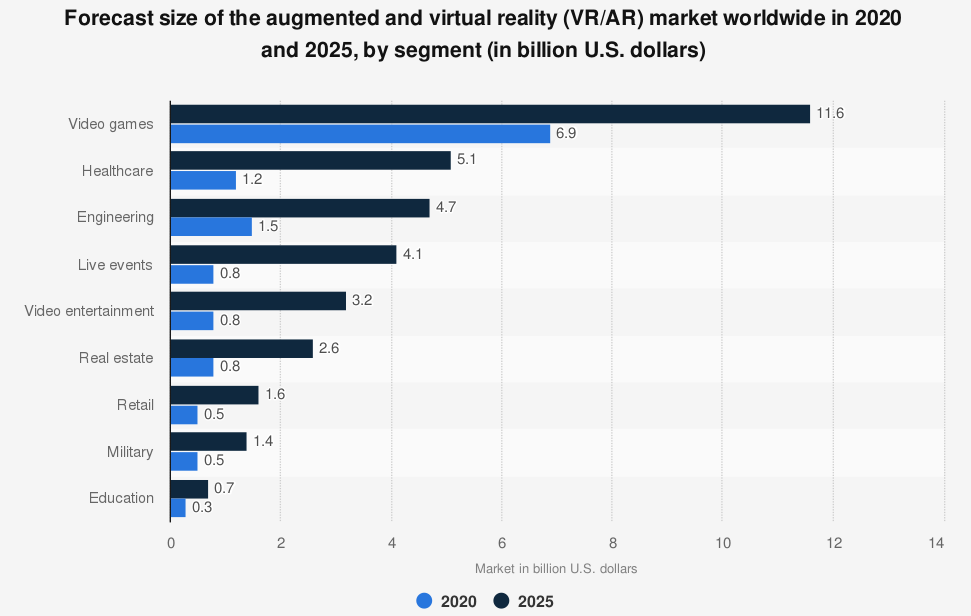 Many gaming giants are considering AR and VR technology for developing games that engage more players. And one such widespread AR-based game, Pokemon Go, has grasped the attention of more than one hundred million players worldwide in no time. This advanced game not only became popular among the players but also transported many millions to its developers. (Source)

Artificial Intelligence (AI) plays a primary role when it comes to redefining the classics of desktop games. AI conceptualizations have been considered by most of the sectors these days, it helps to redevelop the graphics analysis ideas. They can even redevelop the IT infrastructures and can rework the normal methodologies of the developed app to find where they are lacking behind.

Machine learning (ML) has created a huge buzz in the market with an influence on AI technology. Most of the game development companies are considering Machine Learning (ML) and AI as they know it well that it can help them to improve the graphics and animations of their gaming. Considering and implementing this technology can result in improving the quality of visuals and audio options. It also helps them to upgrade and update the existing platform, which finally leads to providing better user experience to the users in no time.

New technology is developing and evolving with each passing day. What appeared to be a norm in the past has become obsolete now. The line between real and virtual life is getting blurred day by day, online games are grating more buzz these days and are becoming more impressive. Thus it becomes essential for developers to stay up to date and tuned with the latest technology as it can help them to meet the demand of the present generation players.