Are we ready for the "Next Gen" of Consoles?

From http://phlume.blogspot.com/2012/05/are-we-ready-for-next-gen-of-consoles.html With E3 in a month and the idea of a next gen announcement form Sony and/or Microsoft, it begs the question...Is it time for the PS4/720 to arrive, and do we need them t
Chad Fillion
Blogger
May 05, 2012

With my last blog I had mentioned the possible release of the new PS4 this fall/winter. It seems to be about "on target" as far as previous release dates are concerned, but are we really ready for a "Next Gen" console release war again? Though the hardcore gamers say bring it on, would the general consensus of the masses embrace a release of a console from the big three in the next 6-12 months, or shun it and stay wed to the system they currently use; and are most likely quite happy with? Or will the power of the new systems just be juxtaposed by the PC computing strength?

Quick console release history:
(For a complete list, this is a great page.)
The first generation of home gaming systems fell in the 70's with the Magnavox Odessey and the Atari 2600 soon followed. Everything was hunky-dory for a while, then the crash hit. Attribute it to what you will; too many cooks in the kitchen, a multitude of sub-par released cartridges for the systems came out, people generally desiring being in the arcade as opposed to watching cheap 4 and 8 color knock offs on their small TVs at home...What ever the reason you want to blame it on, gaming at home was nearly eradicated. The disillusioned public didn't want to "play".

Then the paradigm shift occurred...1985 brought the release of the groundbreaking and game changing NES to our homes. The race was on. Sega jumped in, NEC wanted some, Atari and even Apple played a part in there too... everyone wanted a peice. Every handful of years or so, ever since the NES, a surge of computing and graphical power is released with a new console system; each one competing for the top of the pile with the faster/prettier system. First we jumped from Atari/Coleco vision to the NES who brought us "8-bit", then we surged again from "8-bit" to "16-bit" with the release of the Genesis, SNES, and TurboGrafix. On and on it went and by the mid 1990's we had 4-5 major players vying for the top slot: Atari's Jaguar, Sega's Saturn, Sony's new Playstation, Nintendo's N64, and the 3DO.

By the 6th gen we had three major manufacturers, and today, here in the7th generation, the three major systems (ignoring mobile and handheld all together for this article) are the Microsoft's XBox 360, Nintendo's Wii, and Sony's PS3. With the advent of technology through the years, systems have fought over graphics capability, hard drive space, processing power, inter connectivity (I'm still curious about all those extra ports on my old Nintendo systems...), WiFi/Networking, web access, BluRay, 1080p... As a consumer, this battle is great. Their war for the best constantly releases new tech to us with better and better capabilities. We Win! But... do we? 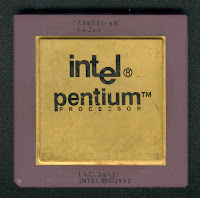 PC progress/Mr. Moore
Gaming consoles are just half of the story in the eyes of this writer. The interesting track record of the release of consoles over the last 30 years is that they have been offset by the slow and ever gradually changing curve of Moore's Law and processing power. If we couple that with the increase of RAM Speeds, HDD space, GPU/Video card capability, we find the curve is a trend that is offset by the stair-step of the console release.

Every time a console is released the hardware is fixed, in that none of the architecture inside can be upgraded by simply plopping in more ram, or replacing the cpu. In order to increase power and output, the whole system needs to be updated, hence another generation. PCs on the other hand have the upgradability to be able to grow with a user's desire. Want more ram? Simply replace or upgrade what you have... barring any motherboard (MoBo) limitations. Need more processing power? Pop off the old CPU and replace it with a newer, shiny, faster one (again, MoBo dependant). Same goes for disk space, cd/dvd/bluray drives, video cards, sound cards... all of the components are upgradeable... based on the MoBo limitations of course.

One can assess a computers updatability, or "future proofing", by simply looking at a mother board's capability. If you buy a motherboard that can handle what you need now, but the end of the line is near what you are buying into... you have a short (relatively speaking) lifespan of upgrade-ability. Buy into a decent board with architecture for the future and you have a stable platform on which to build a speedy beast for years to come (Watch for this article soon... "The New Gaming PC build")

But how does this tie into the VG Console you say? Or more importantly, how does this relate to the readiness of consumers to purchase a new wave of consoles starting this winter? Well lets look at the timelines side by side:

Time for upgrade?
If we look at the processing speeds, RAM speeds, and HDD space available for computers starting with 1995, along with their console counter part, you get a good cross section of the average computer available at the time compared to the console. Now, I could spend weeks compiling all of the data and comparing all of the options. (...please, go ahead and do that if you want to, and add to this article... I sure as hell am not!) What I am doing here is a simple comparison on the average, in lamens terms, so as to produce an example to build my premise on. This is a hypothesis in the making from a blogger, not some Scientific American article. :-) 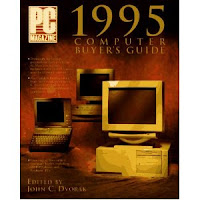 
For comparison, the Playstation (Released in 1994) came with: 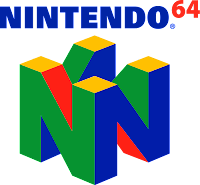 
Now, lets jump forward five years... 2000/2001. Home gaming systems were in full swing, Pc gaming was on the rise commercially, and the home computer/dot com boom was thriving. Gone were the days of the PC being a "worker's tool" or only for "businessmen", as students and parents used them for everyday enjoyment and personal use. The rise of the prevalence in the home computer was making the need for speed, and cost effectiveness more commonplace. The gaming system, however, was still just that... just a gaming system... for now.


In 2000 an average computer listing may have offered these options: 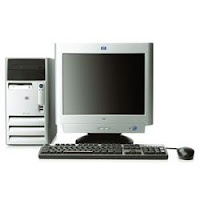 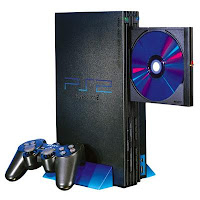 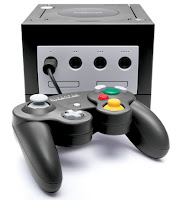 The XBox from Microsoft (Released in 2001) ran with:

As you can see, the new computer was still a little slower than the console at their release, depending on the components you purchased and how much you wanted to spend. Remember though, start small and grow with the times in the case of a computer, but purchase once and never upgrade with the console. In 2000/2001 a new bench mark was set with the consoles and over the next few years the computers slowly caught up.

Stay tuned for part two of this article which will review the 7th generation console release in 2005/2006 along with a side by side comparison on the average computer available then. I will also reveal my opinion/position on the possibility of the release of the 8th generation of console based on the current PC computing market and my thoughts on the 8th gen's release in the next 6-12 months.

Chad is an Adjunct Faculty member teaching video game design in Boston, MA. He is currently a freelance designer and owner of Phlume Artist Management. He can be reached for comment at chad @ phlume.com.