You would expect the answer to be yes. How about some research to prove it and study the language of user submitted game reviews.

2 years ago, I completed a research thesis analysing the language disparities found in core and casual computer game reviews. These disparities were examined to provide insights into the game critique traits exhibited by core and casual players. This objective was achieved by conducting a textual analysis on a sample set of 10,000 user-generated reviews, focusing on their use of game feature terminology.

A number of studies have examined mobile app user reviews from a sentiment analysis perspective. While sentiment analysis is part of this study, it is principally concerned with the critical language and terminology used in computer game reviews. This research compares and contrasts the text used in reviews of core and casual games.

As core game players are seen as more dedicated to the craft of gaming, this study analyses a representative sample set of game reviews to assess if this dedication is evident in the vocabulary and terminology used in the review texts.

For core games, a textual analysis was carried out on the Steam portal. For casual games, the analysis was conducted on the Google Play mobile portal. The summary findings suggest that core players write longer and more feature-detailed reviews. It also indicates that casual game players write short emotive reviews, with stability issues featuring regularly in their reviews.

Some of the key trends and patterns from the findings include:

- Role-playing-game reviews were the longest on both platforms

User reviews play a pivotal role in representing the voice of the new generation of mobile game players and traditional computer games. They are an efficient method for disseminating players’ experiences to other players and game creators. The finding of this research indicates that core players display a more in-depth knowledge of game features in their reviews. Casual players express a wider range of emotions in their shorter reviews. This study was conducted on a limited sample size and a larger study would be needed to corroborate these findings.

For some interesting visual data on game review, you can visit my thesis site here: 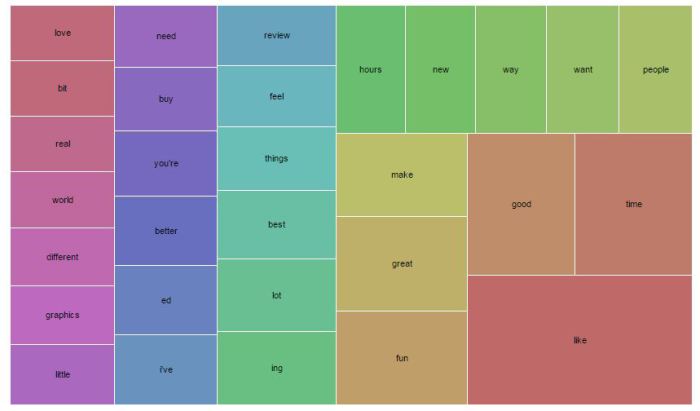