An Interview with John Henderson

The Austin development community has a strong heart. The IGDA chapter is involved and dedicated. And its secretary, John Henderson, has done more in recent years to keep community alive than anyone in game dev. It's time to put him in the spotlight.
ALEXANDER BRANDON
Blogger
February 06, 2014 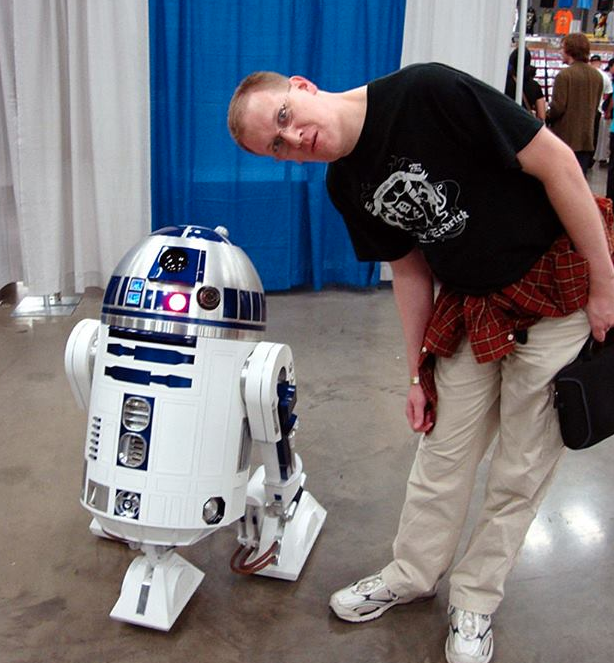 The Austin game development community has a strong heart. The IGDA chapter is involved and dedicated. And its chapter secretary, John Henderson, has done more in recent years to keep community alive than anyone I know. It's time to put him in the spotlight. We'll start with a little background.

So the money's here, but arts and entertainment folks don't know how to get to it. Somehow, other software-based companies are finding their way to get the capital they need, but not enough of them have games as a product. Given how much at a premium hardcore programmers are in the game space, you'd think that the opportunity for them to make software, get paid well and enjoy the environment even if they aren't making games, would be considered more of a critical issue.

I think that problem is being addressed locally by experienced programmers forming their own boutique shops and hiring themselves out as needed. Midnight Studios, Steel Penny Games, Bluepoint Games and so on -- they've all worked on fairly high profile projects in recent years, but you wouldn't know their names unless you did your research, but then you'd probably never know they were based in Austin.

The most critical need for Austin is more people who can run a business and employ all the creative and technically proficient people who want to continue to live here, choosing to put down roots here, themselves. The old saw is that SXSW and other events draw people like that here, but then they go back home. Or worse, they stay and don't get used to the lack of a California-like investment climate, then go back home after less than a year, discouraged and full of bad omens. I'd like to be a snob and say we don't need people like that in Austin, but we really do -- we just need a little more patience and a willingness to get in on the ground floor.
AB) You've done a lot for people who have been laid off with events to assist with networking as well as social get togethers to honor their work. Without resorting to finger pointing, purely post mortem advice here, are there any overall observations for large companies that you can impart?
JH) Make money, but be less partisan. Understand that Austin's value is in its diversity. We've been in the place where just a handful of studios employ everyone, and we should all be thankful that isn't how things are, anymore. Make money, so you can give some away to mutual efforts to improve the quality of life for all, so talent will want to stay here, and they can have more seamless transitions in their careers.
If anything, I don't think big companies get appreciated enough. Big projects come from them, and there are some devs who really like working on big projects. Plus, they have the biggest piles of money, so they're most often solicited whenever resources are needed. However, smart phones and Steam and the years following their advent have proven that big projects are just as risky as they've ever been, and that it's no longer absolutely necessary for games to be big, to be successful. Those finding ways to empower smaller teams working on smaller scale projects, identify their market, make sure it ships and bring it to market, are doing remarkably well, measuring their success in tens of thousands of units sold rather than millions.
If more companies in Austin understood that reality better, we'd have fewer big projects collapsing under their own weight, or teetering under untenable and uncertain risk. Don't be big just because big is all you know how to be. Be as big as you have to be, and then pay it forward for everyone else, and remember where you are, who came before you and who your neighbors are.
Be less partisan, so you don't forget how to work with others for mutual goals. To riff on the "independent spirit" business above, if there was a way to make it easier for everyone who wants to work to know what resources exist and who to work with, honestly, the events we have could be more casual and less desperate as people fumble around in the dark (figuratively) for what they need to get their job done.
Production
Get daily news, dev blogs, and stories from Game Developer straight to your inbox
Subscribe