A morning at one of the oldest game studios

A day in the life of the CEO of one of, if not these oldest PC gaming studios in the industry.
Brad Wardell
Blogger
August 25, 2016 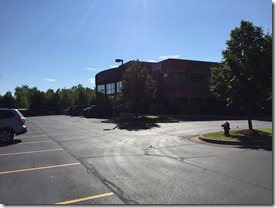 I’ve been riding my bike to work lately.  I only live 4 miles away from Stardock’s Plymouth Michigan studio and I really need to get into better shape.

My son is interning here this Summer.  At nearly 20, he’s just about the same age I was when I started the company.  He’s really good too. Better than I was.

I only founded Stardock to help pay for school until I could get a “real” job.  I incorporated Stardock 23 years ago.

In 1993, I was attending Western Michigan University in Kalamazoo Michigan trying to get a degree in Electrical Engineering.  I had three other jobs.  One job was working at Babbages on weekends. Another was working for Dr. Vuicich in the geography department and the last job was teaching EE lab classes and occasionally subbing for professors who taught Freshman EE classes.  Stardock, in essence, was the 4th job.

Having grown up in a single parent household, just my mom and I in an apartment, I didn’t have any grand aspirations.  I just wanted to do and make cool stuff. Now I get to make cool stuff and work with great people.

As I get off my bike at the front door I’m greeted by Arrow. 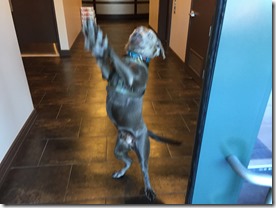 We allow dogs at work so each of the 3 floors of the Plymouth building has its own dog greeter.  I look over and see the giant plant that I used to keep in my box turtle’s habitat when I was in high school.  It’s older than many of our employees. 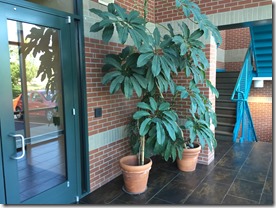 I got this plant in high school for a turtle aquarium. It now plans to conquer and enslave this planet.

In hindsight, I really had no business starting a business.  I’m an engineer in every sense of the word.  I have the social graces of a cranky old engineer to match. My social media accounts are almost always a train wreck. 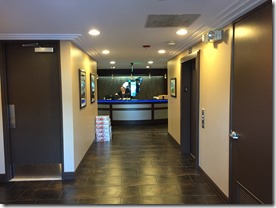 The view from the front door i n.

I walk up to see our office manager, Stephanie.  I notice the packages up in front. I'm always jealous of seeing cool new hardware coming in. There's never enough new hardware.

Today is a pretty typical morning.  Which is to say, both amazing and surreal.  Today’s agenda is getting ready for the annual Stardock Steam sale.  It was planned out last January with Valve and it’s a big weekend for us.  There’s a lot of debate on pricing.  How do you make the sale compelling enough to justify the valuable screen real-estate Valve is providing without upsetting our loyal customer base?  One of our most common debates is how to reach new customers without upsetting our loyal fans. 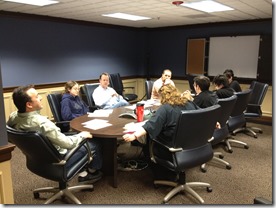 A lot of people don’t realize how small our teams are.  This picture is of the GalCiv III team when it first started.  When you’re self-funded, you operate under a whole different set of conditions than a company that has VC or public funding.  Every cent we have comes from our customers.

In fact, an irony is that any time I need to use a credit line to invest in a major new game, I have to use physical assets as collateral. All our IP counts for nothing.  So any time we’re spending millions of dollars on a new game, whether that be a Galactic Civilizations or Star Control or Ashes of the Singularity or Offworld Trading Company, that money comes strictly from either banked profits or borrowing on physical assets which can create some anxiety when you’re making something that will take 3 years to generate revenue.  That's one of the reasons why we own our building.

Getting to work with great people makes it worth the stress. 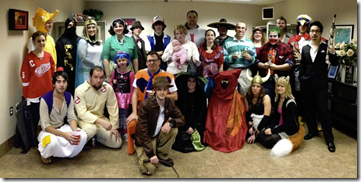 At Halloween, many people dress up and we have a Halloween party.  We also get to go to movies.  It’s just one of those things that makes it more fun to come to work. 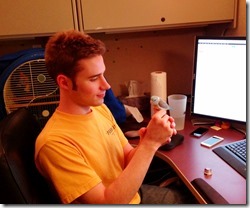 For awhile, Jon Shafer, who designed Civilization V, worked here. He did the initial design pass on Galactic Civilizations III.  He’s currently working on his own indie game called At the Gates. 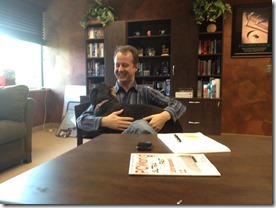 My dog has a crush on Derek

One of the best things that happened to Stardock was a game called Elemental: War of Magic.  It didn’t seem so at the time because the game was a disaster.  I think about that game every single day even though it was released 6 years ago.  It was my dream game but it ultimately failed because we were still operating like a tiny indie.  That’s when I realized I needed to start hiring managers and designers.

Derek Paxton was one of the people I recruited to help me run the company after Elemental. He was best known as Kael, who did the Fall From Heaven mod for Civilization IV.  Soon, with Jon Shafer’s help, I was in contact with Soren Johnson and Dan Baker and other leads from Civilization IV and V who had left Firaxis and were looking to start their own companies.  That’s how Mohawk and Oxide got started. 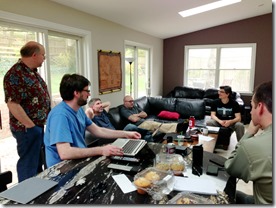 The nucleus of Oxide and Mohawk working out of their starting location: Dan Baker’s house. 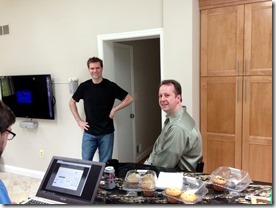 Soren and Derek in Dan’s house while we plot out the schedule of Ashes of the Singularity and Offworld Trading Company. 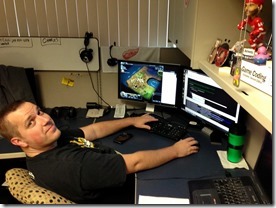 Charles working on an update for Fallen Enchantress

As I write this, Stardock is working on Sorcerer King: Rivals, Ashes of the Singularity: Escalation, Galactic Civilizations III, a Star Control prequel and an unannounced game.  And that’s not counting what Oxide and Mohawk are up to.

Mind you, our entire company is less than a hundred people.  When I started out, it wasn’t unusual for a game team to only have a half dozen people.  You’d have 3 programmers and 3 artists with one of those people standing in as a producer/designer. Today, even we can’t make a new game with that small a staff.

Ashes of the Singularity was developed with 5 programmers, 2 artists, a couple contractors and me.  And that had to be done from scratch.  To put it in perspective, Supreme Commander had a budget of over $20 million.

But what we lack in budget we make up for in longevity.  Our customers know we’ll be here next year and the year after.  So our games come out and they keep getting better.  We're in it for the long haul.

Most of the Stardock Plymouth team eats in the cafe.  We splurged on the cafe but it’s something we’re pretty proud of. It has a really sweet kitchen, tables with company logo on them, game area, stage like area, outdoor sitting on a deck by our pond.

The Star Control team out in Towson Maryland doesn’t have a cafe but I am often jealous that the building they’re in has this really sweet cafeteria downstairs where they’ll make you anything you want. They even sell cookies. Which Dan Baker steals from me every time!

Plus, the Towson studio is next door to Big Huge Games so they can get together and play board games and compare the pros and cons of indie life of being able to make anything you’d like on a small budget versus having ample funding but having to make free-to-play games.  The green grass comparisons are frequent.

By this point, I’m loading up the latest build of one of the upcoming games.  It’s looking better but the lighting is still off.  The material looks blown out. Can we fix it with a shader tweak or do we have to implement another system?

When we were a smaller studio, communication was easy. We were all in the same room.  Now, there’s so many more people and so many moving parts.

QA is mad at one of the game teams because that team keeps checking in stuff without specifying what they want tested.  The game team is mad at having to have a deadline based on the Steam sale.  The marketing team is frustrated that no one knows where the new music tracks are.  The publishing team wants to know why the marketing team chose one screenshot over another.  The art team wants more tools to getting textures into the engine easier. The support team wants to know if there’s been a fix to a crash caused by a recent video driver update. The dev team wants to know how to get access to earlier Windows builds for Object Desktop work.

A lot of my afternoon is spent helping facilitate communication between these groups. They’re the best and brightest but different groups have different priorities which aren’t always compatible with other groups. 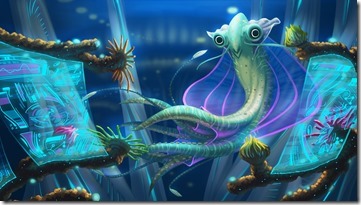 One of the aliens for the upcoming Star Control prequel.

I tend to wait until after rush hour to ride home.  Beck Rd. is not friendly to bikes.  I end up taking Ridge instead but I can’t get there without going on Beck a little bit.  It’s a fairly quiet ride which lets me participate in a conference call from a studio looking for us to fund their next game.

Like all the other endeavors, there’s more opportunity than there is capital.  How well will the Steam sale go? How much is budgeted for Soren’s next project? Is there enough funding saved away for the VR project?

I try to remember in my head what the release schedule for 2019 is. If only we could release games in 4th quarter. But as a small studio/publisher, we’re keenly aware of how hard it is to get coverage.  This past Spring, we released Offworld Trading Company and Ashes of the Singularity.  OTC got 24 metacritic reviews despite being made by the designer of Civilization IV and being very unique. No Man’s Sky has 82 and counting in the first week since release for comparison.

The biggest challenge we have today isn’t making great games, it’s making sure people even know they exist.  When I get home, I think about buying a new game. I go on Steam and see that 47 games were released today.  Instead, I load up Vtune and play my other favorite game, performance optimizing.

I know I probably won't get much sleep again because I'm excited to start the next morning.