Promotion and advertising are really important part of making your product successful and profitable, but it seems that some companies go too far and become a bit too creative in a wrong way.
Larry Gate
Blogger
April 04, 2016

Here are a few examples of the popular mistakes of the large companies which will help you to prevent problems and financial instability.

Bringing some parts of games to real life in order to promote them may be pretty exciting, and it sounds pretty normal and looks quite fun to see a bunch of Pikachus parading on the streets. But the plots and frameworks of some games which are violent for example simply make them inadequate for something like that. Or does it?

The Ubisoft company doesn’t think so. In order to promote their new game called Watch Dogs, they sent an odd safe to the Australian MSN offices labeled with a note saying that they should check their voicemail. However, they did not have a voicemail set up. Along with the safe came a code on the piece of paper: after they entered the combination the beeping started coming from the safe and everyone was terrified.

They called the bomb squad which managed to open the safe and reveal what is inside – a Watch Dog swag. All that trouble and so many people frightened for a bit of game advertisement do seem a bit exaggerated.

This was not the first time that Ubisoft performed a stunt like this – several years back they did a similar promotion of Splinter Cell: Conviction. In a place in New Zealand, they sent a guy in mercenary’s uniform into a bar equipped with a really well-designed fake gun with which he waved around. Luckily people called the police and everything ended up without casualties – imagine if someone else had had a real weapon and got too scared? It probably wouldn’t have ended so well.

Guitar Hero throwing plastic instruments into what they had thought was an active volcano. This game lost a lot in its popularity by 2010, and that is when Seven45 Studios came to their aid. What they tried to do is make the game more realistic so that you could really learn something, and not only get blisters playing various intense songs such as Through the Fire and Flames.

However, they tried to celebrate this occasion of abandoning old ways in a symbolic way – by throwing out a pile of Guitar Hero-style instruments into a volcano and recording the feat in order to promote it.

Yet, this Icelandic volcano named Eyjafjallajöskull which was famous for causing problems in transportation at the beginning of the year was not active at the time when they reached it. They were disappointed, but this did not prevent them from doing what they came for – they threw out the bunch of plastic instruments into an inactive volcano.

In order to overcome this issue, they ran for help to a special effects expert who had a lot of jobs actually concerning this shot. He had to change basically everything, adding lava and making the atmosphere smoky and frightening.

Even though this did not bring any chaos and havoc like the stunts performed by Ubisoft, it was a failure in several ways. They only managed to litter a charming landscape, and no one actually played this game. It was not only that the idea was poorly implemented – the idea itself was not good enough.

Electronic Arts and Bioware with Mass Effect 3 and weather balloons

This part of the sequel was expected with a lot of thrill since its prequels were very popular, and EA came up with a pretty clever-sounding idea about a week prior to its release. 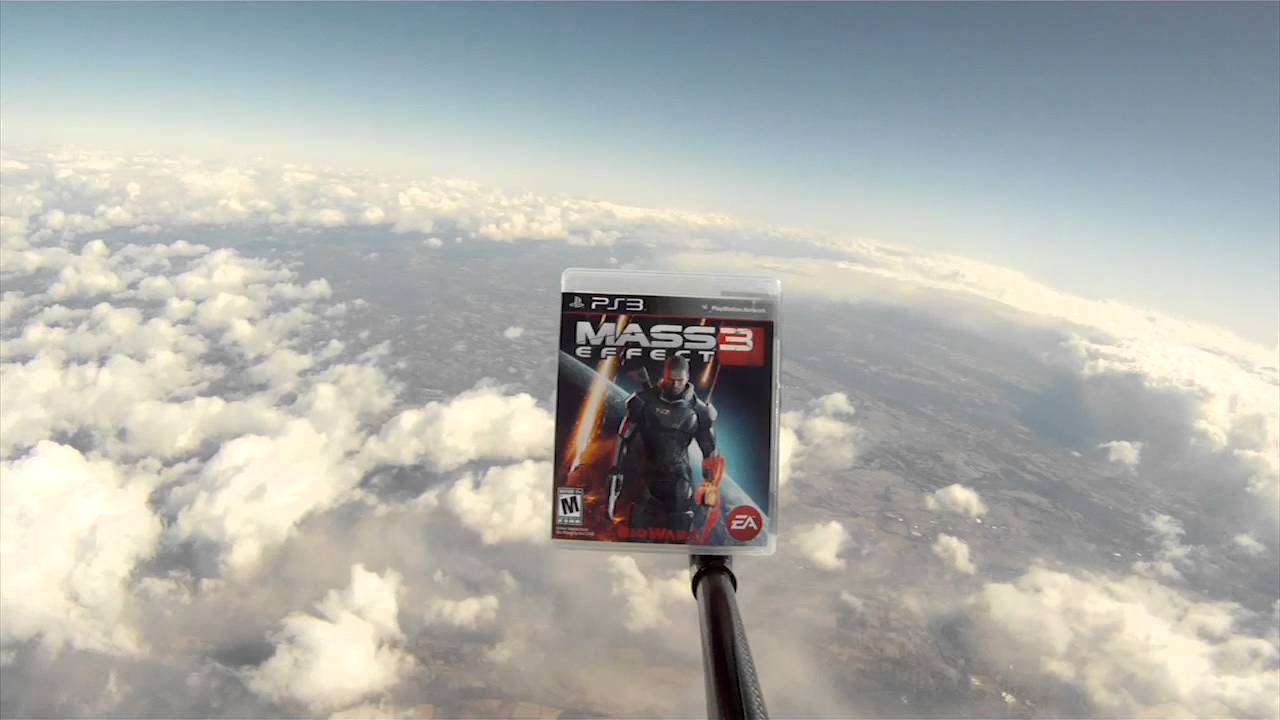 They launched a few pre-release copies of Mass Effect 3 into space with the help of weather balloons and published GPS coordinates on their website for fans to track. If you wanted to get this copy, you had to come first to the place where the balloon would land.  But trouble came when people from EA realized they had no way of directing those balloons.

One of the balloons landed on the top of the tree, and since there were many fans who had a huge desire to possess this copy, they used some not particularly harmless means in order to try to get it - they threw baseball bats at it.

Another one landed on a private property and had to be picked up by reps. Instead of calling off this dangerous giveaway action, they just advised their fans not to be so desperate and kill themselves over a game that will be available in a week anyway.

EA and Bioware failed to anticipate how things might take a dangerous course if only the fans knew about this, the rest of the world was unaware of the whole process and, therefore, looked upon the fans as sort of lunatics.

One of the fans who later got his hands on the pre-release copy even claimed to have first received wrong coordinates from EA thus entering a private property where a person with a gun threatened to kill him.
Fortunately, everything ended well and no one was harmed, but it is clear that the whole thing was poorly organized.

Sony had a lot of problems regarding advertising of this powerful little machine even though it was in many ways better than its competition (better hardware, smaller dimensions). This was not the only area where Sony failed, it also failed with many of the ads supposed to make you want to buy their video games for this device. Here is how Sony introduced the White version of PSP – they were put next to each other on a billboard and the white one treated the black one like it was worthless. This was not the first time that PSP marketing team had to take down their advertisement after the reaction of the public.

Also, when they tried to promote their PSP via their new website, they tried to do so trying to attract the kids with a horrible rap video which was also a bit inauthentic as discovered by several “internet detectives”.

Moreover, Sony tried to promote their PSP in the subway and at train stations in the UK in a pretty vulgar and outrageous fashion – one ad invited you to play PSP in order to escape your girlfriend’s pointless questions.

Another said that “your girlfriend’s white bits are here” (slang for breasts). And finally, another ad advocated suicide in a joking fashion, it tells you to “take a running jump here”. Very bad move since it is well known that people do tend to commit suicides at such places.

EA started with this strange practice of sending odd emails to game bloggers and journalists around 5 years back, and the first bizarre move they made was sending a sack of ground beef meat containing dog tags and shell casings in order to promote their game Bulletstorm. 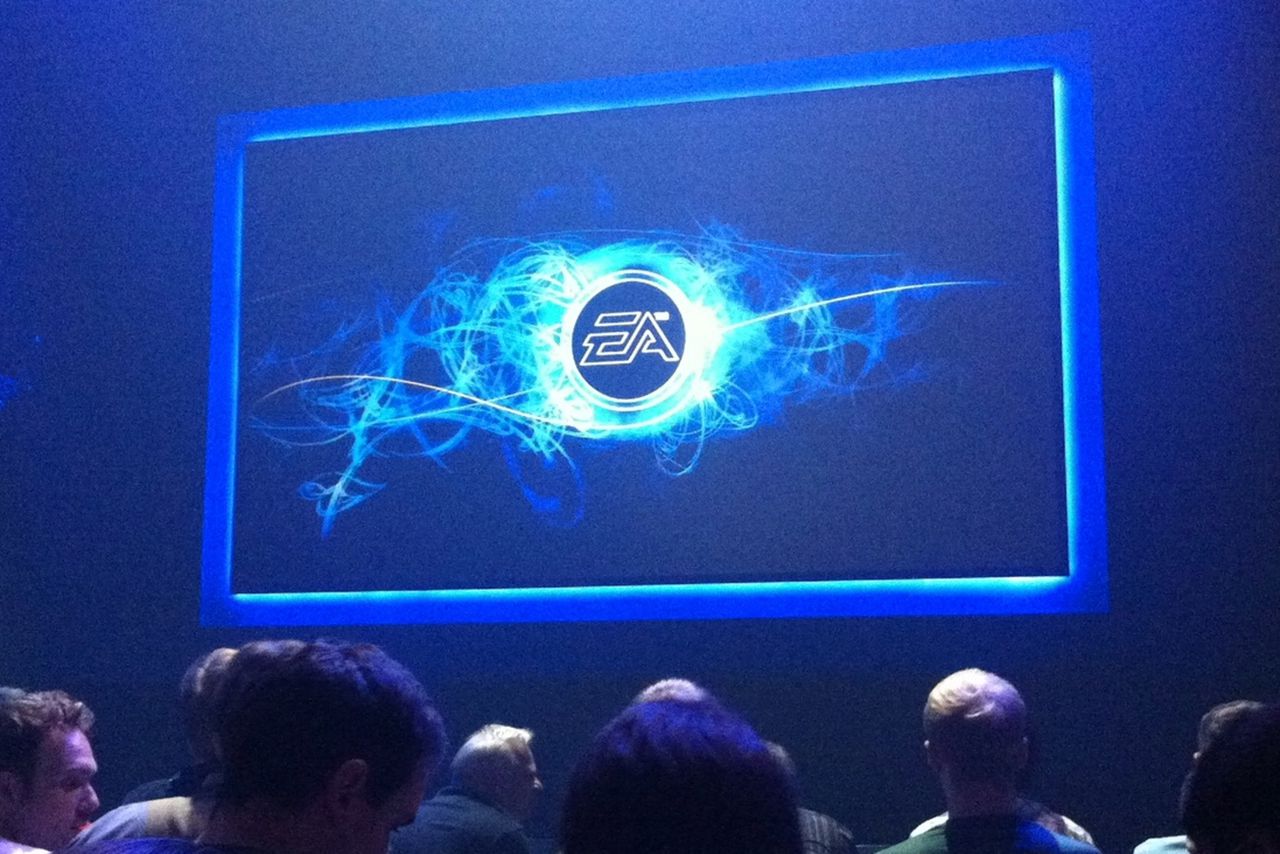 In another instance, for the sake of Dante’s Inferno promotion they sent checks for 200 bones to journalists celebrating the sin of Greed. These strange moves were not always expected to go smooth, and EA was prepared even to “bribe” the journalists with an iPhone.

This eerie marketing campaign could not last forever as was probably expected. The company ran into the problem with the law when they tried to promote The Godfather 2 game by sending brass knuckles to one of the journalists. This action was illegal, as well as was the possession of this weapon in several states including California which is where EA is located. The company apologized for this move and recalled the package.

Even though some of these practices did not portray the company in the best light, the purpose of all the promotions was served – they all made the games they promoted very popular.

The author of this blog and contribuor for the popular free slots website prefers to not use such methods of Email marketing to not have any law issues.

It is well known that some collector’s edition tend to include various extra items, even though with most of them you just get a soundtrack. Deep Silver packed their special edition of Dead Island: Riptide called Zombie Bait with a pair of hot zombie tits among other things.

Sega also practiced this way of advertising with its Saturn, but contrary to what their ads make you believe, the game is about you spending lonely nights with Clockwork Knight 2 and Battle Arena Toshinden.

Nintendo tried to promote Virtua Fighter in a similar manner with a woman clothed in a bathrobe, wearing heels and a hole in the head. It seems that Nintendo shows a complete lack of comprehension regarding human sexuality and reduces us to something we are not with its plain pandering.

Even though most of these advertisements drew a lot of attention, they did not portray the companies which made them in the best light. It seems that these companies were ready to sacrifice a bit of their own reputation for the publicity of their products, but was it really worth it is up for you to decide.