Release a demo? Use a donate button? Pay for additional levels ? Let's take a look at 4 type of MicroTransactions.
Simon Lachance
Blogger
June 30, 2014

In my last post I wrote about 3 rules for Freemium game devs. Today I’d like to go over a couple of different types of MicroTransactions and get into the business side; to give some insights on how to optimize it or when you should use it. 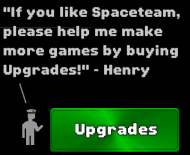 It's the equivalent of the street performer passing the hat after a good show. While you are sure nobody will be angry by this type of MicroTransactions, it's not really effective as a revenue. Don't rely on this to pay your bills, just take a look at the numbers for the massive hit Space Team. However, Henry wrote on his blog that he did not made this game for money but made it to put his name on the radar. After multiple awards, and nearly 2 million downloads I think it's safe to say he succeeded :)! Congrats Henry!

One interesting approach is the one Bari Silvestre did for Pretentious game. The game uses the good old Demo -> Full game approach, but when you are about to complete the purchase, you have the option to either buy the game for a dollar or give a little more and support the studio (up to $5). Bari claims that simply doing this got him 30% more revenue. Why? The difference is that in Bari's game, your brain already agreed to pay for the whole game. When he asks for a little more, then what's another $2 to support the guy? 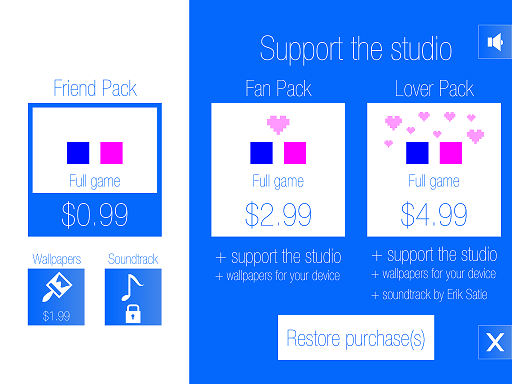 The big difference can be explained with the famous chocolate experiment by Dan Ariely :

In one of his experiments, Ariely set up a booth in a well-trafficked area. Passersby could purchase chocolates :

Hershey’s Kisses for $0.01 a piece or Lindt Truffles for $0.15 each. The majority of people who faced this offer chose the truffles. It was a fine deal considering the quality differences and the normal prices of both items. Ariely then set up another booth with the same two choices but lowered the price by one cent each, thus making the kisses free and the truffles cost $0.14 each.

This time, the vast majority of people selected the kisses instead of the truffles.

Basically, once your brain agrees to open your wallet, the price difference between $1 and $5 is much easier to accept.

If you go down that road, the biggest question you'll have to answer is "Where do I end the demo?". You need to cut the experience when the player wants more, without pissing him off, that's a really complicated challenge right there; It's not as easy as it seems. Gasketball did the demo -> full approach, but unfortunately didn't paid off: "Gasketball has succeeded well below what Solipskier did in it’s first few weeks. Only 0.67%.people buy the game in the end."

If you put too much content in your demo, people won't bother buying the full version. That's what happened to us with Deep Sea Mahjong. We got great reviews, players opened the game 25 times in average, but they just played the Daily puzzle and left. They had enough with the free version, why would they buy the full version ? 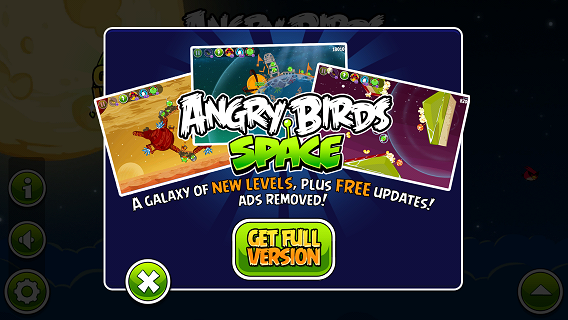 If you can't find a nice way to split your game, just put a price on the whole thing and don't even release a demo. And you know what, if you don't release a demo, if might even a better solution!

It’s essentially the same as the “demo-> full” route, the main difference is the game is designed to be updated, to have more content in the future. You know, when you see an interface like this: 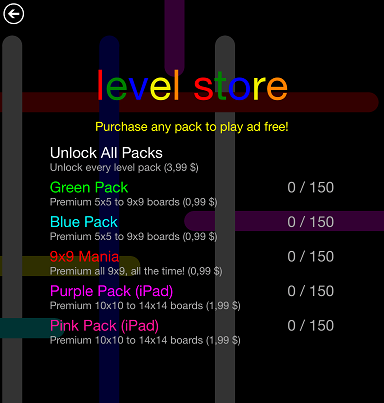 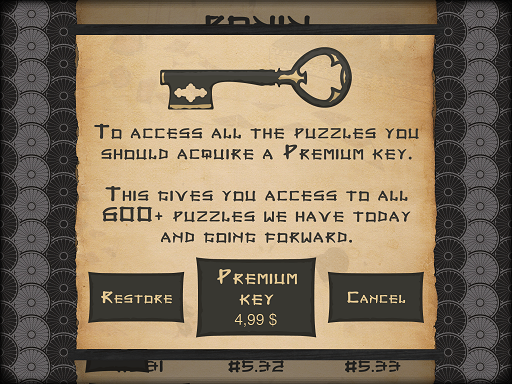 When I started writing this article, I was under the impression that more game were selling single-shot sets of levels out there (Level Pack 1: $0.99, Level Pack 2: $0.99, etc.). But I keep seeing games that are asking for a one-time purchase to unlock all levels AND future levels. As a player, I much prefer that approach, you pay one time and that's it; you get everything plus what's not even released yet. As a developer though, I'm wondering what's the difference between charging $0.99 per level, or charge $2.99 for all levels.

While I never experimented with that model myself, I did some research and what I found out is that for heavy-story based game, developers tend to charge per episodes. Games like Phoenix Wright, Ghost Tricks, Final Fantasy Dimensions, The wolf among us, Back to the future, etc. If the game has little to no story, like a puzzle game or an upgrade game, developers tend to charge once for everything AND future updates.

But hang on, if people only have to pay once, making new levels and updates won't give you more money right?

For every update you release, you'll get a boost in exposure, increasing your user base. You'll get media exposure, and a possible feature spot. You'll give a new life to your game and you can do that as often as you like. Updates, updates, updates. Developers of Badlands shared the impact of making updates at the last GDC:

For single player games, that doesn't really work. The whole point of buying cosmetic changes is to show it to people, to brag about it, to be proud of it. It's the equivalent of jewelry. If you can't show it to anybody, it's pretty much useless. In multiplayer games on the other hand, that stuff works a lot and won't even change the game’s design at all. Games like Path Of Exile use that concept masterfully and are able to fund their development team solely from these cosmetic purchases.

The thing to remember here is you don't sell skins and costume, you sell reputation. You sell respect.

If you're working on a single player game, one thing you can do is to sell jokes. Just like the Mankini in Major Mayhem. In that case, you're not selling reputation, you're selling curiosity. "What the hell will it look like?" 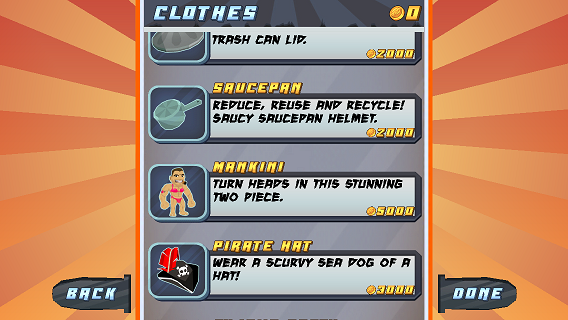 That's all I got for today and I've only covered half of what I wanted to, more to come soon!