Our space adventure/survival game holds a galaxy filled with more than 1000 unique worlds, 20+ interactive space businesses, and various points of interest. I want to share our groundwork and approach for doing this with only two developers.
John Watmuff
Blogger
March 03, 2021

Our space adventure/survival game (Lilith Odyssey) holds a galaxy filled with more than 1000 unique worlds, 20+ interactive space businesses, and various points of interest. I want to share how we set the groundwork to generate game assets for this kind of scope and outline our approach.  Hopefully this gives other developers (or even players) a framework for making a game map that feels broad yet unique. And, in some ways, describes how we designed the gameplay environment to be interactive with logical points of challenge.

When the two of us settled on the (foolishly large) idea of creating an open world galaxy, we forged ahead with loose ideas: fill space with unique worlds, cosmic businesses and illusions of “life.” In many ways, we wanted to create a finite but massive galaxy that could be explored, mapped, and understood – similar to the worlds of Grand Theft Auto or Legend of Zelda. We also wanted it to make it all feel alive, as if the galaxy had been lived-in by beings for millenia. This was a very tall order for two devs making a game in their spare time, so for the sake of time and sanity we had to make concessions. How’d we set out? 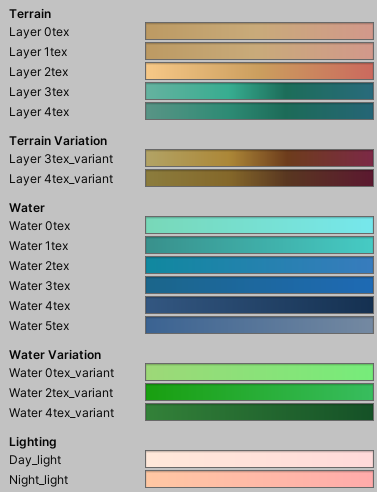 At first, we tried to randomly generate animals. And while they were charmingly freaky, they didn’t have the emotional connection we needed. 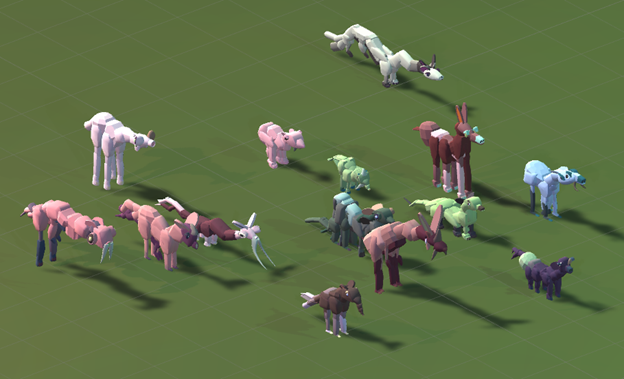 Though the variety in our animals would be limited, we felt that they looked more intentional and relatable if we hand-crafted them ourselves. 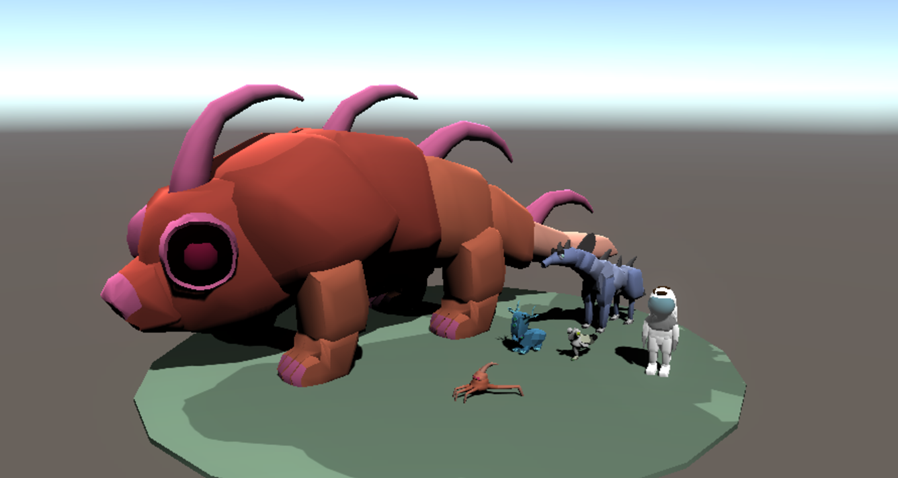 Planets, moons and asteroids are integral to gameplay as they hold resources and fuel that keep players alive and ships moving across the galaxy. Since players would land on these space rocks rather frequently, we knew we had to keep them fresh and intriguing. To generate the feel of unique worlds, we had to have enough environmental variables for them – details that we could manipulate across a breadth of occurrences so that no two places would ever appear the same. These details were:

With these variables defined, we created more than 300 star systems that, in aggregate, held more than 1000 types of explorable worlds, such as planets, moons, and asteroids. We even threw in gas planets for ambience!

The process was painstaking and somewhat gritty. Mind-numbing data entry. We worked in a simple database to name each star system, name the orbital bodies they hold, and then semi-randomly assign the above variable elements to them. I say “semi-randomly” because we connected certain variables for effect. For example, planets with particularly rich resources typically have some kind of hidden danger – whether that’s predatory animals or gangs and raiders who won’t hesitate to blast at the player. High reward should come with high risk.

All this data was pumped into a planet generation module that we coded in Unity. There were plenty of hiccups from human error, but nothing that couldn’t be identified and straightened out. From there, we positioned each star system in our galaxy to create solar highways for space sailing, risky shortcuts, and pockets of alien civilization.

I wouldn’t say any of these systems are particularly complex. They are deepened by data, simple elements of interactivity and low-poly models. These elements combined work together to create variability across breadth, and life across stillness. Creating something vast is a unique challenge, but one that can be tackled by a variety of simple detail. And the main trick of those details is that they suggest just enough of something to prime the imagination to fill in the rest.

Hopefully this idea dump helps with conceptualizing little tricks and features that, when working together in your own project, can create a level of immersion that touches the vision you have for your work.