This week's roundup includes a look at the odd & striking Yuppie Psycho, an exploration of why Thomas The Tank Engine keeps getting modded into so many games, plus looks at Mordhau, God Of War's creation, Sable, Vader Immortal and a whole host of others.
Simon Carless
Blogger
May 10, 2019 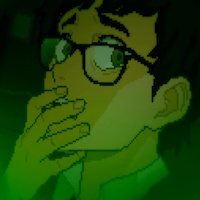 This week's roundup includes a look at the odd & striking Yuppie Psycho, an exploration of why Thomas The Tank Engine keeps getting modded into so many games, plus looks at Mordhau, God Of War's creation, Sable, Vader Immortal and a whole host of others.

Somehow, I've managed to get even more links than normal, AND send the newsletter out early, so clearly something is going wrong around here. But seriously, thanks to all the great writing and video showcased in the below links. And the creativity coming out of the game biz nowadays, despite the disruption (of business model, monetization, and even culture?), is off the charts. Long may it continue.

The new Ghost Recon leans into survival and a grim Black Mirror future (Michael McWhertor / Polygon - ARTICLE)
"Ghost Recon Breakpoint will put increased emphasis on survival, pushing the Ghosts to their physical limits, Ghost Recon executive producer Nouredine Abboud said at a preview event for the game in New York last week. When the Ghosts infiltrate the island, their helicopter transport is taken down by swarms of flying drones."

What to play: ‘Astrologaster’ gets topical with Shakespearean-era alternative facts(Todd Martens / LA Times - ARTICLE)
"“Astrologaster,” set sometime around 1600, has no business feeling as timely and realistic as it does. A modern video game farce, “Astrologaster” ultimately shows how little things have changed in four centuries or so, especially when it comes to humanity’s understanding and acceptance of facts."

Subnautica Postmortem (Jonas Boetel / GDC / YouTube - VIDEO)
"In this 2019 GDC postmortem, Unknown Worlds Entertainment's Jonas Boetel explains how open development saved Subnautica. Boetel explains what open development is, what it means, and how it affects every part of the independent game making process. [SIMON'S NOTE: also added to YouTube this week from GDC: 'Building Games Around Humor: Lessons from The Haunted Island, a Frog Detective Game' & the 'Lemmings Classic Game Postmortem', among others!]

Yuppie Psycho makes a unique brand of illustrated horror playable (Jeff Ramos / Polygon - ARTICLE)
"It’s a shame that legendary horror manga creator Junji Ito never got a chance to work in video games. With Silent Hills being canceled, I thought I’d never be able to play a game that implements his trademark storytelling style that fuses the mundane with grotesque horror. But Yuppie Psycho, a “first job survival horror” game out now on Steam, looks and plays like the next best thing."

Talkin' 'Bout tiny Games (Errant Signal / YouTube - VIDEO)
"If you've followed this channel for any amount of time you know that I like small, weird, quirky games. And there are so many out there! And you would think that would mean we'd have coverage of small games for days, but... we don't. And so I wanted to take some time to talk about why!"

Can an Art Collective Become the Disney of the Experience Economy? (Rachel Monroe / New York Times - ARTICLE)
"Meow Wolf started as a loose group of penniless punks. Now it’s a multimillion-dollar dream factory anchoring an “immersive bazaar” in Las Vegas. [SIMON'S NOTE: A fascinating story, and not games as such, but physical, playful experiences which aren't a million miles away.]"

Mordhau Is A Clunky Game For Swordplay Nerds That I Can't Put Down (Ethan Gach / Kotaku - ARTICLE)
"Mordhau is a medieval multiplayer fighter named after a German sword technique from the Renaissance era in which knights hold their weapons by the blade and try to bash their opponents heads in using the pommel. Like its namesake, Mordhau is slow, awkward, and bloody, but for some reason, I want to keep playing. [SIMON'S NOTE: it's sold 500,000 copies already - wow.]"

Designing Baba is You's delightfully innovative rule-writing system (John Harris / Gamasutra - ARTICLE)
"The game only updates the rules if it needs to; there's a variable that tracks if some of the words in a level move or change, and upon detecting that tells the system about the need to re-write the rules. Consequently, the game initiates the actual rule-writing process, which is divided into various subprocesses."

Why are people modding Thomas the Tank Engine into video games? (Edwin Evans-Thirlwell / The Face - ARTICLE)
"“To be honest, the whole thing was spontaneous,” recalls Kevin Brock, game designer and author of the original Skyrim mod. “A friend of mine gave me some Thomas models he had ripped from a crappy iPhone game and asked me what I could do with them, so I spent half an hour replacing dragons.""

Unionization, Steady Careers, and Generations of Games Culture (Superbunnyhop / YouTube - VIDEO)
"03:15 Game Workers Unite: Who, what, why? 14:11 Anonymous on the disposability of QA staffers 18:11 Testimonies on crunch 24:01 History of unionization in Hollywood 33:39 The potential downsides of unionization 37:39Ageism vs. future generations. [SIMON'S NOTE: Impressive doc, filmed largely at GDC this year.]"

Not quite film, or games … is interactive mixed reality the future of storytelling?(Emily Gera / The Guardian - ARTICLE)
"What will storytelling look like in 20 years? Will it still be on your television? Will it printed on paper or projected in 3D? Prophesying the future is hard. But, like fortune telling with tea leaves, sometimes the future can be glimpsed in what’s here right now... Since 2007, the Sundance Institute’s New Frontier programme has been an incubator for artists and technologists experimenting on the boundaries of narrative."

Porting Dead Cells to mobile: An in-depth breakdown (Laura Saada / Gamasutra - ARTICLE)
"Now that you’ve got the setup, here we go: how do you port the precise, frenetic, action-packed, controller-centric roguevania game that is Dead Cells to mobile and tablets devices that utilize a single touch screen?"

How the Devs Behind 'Sable' Found Inspiration in the Enigmatic (Darran Anderson / Vice - ARTICLE)
"Above all, Sable has a curious quality of seeming utterly alien yet strangely familiar. This was an alien world I had not seen before and yet there were recognizable fragments. There was the clean line fantasia-style of the French comic book artist Moebius, the light trail motion of Akira, the real-life stone ruins of Khmer, Egyptian, and Mesoamerican civilisations, and the eerie immersive environments of games from Another World to Journey."

The Design of FTL & Into The Breach (Noclip / YouTube - VIDEO)
"We sit down with Justin Ma and Matthew Davis of Subset Games to talk about the design of their breakthrough hit FTL: Faster Than Light and their sophomore effort Into The Breach."

Vader Immortal world premiere: Star Wars comes to VR with story, humor, stakes(Sam Machkovech / Ars Technica - ARTICLE)
"I don't want to oversell this first episode of Vader Immortal. It's not a bona fide video game, and it shouldn't be mistaken for a true VR "adventure." But there's a compelling plot premise here, along with some solid dialogue and a few VR-immersion moments—like the one above—that had me loudly and giddily shouting some not-safe-for-work exultations."

Thinking/Game-Gardening Ruderally (Emilie Reed / EmReed.net - ARTICLE)
"Games can be, alternately, ruderal in a variety of ways. Instead of demanding undivided attention for tens of hours of hyperproduced content, they could slip into the technological and time gaps of our everyday... Still, this is one approach that’s a popular alternative to the drag of hegemonic AAA play."

The pressure to constantly update games is pushing the industry to a breaking point (Jody Macgregor / PC Gamer - ARTICLE)
"Recently, another story has become intertwined with crunch: Developers aren't just being worked into the ground to hit a development milestone or a release date, because for many games that's just the starting line. Living games demand a constant stream of content, and only constant work can deliver it."

Designing SteamWorld Quest's card-based battle system (Kris Graft / Gamasutra - ARTICLE)
"Originally this game was very different, featuring a completely different game mechanic in place of the card battle system. Sadly, we found that the original concept wasn’t going to work out for a number of different reasons, so we put together a list of potential other directions to take the game in. These varied wildly, but we settled on the card battle concept because we felt it had a nice balance of uniqueness, depth and familiarity."

How Has Pokémon's Battle Animation Evolved? (New Frame Plus / YouTube - VIDEO)
"How has Pokémon's animation changed over the years? And what can we expect from Sword & Shield? Let's do a retrospective of Gen 1 - Gen 7's battle animation to find out."

"Nick Yee sells secrets. He knows what you like, what you don’t, and more importantly he understands why. He knows what motivates you, what stops you from achieving your best, what turns you off, and everything in-between. At least, when it comes to games."

Two Months After Controversy, One of 2019’s Best Games Is Still Unavailable (Patrick Klepek / Vice - ARTICLE)
"It’s been more than two months since Devotion disappeared from Steam. The highly praised Taiwanese horror game about the horrible secrets inside a family’s apartment had become a legitimate phenomenon on places like Twitch and YouTube, but vanished after being embroiled in a political controversy involving a joke about Chinese President Xi Jinping."