This week's highlights showcaseÂ Below, Mutant Year Zero, Hades, Gris, and Ashen - all of which have standout features - with reviews in the round-up, as well as more 'best of the year' & more besides.
Simon Carless
Blogger
December 17, 2018 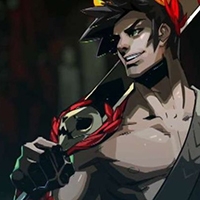 This week's highlights showcase an oddly busy week - so late in the year - for 'iii' (sorry! upscale indie!) releases. I've highlighted Below, Mutant Year Zero, Hades, Gris, and Ashen - all of which have standout features - with reviews in the round-up below.

Otherwise, there's some more 'best of the year', some really wonderful YouTube gems such as SoberDwarf's 'randomizers' overview, and some more mainstream coverage of the game industry that isn't actually negative or Fortnite-focused. (Well, one of them is Fortnite-focused, I guess :P)

The 20 best video games of 2018 (Keza MacDonald / The Guardian - ARTICLE)
"From outlaws in turn-of-the-century America to a young woman falling tenderly in love and Norse gods going to war in spectacular style: our critics pick the best video games of the year."

Gris is like a stunning animated movie that you can play (Andrew Webster / The Verge - ARTICLE)
"Gris opens in a world devoid of color. As a nameless, silent young woman, you traverse the desolate landscape, filled with crumbling ruins and a bleak sky, with an almost balletic sense of movement. You float and glide through the world... Gris starts out simple and stark, but ends as one of the most beautiful games ever made."

Random Randomizers Randomizing Random Things Randomly (SoberDwarf / YouTube - VIDEO)
"Well this is... random? That's exactly right! Today we're taking a look at the world of Randomizers! Though what exactly is a Randomizer and what does it have anything to do with game design? And is SoberDwarf trapped in a world where he loses his own identity? Find out in this episode of Design Documentaries! [SIMON'S NOTE: this is specifically about ROM hacks that randomize, and is SUPER interesting.]"

The Epic Games Store is the best thing that could happen to Steam (Jessica Conditt / Engadget - ARTICLE)
"This is a fundamental shift for the PC gaming ecosystem, which, for more than a decade, has been dominated by Steam, Valve's digital distribution hub. "Dominated" doesn't even cover it -- for years, Steam has been the only digital games store for many players, and its power over the PC market remains unparalleled."

Below Is Finally Out, And It’s Not Screwing Around (Ethan Gach / Kotaku - ARTICLE)
"After spending much of that time fumbling through its mysterious world with hardly a clue as to what I should be doing, a new picture has emerged. It’s one of a game whose at times impenetrable mysteries and evocative but dread-filled world don’t seem to suffer from the march of time... [SIMON'S NOTE: too early for Metacritic, but Steam reviews have majority enthused fans, minority people complaining of slow/methodical pace. Which is probably intentional from a spooky perspective?]"

KeyForge: The red-hot card game where every deck is unique—and unchangeable (Charlie Theel / Ars Technica - ARTICLE)
"As a concept, KeyForge is enthralling. The game is the latest effort from legendary Magic: The Gathering designer Richard Garfield—and the big idea here is that every sealed deck is unique. Decks are pre-constructed and can’t be altered; there’s no card chasing, and there’s certainly no over-arching “meta” game that must be respected. This is a head-to-head two-player battler like no other."

Ashen is a beacon of light against the dark night (Nick Romano / Entertainment Weekly - ARTICLE)
"When battling darkness, either internal or corporeal, you’re not alone. In the world of Ashen, a RPG game that justifiably earned comparisons to Dark Souls after its surprise debut during this year’s Game Awards, it’s actually dangerous to go it alone. [SIMON'S NOTE: early Metacritic looking positive enough.]"

IF Comp Post-Mortems (Emily Short / Emily Short's Interactive Storytelling - ARTICLE)
"Now that some time has elapsed since 2018 IF Comp has closed, a number of authors have followed up with post-mortems (and in some cases, there have also been a few game updates based on player feedback)."

Battlefield V is the best Battlefield campaign in years, and Tirailleur proves it (Xalavier Nelson Jr. / RockPaperShotgun - ARTICLE)
"It’s a shame that the opening of Battlefield V is a bit of a po-faced mess, because it provides a wildly inaccurate idea of what you can expect from its singleplayer portion. The Battlefield V vignette campaigns are, together, one of the best FPS campaigns in years. One of its tales, about colonised soldiers sailing thousands of miles to fight for a land they’ve never known, proves it."

Video Games Level Up (1A - PODCAST)
"And the world of video games is just as broad as the film industry. There are indie games and big budget games — games that feel like a graphic novel and games that play through like a blockbuster movie... What does the future of this six-decade-old industry look like? What do video games tell us about our culture?"

Fortnite Is so Much More Than a Game (Keith Stuart / Great Escape / Medium - ARTICLE)
"You’ll know it from the media coverage that focuses on its “addictive” gameplay and the slew of articles warning about its “compulsion loop” and “dopamine trap.” And while the central premise really is compelling, what the alarmist coverage often misses is that Fortnite is not really a game about shooting people. It’s a game about escape."

GlassLab Set Out to Prove Games Could Assess Learning. Now It’s Shutting Down (Tony Wan / EdSurge - ARTICLE)
"Now, one of this decade’s highest-funded efforts to support an educational gaming industry is coming to a close. Last week, GlassLab, an online portal for educational games, announced that it will be sunsetting its platform on Dec. 20. The announcement was made in an email from LRNG, a Redwood City, Calif.-based nonprofit that owns GlassLab’s assets."

Catching up with indie studio Tomorrow Corporation (John Harris / Gamasutra - ARTICLE)
"In this interview, Kyle Gabler, co-founder of 2D Boy and one of three cofounders of Tomorrow Corporation (Little Inferno, Human Resource Machine, 7 Billion Humans ), talked with us about his studio's work past and present, giving us an inside look at one of the studios that helped define what "indie" means in video game development."

How Return of the Obra Dinn Works (Game Maker's Toolkit / YouTube - VIDEO)
"The most fascinating game of 2018 looks like a relic from the early days of Mac gaming, comes from the dude who made Papers, Please, and is the best detective game I’ve played so far."

Ars Technica’s ultimate board game gift guide, 2018 edition (Aaron Zimmerman, Nate Anderson & Tom Mendelsohn / Ars Technica - ARTICLE)
" For 2018, we've updated our massive 10,000-word guide by adding new entries, deleting others, and generally just bringing things up to date with our current recommendations. Entries are organized generally into categories, so you can jump around to the stuff that interests you most (some games could arguably be included in several categories, of course)."

Here's what happened when we tried to bet on esports at our local bookies (Benjamin Burns / Eurogamer - ARTICLE)
"We have an odd relationship with gambling in the UK. You'd be hard-pressed to find a high street or city centre that doesn't have at least a couple of bookmakers' shops mixed into it, offering bets on everything from horse racing and football to whether or not Kate Winslet will cry if she wins an Oscar (yes that was a real thing). But how does esports fit in?"

Amid Talk of Violent Influence, Video Games as Therapy Often Goes Unnoticed (Patrick Shanley / Hollywood Reporter - ARTICLE)
"Hot tea, essential oils, Xanax … video games? One of these things may seem out of place, but while many of the most popular games and genres are fueled by violent imagery that critics allege contributes to real-life violence and aggression, a massive catalog of nonviolent, relaxing alternatives has grown up in their shadow."

Wot I Think - Mutant Year Zero: Road to Eden (Alec Meer / RockPaperShotgun - ARTICLE)
"There are at least 99 ways this could have gone horribly wrong. XCOM-ish turn-based action in an apparently shameless borrow from STALKER’s setting, but starring a talking pig and duck? An overwhelmingly nihilistic tone, but also endless use of the ‘duck sounds a bit like another, naughtier word’ gag?... And again: talking pig and duck. Mutant Year Zero’s a gem. [SIMON'S NOTE: decent Metacritic & even stronger user scores! Also, great buzz.]"