This week's highlights include a piece on Chinese romance games for women, a look at a multitude of new titles - from Crackdown 3 through Metro Exodus to Anthem, and the weird history that led to the Wu-Tang fighting game.
Simon Carless
Blogger
February 18, 2019 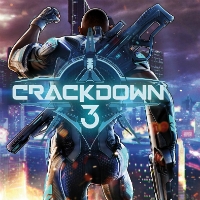 This week's highlights include a piece on Chinese romance games for women, a look at a multitude of new titles - from Crackdown 3 through Metro Exodus to Anthem, and the weird history that led to the Wu-Tang fighting game, among many others.

A busy week in games, then - the 'delayed from holiday 2018' rush, aka post-Red Dead Redemption 2 hangover, seems to be finally hitting! And that's without Nintendo dropping surprise Tetris 'battle royale' games on us. But then there's the ActiBlizz layoffs lurking in the background like a dark, dark cloud, sigh. What a week.

The impossible architecture of video games (Ewan Wilson / Eurogamer - ARTICLE)
"Piranesi is most famous for his "Imaginary Prisons". Unleashed from history, the etchings depict a vast subterranean network of walkways, bridges, arches and stairs... These were the Gothic nightmares opium-addled Romantics would dream up centuries later. Whilst Team Ico's Fumito Ueda has acknowledged Piranesi as an influence, the architect's visions extend further."

Tetris 99 is the opposite of Tetris Effect, and it’s amazing (Andrew Webster / The Verge - ARTICLE)
"One of the biggest surprises during last night’s Nintendo Direct live stream was the reveal and launch of Tetris 99. The game, which is a free download for Nintendo Switch Online subscribers, is perhaps the least likely take on the battle royale formula that’s most closely associated with Fortnite. The goal is simple: 99 people are playing Tetris simultaneously, and the last surviving player wins. It’s ridiculous and hectic, and it’s also kind of amazing. [SIMON'S NOTE: the game, from Tetris The Grand Master devs Arika, has pretty complex mechanics too - impressive.]"

Conviction – An Anthem Trailer From Neill Blomkamp (Oats Studio / YouTube - VIDEO)
"From Neill Blomkamp [District 9 director], Oats Studios and BioWare comes a live-action trailer of survival set in the world of Anthem, decades before the events of the game. [SIMON'S NOTE: man, all of Blomkamp's Oats Studio output has been just spectacular from an art direction & tech point of view - hope he can scale up to full TV shows or movies again soon!]"

The Fallout Of Activision Blizzard’s Massive Layoffs (Jason Schreier / Kotaku - ARTICLE)
"Over the past week I’ve talked to around 20 people who were laid off or close to those being laid off, as well as others with knowledge as to what’s happening at Activision Blizzard. If there’s a consensus, it’s rage. Rage at Kotick’s comments, at the way Activision executives seemingly view their employees as numbers on a spreadsheet, at the callousness in which this layoff was handled."

Into The Breach With Justin Ma (Spelunky Showlike / Libsyn - PODCAST)
"Justin Ma of Subset Games joins us to discuss the design of his excellent sci-fi strategy game Into the Breach, from its Spelunky-inspired high/low-level design, to how they cracked its time-driven gameplay, to why throwing away 80% of their work...worked."

The state of BioWare (Alex Kane / Polygon - ARTICLE)
"It’s also unsurprising that Anthem’s setting — the fruit of those early Dylan meetings — centers around godlike machinery that reshapes the game world, even as it throws that environment further into chaos. This is a period of change for BioWare. [SIMON'S NOTE: there are early impressions from GameSpot & from Kotaku that seem a little mixed - we'll see, eh?]"

Sony's Shawn Layden wants fewer, bigger PlayStation games (Ian Sherr / CNET - ARTICLE)
"[Re: Sony skipping E3 2019] So the trade show became a trade show without a lot of trade activity. The world has changed, but E3 hasn't necessarily changed with it. And with our decision to do fewer games -- bigger games -- over longer periods of time, we got to a point where June of 2019 was not a time for us to have a new thing to say."

The Secret History of Wu-Tang Clan’s Bizarre Hip-Hop Fighting Game (Steven T. Wright / Variety - ARTICLE)
"More broadly construed, the story of “Thrill Kill” – or “Wu-Tang: Shaolin Style,” the bizarre, hip-hop flavored kung-fu fighting game that it eventually became – is a chronicle of the unique state of the gaming industry in the late ‘90s, and how its structural shortcomings and creative excesses lead to perhaps the most notorious unreleased game in the history of the industry."

Road to the IGF: Polyarc's Moss (Joel Couture / Gamasutra - ARTICLE)
"Gamasutra sat down with Stephen Hodde (Audio Director), Rick Lico (Animator & Rigger), and Chris Alderson (Art Director) for the Excellence in Audio-nominated Moss to learn about the thoughts that went into making the player wish to help Moss' tiny protagonist, how sound deepens that connection, and how VR can make the player truly feel like a part of the journey. [SIMON'S NOTE: just read all the other 'Road To The IGF' pieces from Joel, if you didn't - lots of amazing indie games, most recently after HOURS, which is a fascinating-sounding student game.]"

US iPhone users spent, on average, $79 on apps last year, up 36% from 2017 (Sarah Perez / Techcrunch - ARTICLE)
"As usual, mobile gaming continued to play a large role in iPhone spending. In 2018, gaming accounted for nearly 56 percent of the average consumer spend — or $44 out of the total $79 spent per iPhone. But what’s more interesting is how the non-gaming categories fared this past year."

My take on Supercell's 2018 and things I look forward to this year (Ilkka Paananen / Supercell - ARTICLE)
"Each of our first four games - Hay Day, Clash of Clans, Boom Beach and Clash Royale - have now all grossed more than a billion dollars in lifetime sales. What is even more amazing is that the two Clash games have reached a combined ten billion dollars! [SIMON'S NOTE: Just, wow. Supercell still seems to have great dev culture - and they're carbon offsetting EVERYTHING related to their firm, including the cost of gamers charging their phones!]"

Wot I Think - Civilization VI: Gathering Storm (Alec Meer / RockPaperShotgun - ARTICLE)
"Ghengis Khan keeps sending me charity donations. The Aztecs are increasingly angrily demanding that I give them an Edgar Allen Poe novel. A volcano just erupted over Dutch Disneyland. The World Congress is trying to stop climate change by running a gameshow. I used to fret that Civilization VI wasn’t memorable. With the Gathering Storm expansion, for better or worse, it’s unforgettable. [SIMON'S NOTE: also out this week and well worth reading about: Far Cry: New Dawn, as reviewed in The Verge, and Metro Exodus, as reviewed in Ars Technica. It's a busy one!]"

Black Bird Is an Absurdist Bullet Hell about Confronting Reality’s Abundant Nonsense (Drew Messinger-Michaels / ETAO - ARTICLE)
"When I say BLACK BIRD is operatic, I refer not only to its heavily vocalized score—sometimes shonky, sometimes soaring, always shameless—but also to its sense of scope. That makes the game sound heavy-handed, which it is, and also self-serious, which it resolutely isn’t."

Pac-Man: The untold story of how we really played the game (Cat DeSpira / Retro Bitch - ARTICLE)
"Now, if anyone thinks for even a second that worn-through Roman stairs, 100-year old children’s trails and worn frets on a guitar have nothing to do with the worn sides of Pac-Man arcade cabs,  I must correct you. Aesthetically, they do. The wear on objects or places records patterns of movement."

Crackdown 3 review (Ian Birnbaum / PC Gamer - ARTICLE)
"As I punch, stomp, and shoot through waves of defense bots, I'm transported to another time. Not the far future of Crackdown 3, where a reanimated Terry Crews is wrecking an evil AI, but the old days of open world games—2007, a million years ago in videogame time. [SIMON'S NOTE: after a fractured dev cycle, looks like the game isn't hitting with critics - though there's some who dig it!]

Violent video games found not to be associated with adolescent aggression (PR / Oxford University - ARTICLE)
"Researchers at the Oxford Internet Institute, University of Oxford, have found no relationship between aggressive behaviour in teenagers and the amount of time spent playing violent video games. The study used nationally representative data from British teens and their parents alongside official E.U. and US ratings of game violence. [SIMON'S NOTE: Looks like better conducted research - the co-author of the paper is talking at GDC about game addiction, by the way.]

Legacy: Peter Molyneux’s newest game (Levels / Red Bull - VIDEO)
"Peter Molyneux OBE, one of gaming's most controversial figures, has avoided the press for two years. The creator of the God Game genre attempts to win back fans as he introduces his newest studio and upcoming project, Legacy."

Inside the weird world of Chinese romance video games (Lu-Hai Liang / Wired UK - ARTICLE)
"Imagine that four handsome, successful men are romantically pursuing you. There’s Li Zeyan, a strong but cold CEO; Zhou Qiluo, a sunny boy band-type; Xu Mo, a brilliant scientist; and Bai Qi, a special forces police officer who’s always at your beck and call. Oh, and he can also fly. Such is life in Love and Producer, a mobile game that has become a surprise hit in China, attracting millions of women looking for love."

State Of The Factory: Year 1 (Alexis Kennedy / Weather Factory - ARTICLE)
"I know indie game studios can look very different from the inside and the outside, and I like being transparent. I hope this’ll be useful to other indies, and interesting to our community. Plus, it’s good internal perspective for us to review the year like this. [SIMON'S NOTE: The 'Cultist Simulator' devs, with just the kind of super-honest fact based analysis of a pretty successful indie dev that I love.]"

Pokémon's Former Rival Yokai Watch Is Having A Terrible Time In Japan (Brian Ashcraft / Kotaku - ARTICLE)
"As J-Cast reports, when the “Yokai Watch boom” was in full effect in 2014, its intellectual property netted 55.2 billion yen ($499 million). But by 2015, that number had slipped to 32.9 billion yen ($297 million). The following year it was 10.4 billion yen ($93 million). That slide continued and Yokai Watch’s intellectual property sales are no longer even in the merch top ten. [SIMON'S NOTE: but look at the US-inspired characters "like a baseball-playing chicken nugget" in the latest Yokai Watch to hit the U.S.!]