SEARCH
A minimum of 3 characters are required to be typed in the search bar in order to perform a search.
Audio
9 min read
Featured Blog

The algorithms of sensual touch

This article will be a kind of postmortem were I will go through the challenges and inspirations of designing eroticism for touch devices.

La Petite Morte (hereafter mentioned as LPM) is a female stimulation, simulation game. Existing games that try to tackle this subject, are quite often made from a male-centric viewpoint and where competition is a necessity in the game design. What we most definitely wanted to avoid, was the cliche of “how quickly can you make the woman orgasm”.

Normally people do not share notes on “performance time” with their friends and definitely not with their partners. It is much more about the experience itself. So our thoughts went much more into how to make the actual pleasuring, pleasurable. This is why we have made a couple of design decisions to enable the player to take it slow and savor the moment. When a player does this, something magical happens: The “game” is no longer perceived as a game, and the finger movement on the screen, slow and sensual, while the music is building in intensity and reacting to your touch, is suddenly perceived as an erotic experience, with the bonus of a climax in the end; Literally and musically.

The Vulva as an artistic exploration

As mentioned, it was very important to us that LPM feels real and is not a typical game about stimulation. That is why we also felt that it was important that the images, even though they are only 20x30 pixels, blown up to a big size, were of real women.

If we were to use pornography: 1. we might have copyright infringement, but more importantly, 2. the vulvas and women of pornography are mostly of the same type.

Vulvas come in all shapes and sizes as seen in Cunt Touch This, an experiment that was made last year about coloring cunts. This is why we also wanted our, albeit pixelated, vulvas to be of real life women. So we went out and recorded some women who were willing to donate a recording of their vulva movements to our game; a couple of friends and some from a conference about Sex og technology called Arse Elektronica. The women from the conference  would then be “digitized” shortly thereafter and they could then come by later and "play with themselves", so to speak. 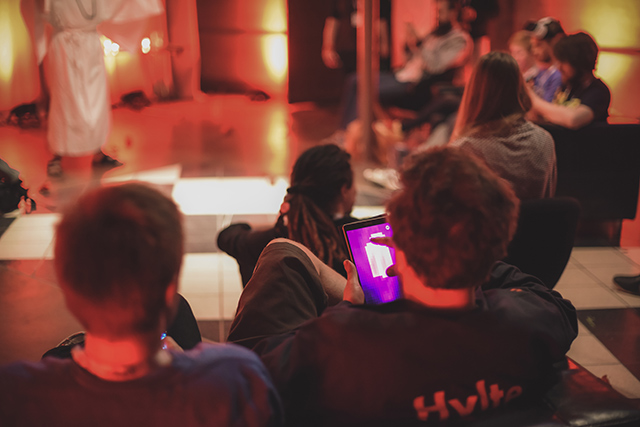 The pixelation of the vulvas serve multiple purposes:
1. Behind the pixels lies an algorithm (cellular automata) that simulate the energy flowing into sensitive areas, which can only be done with small amount of cells. As you touch each cell, the touch energy will flow into more sensitive areas based on the sensitivity map as seen below.

The sensitivity map and a 20x30 vulva

Furthermore, each cell’s sensitivity together with the overall “sensation” and “desire” feelings dictate how quickly each cell wants to be touched. If a cell is being touched too quickly, then it is “unpleasant” for the system and the “sensation” and “desire” drops. But as you slowly build up the overall sensation and desire each cell also becomes more accepting of faster touch; to a certain degree of course. It is up to the player to find the sweet spot and to enjoy the moment.

But, 2. and more importantly; aesthetically looking at a very pixelated vulva, it is not so overwhelming. Like, for example, having a vulva right in your face! Which lets the player focus much more on touching & hearing, and not so much on looking. In a way, you can almost not even see what the image is. This of course, makes it easier to release on platforms that have strict non-explicit terms (although this was already too much for Apple), but also serves the purpose of titillation. We find it much more erotic to imagine what (or who) is behind these pixels than to have an explicit version.

Where are the penises?

Eroticism and sensuality can obviously take any shape, form or gender. However, we do see a lot of dicks around. Be that in a male dominated industry or in culture’s acceptance of penises and less so of vulvas. We have a joke about the “time to penis” theory. It dick-tates (sorry, had to do it) that if you leave something where random people can draw - be it a whiteboard in a school, or an online Miiverse drawing app - it’s not a matter of if people will draw penises, but when they will draw penises. 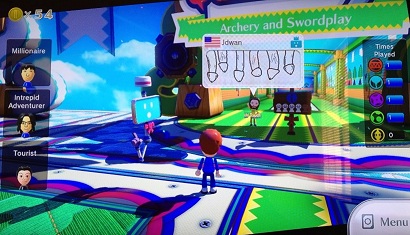 The type of the crowd, the accessibility to the drawing space, the governing of said space etc., all influence the time it takes for a drawn penis to appear. The same cannot be said about vulvas.
We wanted to give the proper focus and love to the vulvas!

However, we do recognize that there is an opportunity for men to also focus on their own sexuality, so we are working on an update where people can upload pictures of “areas they want caressed” (of course regardless of gender and sexuality), which will be pixelated and almost unrecognizable and to make their own “sensitivity map”. They can then share this as a playable “level” with whomever they wish. We are really excited to see how this feature will be used. One could hope that it will make people reflect more on themselves, their desires and boundaries, which women can have a tendency to neglect.

The setback; Rejection and the Behemoth’s power

As mentioned, we were rejected from the Apple App Store (after initially being accepted), because of:


16.1 Apps that present excessively objectionable or crude content will be rejected.

We have actually spoken with a representative from Apple about this. Apple has a strong “family friendly” brand. In their view, pornography would ruin that brand. That our game isn’t pornographic and actually doesn’t even have anything explicit was besides the point. He told us, that just the concept of pleasuring was enough. He told me; “You and I are European. We have a higher tolerance of these things. However Apple has to reach a broader audience”. This is in my view a very American viewpoint, which is typically puritan and is forced upon the rest of the world. Violent shooting games and games about throwing bombs on “evil Palestinians” are accepted (we were going to link to this game, but we decided against giving them the traffic), while games that try to make the world a better place through sex-positivism are shot down - so to speak.

This raises a lot of question regarding Gatekeepers and the moral they enforce. As an indie mobile game developer, Apple’s App Store is an increasingly important channel. Having a game rejected from their platform can mean a lot to a small independent company like ours. Having games rejected based on morals you do not agree with is even more disconcerting. Having a company as such a powerful entity that can censor our culture without the consumer having an influence on it also raises interesting questions.

Google has a similar, but better approach. They unfortunately still have some “meta” rules above their rating system (albeit, not as strict as Apple’s), but they do implore a rating system that utilizes each geographical area’s rating system. This means that a game purchased in Europe will be under the PEGI system while a game purchased in the USA will be under the ESRB system. One can still discuss the validity of each of these ratings, but that is a discussion for another time.

ArtMobileDesign
Get daily news, dev blogs, and stories from Game Developer straight to your inbox
Subscribe