SEARCH
A minimum of 3 characters are required to be typed in the search bar in order to perform a search.
Audio
10 MIN READ
Blogs 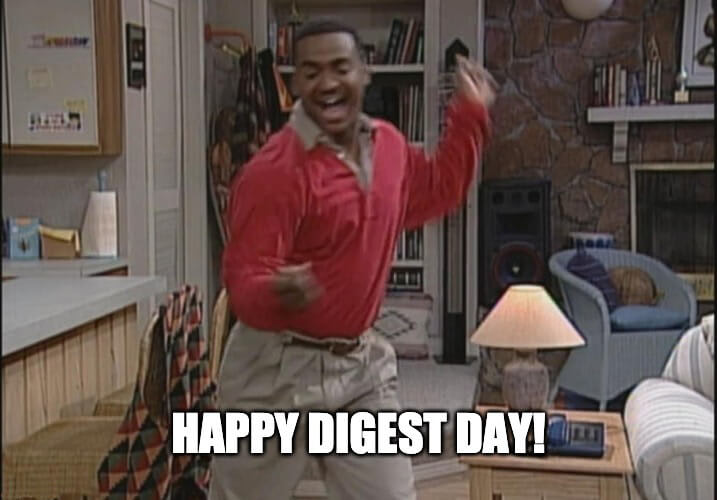 Stylin' and profilin'! This week's post is heavy on the optimization, testing, and profiling.

Game dev tutorials, shader implementations, C# coding, useful assets, and more round out the rest of the content as you'd expect. Enjoy!

Using Unity Prefabs and GameObjects only for data. - When we want to store only data, we normally tend to use ScriptableObjects since it is a more natural way. It is not common, however, to use GameObjects and Prefabs for data only (no logic at all) but that doesn’t mean it is not useful, au contraire mon ami, and I will share why.
Gemserk

Optimize your projects with Burst Compiler 1.3 - Since the first stable release of Burst Compiler a year ago, we have been working to improve the quality, experience, and robustness of the compiler. As we’ve released a major new version, Burst 1.3, we would like to take this opportunity to give you more insights about why we are excited about it and what’s coming next.
Unity

How To Render 10,000 Animated Characters With 20 Draw Calls In Unity - Unfortunately, rendering and managing a large number of game objects is at the expense of CPU and GPU performance, because there may be too many Draw Calls, if the game object is animated, it will also involve the CPU skinning overhead, so we must find other solutions. So, this article will talk about using GPU to achieve efficient rendering of animated characters and reduce the skinning overhead on the CPU side.
Jiadong Chen

Code Coverage: Spot gaps in your tests - If you’re aiming for test-driven development, you need to make sure that your code is getting properly covered by tests as you go. Originally released with 2019.3, the Code Coverage preview package helps you make sure you haven’t missed anything by providing you a birds-eye visual overview of your code.
Unity

C++ For C# Developers: Part 2 – Primitive Types and Literals - The series continues today with our first actual C++ code! Today we’ll start with the absolute fundamentals—primitive types and literals—on which we’ll build through the rest of the series. As basic as this topic sounds, some of it can be pretty shocking when coming from a language like C#.
JacksonDunstan.com

NativeArray.SortJob() is fast… or is it? - Since Unity is making it easier to write multithreaded code, there must be multithreaded sorting algorithms out there that I could use. I found lots of them but I found them hard to translate into jobs code. What I realized is that maybe Unity already has one and they do albeit it’s just partly multithreaded. I found NativeArrayExtensions.SortJob() in the DOTS forum. Like any curious programmer, I compared it with my Quicksort implementation.
Coffee Brain Games

Cinemachine 2.6 brings you precision, improved workflow, and little bits of magic - Everything in your Unity project passes through the lens of a camera, so you need to squeeze everything you can out of that camera. While much of this magic is expressed through render pipelines – light, shadow, focus, color – other dimensions are critical: camera position, motion, and timing.
Unity

Civilization VI Fog of War - The fog of war effect in Civilization VI is a perfect example for a simple compute shader setup. If you always wanted to learn about the basics of those, this tutorial is for you.
lexdev.net

How to make a Bridge Building Game in Unity - In this two-part tutorial series, we will be creating a 2d bridge building game, where we need to build a bridge, and then our yellow characters will test if it holds them.
URocks!

Creating zombie enemies in Unity [Part 3 of Unity gamedev series] - In this part I will show you how to generate enemies on the NavMesh. I will make them chase me and collide with objects properly.
Ing. Jan JileÄÂek

Climbing - This is the eighth installment of a tutorial series about controlling the movement of a character. It adds support for climbing vertical surfaces.
Catlike Coding

Making Sense of FixedUpdate, Update, and LateUpdate - If you have been working with unity for any length of time you no doubt have run into the question of weather or not to use Update(), FixedUpdate() or LateUpdate() to run your game code. At the surface each appear to do the same thing with some subtle but significant differences. Understanding these differences is key to getting your game to run smoothly and properly.
Robert Carlson 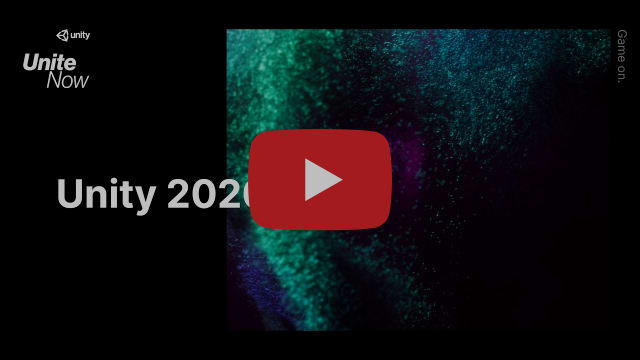 Dissolve Effect in Unity Shader Graph and URP - We can create a dissolve effect in Shader Graph using a handful of nodes!
Daniel Ilett

Fixing Grid Layouts in Unity with a Flexible Grid Component - Learn how to build a menu with switchable panels and a flexible grid layout tool in Unity!
Game Dev Guide

Deep dive with post processing color grading - Unite Now - In this Learn Live interactive session, work with a Unity Certified Instructor through a series of mini-challenges to add a style, mood, or effect of your choice using Color Grading.
Unity

First on Stadia: How two indies built Get Packed with Unity - Unite Now - Interested in bringing your game to Stadia? Hear how indies Coatsink and Moonshine Studios teamed up for Get Packed, Unity’s inaugural “First on Stadia” timed-exclusive release on the new platform.
Unity

Introduction to profiling in Unity - Unite Now - Profiling is one of the best ways to optimize your game. Learn how to use Unity’s highly effective profiling tools and how to interpret the data they produce.
Unity

Third Person Movement in Unity - Let's learn how to make a solid third person controller with a moving camera!
Brackeys

Unity 3D : Optimize Your Textures - This is a quick video of how to optimize your textures.
Thomas Klein

Object Pools in Unity Tutorial - Learn how to add Object Pools to your games to help conserve memory!
gamesplusjames

Introduction to VR in Unity - PART 5 : GRAB INTERACTION - In this episode we will learn how to grab an object, use an object that we're grabbing such has fire a bullet and grab the object with an offset.
Valem

Create your own A.I. in Unity | ML-Agents Tutorial 2020 - In this video I'm going to show you how to create an A.I. in Unity from scratch.
Bot Academy

How To Integrate Steam With Your Unity Game - Integrating Steam with your game.
Dapper Dino 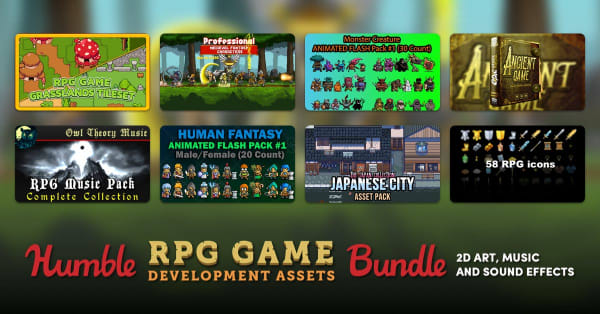 xNode - Thinking of developing a node-based plugin? Then this is for you. xNode is super userfriendly, intuitive and will help you reap the benefits of node graphs in no time. With a minimal footprint, it is ideal as a base for custom state machines, dialogue systems, decision makers etc.
Thor Brigsted Open Source

CopyPasteValues - Looking for an alternative to Copy and Paste Component values that supports inheritance? Well here it is.
Karl Jones Open Source

Selection Identity tool (FREE) - This is a tool that will aid you while selecting things in unity. The tool will display the name of the object your mouse if hovering over and will be selected on click. The name of the object will be displayed in 2 or 3 locations on the screen depending on the user’s choice. Additionally, the window over which the mouse is hovering is also displayed in the tool window.
BlankRip Affiliate

Blender To Unity FBX Exporter - I made an FBX exporter for Blender that exports FBX files compatible with Unity3d's coordinate and scaling system. No more unwanted rotations, no more clutter with FBX options. Name the file, export, import into Unity, and it just works.
Angel García "Edy" Open Source

Option.cs - Option works like Nullable, but is compatible with Unity 2020's serialization system. I learned that Unity 2020 can serialize generic types, including generic structs, so I made a working ?-like type called Option. Have fun.
yokljo OpenSource 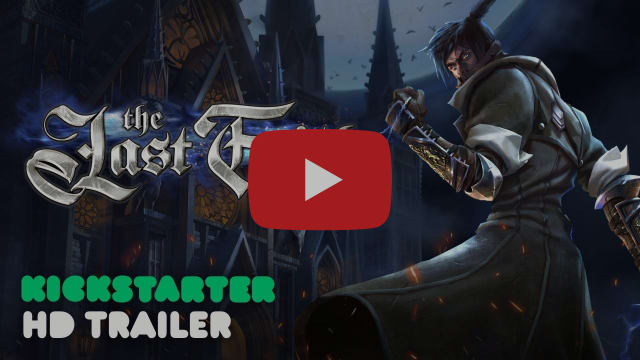 Immerse yourself into the mysterious world of The Last Faith. Imagine, you are living an adventure at the edge of reality in a gloomy world drowned by superstition. It's another world, a remote land built upon dark and Gothic architectures, right at the centre of a supernatural vortex, an unknown place.

You will be fighting and slaying abominations and strange creatures of the night, each one bigger than others and more fearsome. You will master the art of several different weapons, each of them with a different style of combat and move set. You will also learn tons of magical abilities, be able to cast spells and increase the power of your weapons by buffing them with ancient elemental powers.
[You can back the game on Kickstarter]
Kumi Souls Games Ltd