SEARCH
A minimum of 3 characters are required to be typed in the search bar in order to perform a search.
Audio
11 MIN READ
Blogs 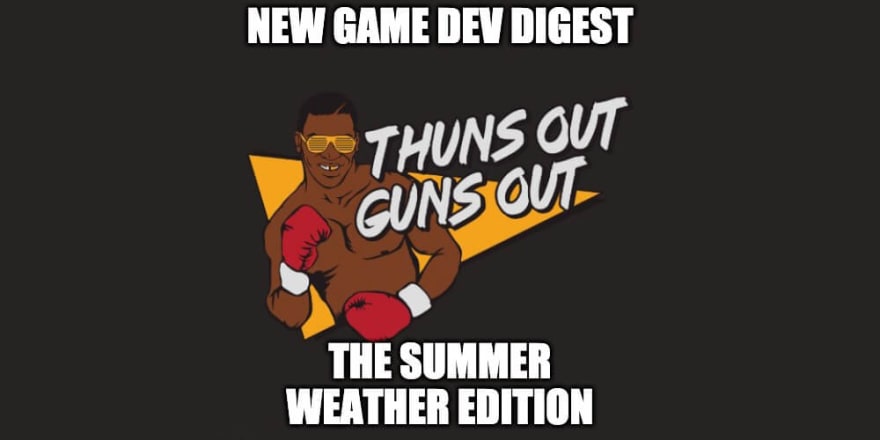 I found plenty to read/watch this week, hopefully you will too. I'm always down for a good old fashioned post about coding, and there were a few good ones specifically on C#.

For the visual side you won't be disappointed either, with plenty of VFX Graph, Shaders and nifty non-shader tricks too.

Of course there is much more as well I didn't mention, so jump in!

Lets Build GG - Lets Build GG is a community of indie game developers getting together to help one another out. The indie game industry relies on collaboration and networked learning. We provide a place for that to happen.
Lets Build GG

Texture Generation - Last time we learned how to use the depth texture in a post-processing effect. In this lesson we're going to learn about using shaders to combine multiple textures into new ones!
Team Dogpit

Rain Puddles in VFX Graph and Shader Graph - In this tutorial, we’re going to use a combination of these techniques to recreate a rain effect, using particles for the raindrops and a custom material for puddles on the ground. We’ll use Shader Graph for the puddle material and take a first look at Visual Effect Graph for the rain particles.
Daniel Ilett

From Built-in to URP - Unity’s Scriptable Render Pipeline represents a great advance on the way that unity deals with graphics, giving more power to the users to customize the pipeline the way they want. I decided to write this article with a kind of translation from built-in to URP.
Teofilo Dutra

Shaders and VFX Resources - A lot of people keep asking me how to get started with shaders, VFX, and generally how to get good with game graphics, so here's a thread of devs and resources that will help you on your journey :)
Daniel Santalla

Making a clean (mini)map using Navmesh and a Shader - In this post I'm showing you how to set up a clean looking map.
Minions Art

Use articulation bodies to easily prototype industrial designs with realistic motion and behavior - In Unity 2020.1 we have a new Physics component: ArticulationBody. Articulations make it easier than ever to simulate robotic arms and kinematic chains with realistic physics and movement. Along with other improvements from PhysX 4.1, Unity is more capable than ever of simulation for industrial applications.
Unity

Pure Functions C# - As software becomes more and more complex, it is more and more important to structure it well. Well-structured software is easy to write and to debug and provides a collection of modules that can be reused to reduce future programming costs. This all can be achieved through functional programming.
codewithshadman.com

C++ For C# Developers: Part 1 – Introduction - Outside of Unity, C# is rarely used as a game programming language. C++ is used heavily in Unreal, Cryengine, Lumberyard, and almost all proprietary game studio engines. This series is for Unity game programmers who know C# and want to broaden their skills so they can effectively write code for other engines, or even write C++ scripts for Unity. Today we’ll begin with an introduction to C++’s history, standard library, tools, community, and documentation. Read on to get started!
JacksonDunstan.com

Demystifying Attributes, C#’s Under-Utilized Superpower for Game Development - I’d even argue that Unity’s own tutorial’s on the topic imply that attributes are specifically a Unity thing, not a C# thing, their functionality limited to only what Unity provides. This specific misconception is what I aim to correct in this post, and shine a light on all the amazing, crazy things you (not just Unity!) can do with attributes.
Kyle Kukshtel

Unity GPU Optimization: Find Your GPU Timings With RenderDoc - So you know your game is heavy on the GPU and you’re ready to optimize it. But wait, where exactly do YOU start optimizing? Do you know which parts of your scene are causing your GPU performance bottlenecks? Well, I have a tool to help you with Unity GPU Performance profiling: RenderDoc.
The Gamedev Guru

Optimizing build size and performance with proper sprite setup - For game developers and especially mobile developers, both performance and binary size is a constant concern and is something that we need to keep in check constantly. So today I want to talk about how we can tackle both of these issues by just taking proper care of our sprites, it doesn’t matter if it’s UI for a 3D game or a full 2D game.
Bruno Mikoski

Unity Tips | Part 6 - Prefabs - Prefabs are one of Unity's most powerful features and this short article explores the newer prefab features you may have missed.
Daniel Ilett 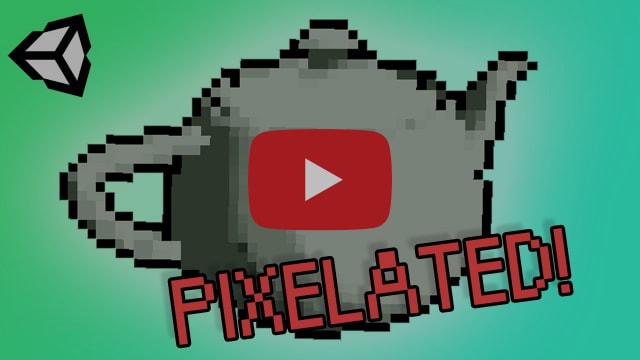 Pixelated Effect In Unity (Basic Tutorial - No Shaders!) - Learn how to make a pixelated effect in Unity, no shaders required!
Madalaski

How to light sprites and make them 3d In Unity game engine and Awesome bump. - In this video I cover the process of making a sprite lit material and applying it to your 2d game. I show the user how to use aesthetics in game development to draw the player in to your game.
Games Everyday

Power to the artists: the evolution of 2D game tools - Unite Now - Explore how Unity’s 2D toolset has evolved to include a host of powerful graphics features such as dynamic lighting, materials, shaders, and post-processing. Learn how these tools combine to unlock many significant artistic and workflow outcomes for 2D games.
Unity

Let's Learn Unity 3D: Exporting Free Characters and Animations from Mixamo - This is the first video in a series dedicated to learning Unity's animation system! This video introduces an Adobe platform called Mixamo and explains how to properly export characters & animations while providing beginner-friendly animation knowledge.
Nicky B

Kinematica: democratizing Motion Matching for character animation - Unite Now - In this session, you’ll learn how to get started with Kinematica and implement it within your animation pipeline. Based on Motion Matching, Kinematica uses raw animation clips or motion capture data – not animation graphs – to produce character poses automatically, based on your description of the intended movement.
Unity

Creating a Game with Learning AI in Unity! (Tutorial / Machine Learning) - Making a game and programming AI behaviour is a lot of fun. But it's even more fun, and in certain cases more efficient, where the AI can learn by its own mistakes and the different player behaviours! Let's take a look at using Machine Learning to create smart AI for our Unity games.
Unity

Unity Audio Tips: Sends, Receives and Effects (Tutorial) - In this Unity audio tutorial we learn how to use Unity's audio mixer, audio mixer groups, sends, receives (aka sends and returns), reverb and delay effects to add some cool effects to our game in realtime.
Thousand Ant

Introduction to VR in Unity - PART 4 : Continuous Movement - Welcome back to the part 4 of this tutorial serie that will teach you the basics of VR development in Unity. In this episode we will learn how to setup continuous movement!
Valem 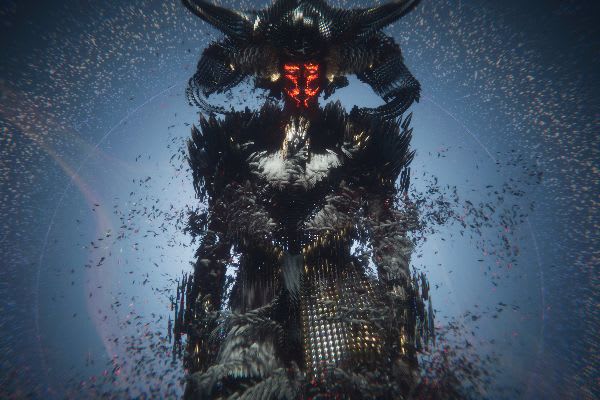 The Heretic: VFX Character (FREE) - At the end of The Heretic short film, we introduce Morgan, a VFX-based character created entirely with the help of Unity’s VFX Graph. In this project you can see how this complex character is put together, and try for yourself how manipulating the set-up directly in Unity feels like. Playing around with the VFX Graph, you’re free to give the design your own twist.

Here’s what you can do with the package:
• VFX morphing: morph the effects covering Morgan.
• Shape morphing: morph the underlying skinned mesh between female and male shapes.
• Appearance tweaks: other elements of Morgan’s visual appearance, including how close the particles stick to the mesh.
• Fire: adds an extra layer of intensity.
• Crumble: several ways to make Morgan disintegrate into pieces.
• Debug: each feature has debug options.
Unity Affiliate

Unity Input Replay - Our intention for this tool was to capture play-testing and replay user's game sessions. Our thought was this tool would serve to re-create any bugs the player found during their testing.
LetsBuildGG Open Source

Screenshot Tool - I made an simple screenshot tool for Unity. It takes screenshots at all the resolutions you specify on the press of a button. Another button takes you to where they go. There are many complex / expensive tools that do this.. let it be simple!
Ryan Miller Open Source

Alembic to VAT (Vertex Animation Texture) converter for Unity - This is a repository that contains a simple tool to convert Alembic files to Vertex Animation textures.
Gaxil Open Source

Announcing Our Learn At Home Sale! - 50% Off All Books. To help you build your development skills and save a little of your hard-earned money, all of the books in our online store are now on sale for 50% off!
raywenderlich.com

Performance Testing Extension for Unity Test Runner - The Unity Performance Testing Extension is a Unity Editor package that, when installed, provides an API and test case decorators to make it easier to take measurements/samples of Unity profiler markers, and other custom metrics outside of the profiler, within the Unity Editor and built players. It also collects configuration metadata, such as build and player settings, which is useful when comparing data against different hardware and configurations.
Unity 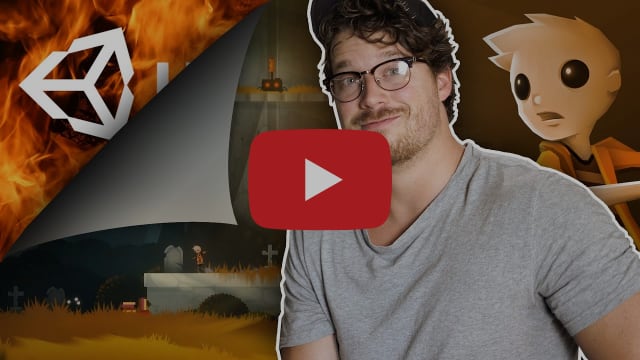 Neversong - Once upon a time there was a little boy named Peet who slept peacefully in a coma. When he opened his eyes, he found himself in a nightmare.

[in this video Thomas plays through Neversong in the Unity editor while commenting on implementation details. A sort of Director's Commentary for games.]