SEARCH
A minimum of 3 characters are required to be typed in the search bar in order to perform a search.
Announcements
Event
Free Webinar on 5/24: How Predictive Analytics Drives Mobile Conversions & Boosts Revenue - Register Here!
PreviousNext
Art
3 min read
article

The Art Of The Fairy, Environment + more!

What I've been up to the last 6 months. 99 Levels to hell! Sparetime project. And a short a short run-through of how we did the environment graphics for "Harry The Fairy".
Bo Daugaard
Blogger
February 01, 2012

We finally finished our game "Harry The Fairy" for iOS, the is going to be universal for iPhone and iPad.

Now we are waiting for Chillingo to set a release date, can't wait till the game is released.

In my sparetime I've been working on a RougeLike, dungeon diggger/crawler.
"99 Levels to hell"

I started a thread on tigsource were you can follow the development of the game, I will post the bigger updates here as well
http://forums.tigsource.com/index.php?topic=23056.0

Also I've gotten a few of my songs from the LeBlond project featured in "The Secret World" Funcom's new MMO.
Can't wait till they release that game!

I wrote a small run-through of the environment graphics of "Harry The Fairy" for our development blog.
If you want to know more about how we made the game you can follow us on our blog.
We will be posting more in depth post as we near the release date.


The Art Of The Fairy, Environment

Harry The Fairy is an 2d adventure, action, puzzle game for iPhone, iPad and Android.

To render the 2d graphics and help us make sprite atlases in unity3d, we used Sprite Manager 2 from http://www.anbsoft.com/.

This is a short run-through of how we did the environment graphics for the game.

The game is set in the caves under a forrest. Here our hero has to save his friends from the evil machines.

The idea was that the hero shouldn't feel at home in the caves, he is clearly out of his element.
The caves are meant to be frightening without being too scary.

We wanted the game to look hand-drawn more than 3d or realistic, so all the concepts and art pieces are painted in photoshop.

This early concept shows a dark and gloomy cave. Not many colors and a bit cold. 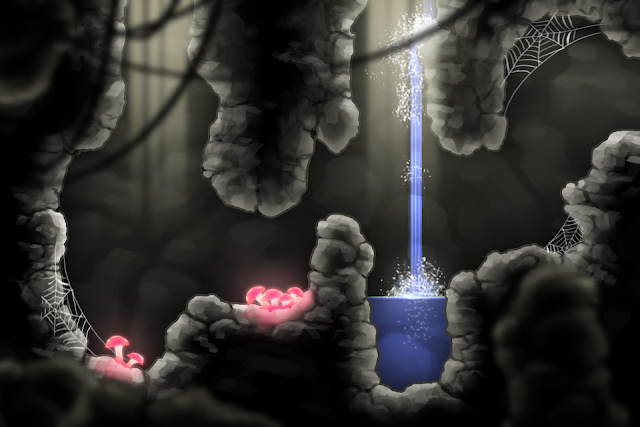 This captures the feeling we wanted pretty good and became the most importent concept drawing.

But before we could design the final pieces we had to decide on the shapes of the the walls.

We had to find some shapes that could shape the caves organically and overlap without it being to obvious, where they overlapped each other.

It looked great, but it was to dark and colorless.

We wanted to emphasize the difference between nature and the evil machines a bit more.

So the environment needed more color and the machines should stay almost colorless.

The machines used only one “warning” color, yellow.

We made the walls look more like earth/dirt, but still with some gray stones. We also made objects, such as roots, grass and mushrooms to use for decoration. 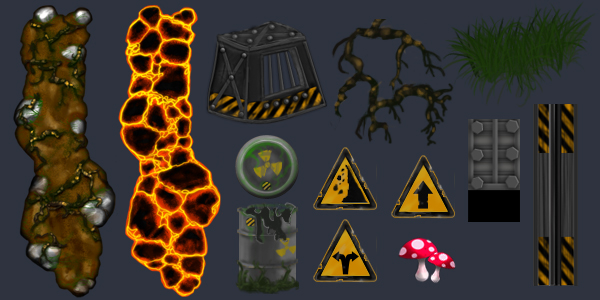 The focus was to make an organic environment, that looked natural and not made of boxes.

Each of our two walls had their own mesh collider, to make the interaction with the environment natural. 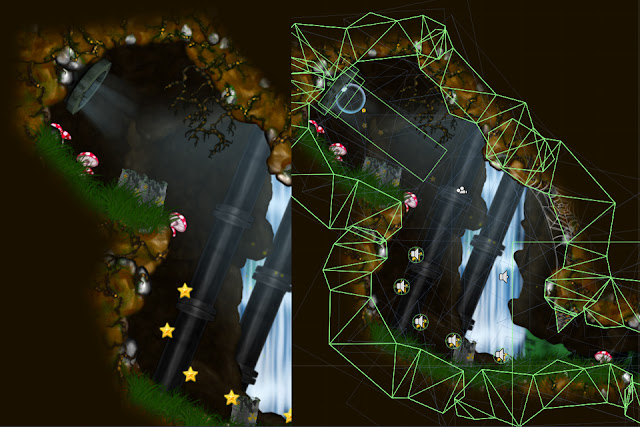 The deeper you go underground the more dangerous the environment gets. Here lava-walls were created from the same shape as the dirt-walls making it possible for us to use the same mesh colliders. 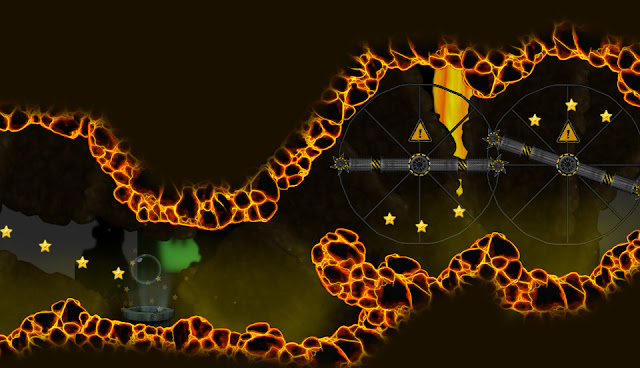 The machines were made of small parts put together to create wheels, levers, doors and hatches. 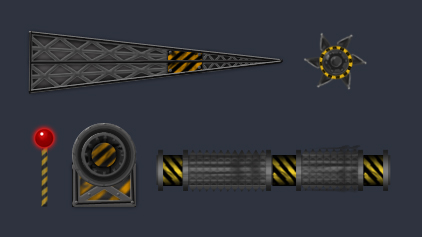 As a way to close off the cave from the parallax background, we used a dark piece of stonewall. This way we could make some areas seem like narrow tunnels and others like big open caves. 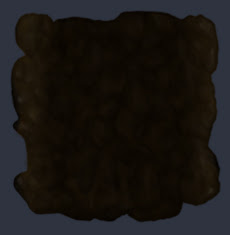 All these elements was build into two sprite atlases.

Finally we added a dark shadow mesh around the level to close off the cave. 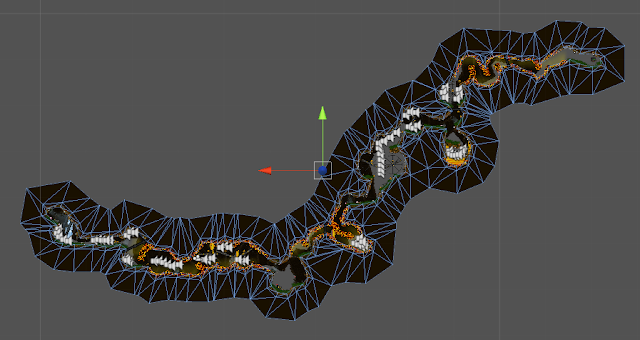 I hope you found this useful, feel free to email me with questions.