Scanning a Castle Inside Out with No Budget

This article will go over how photogrammetry was used to scan a castle inside out with a minimum of equipment, a minimum of funding, and a minimum of man power.
Joseph Azzam
Blogger
May 17, 2016

I was working on porting a historical site into Unreal Engine 4 to use in the upcoming game World Void, and I was in charge of scanning a castle. I was waiting for a funding that kept being delayed, until I decided to finally just go out and do it, with no funding, and I did it, I scanned the castle! A few month has passed and I am still pumped about it! This article will discuss how I managed to do it. But first, I would like to take a moment to thank Milos Lukac, Jeffrey Ian Wilson, and the 3D Scanning User Group, who without their helps none of this would have been possible. And finally a special thanks to Faisal Naamani for correcting some of my grammar mistakes. 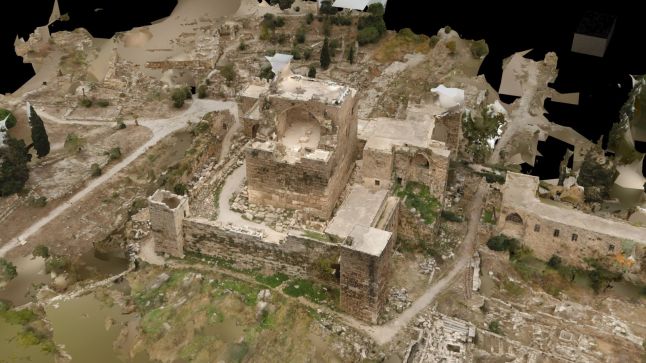 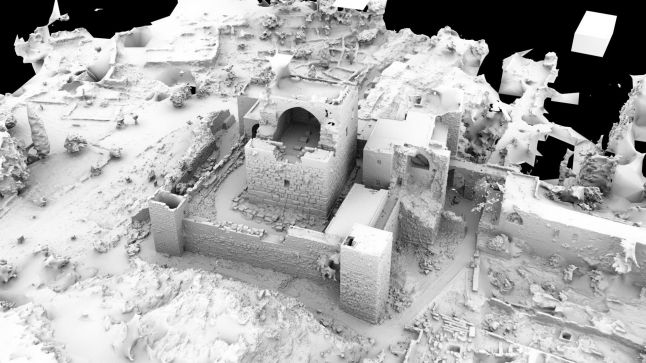 In short, photogrammetry is the process of creating 3D models from multiple images of the same object taken from different angles.

I will not be covering how to 3D scan an object, it is a topic that has been already covered a lot.
If you want to get started with photogrammetry, I would recommend this short YouTube video by James Candy. Although this video mentions Agisoft Photoscan, the explained concepts should work with any other photogrammetry software solution out there. You can also check The poor man’s guide to photogrammetry

A lot of artists have been using photogrammetry as part of their workflow, it has been used in the Kite Demo from Epic games, and in Star Wars Battlefront, and many countless others. However most of these studios have been scanning rocks and trees. Epic games wrote a blog post about how they created the assets for the open world demo. They even wrote a blog about the choice of equipment, and another explaining their delighting process. I would highly recommend checking them out if you haven't already.

When scanning a large object like a castle, there are new challenges to keep in mind:

I am working on the Historical site of Byblos, a city in Lebanon that has been constantly occupied for over 10000 years. However the Castle itself dates back to 12th century. It is a relatively small castle compared to newer ones found in some European countries, however each wall of this castle is made of highly detailed rocks crafted by time itself.

But what I meant by knowing you target is that you need to take a pen and paper, sketch a top and side view of the castle, and try to split it into multiple element, try to figure out the order in which you will be taking the pictures, and mark down areas that requires more images.

Also errors during the scan can accumulate, and can create some shifted geometry, therefore always make sure to take a full circle around your target which forces the scan to correct itself. Open geometry might not be as accurate.

I also took the opportunity and took multiple images of the surroundings from the castle’s ledges, which resulted in adding the landscape to our scan.

Tip, please do not take multiple images of different angles from the same spot (panoramic images). This will mostly result in undesired errors.

A useful way of scanning small tunnels where it is hard to take images of all the angles due to the tight space, is to walk in a straight line, and take an image each step while facing the forward direction. However this technique provides less resolution, which might be fine depending on how much resolution you need.

Finally, it is highly likely that you miss a few angles when scanning, causing low overlap, which will lead to low resolution areas in your scan, therefore I would highly recommend an on-field verification. Reality Capture for example is a 3D scanning software that can check the overlap of huge numbers of images on a laptop in less than a minutes, and it will let you know which areas need more images, which is extremely useful.

The white dots represent the locations from which the photos were took. The blue dots represent the manually added ground control point that helps aligning some elements that the software was unable to align automatically. Notice how the castle's roof has multiple ground control points that is normal, since I did not have access to a drone, I wasn’t able to take images enough of the roof. Luckily I was able to manually align it, which might not be the case for larger castles. The software aligned 4000 photo in total.

What do you need?

If you are trying to keep the budget as low as possible, this is what you will need:

What I didn't use

I tested multiple photogrammetry software, and while any of the following software will work fine for small scans, I had to make sure that they can handle large amount of data (4000 24MP photos). 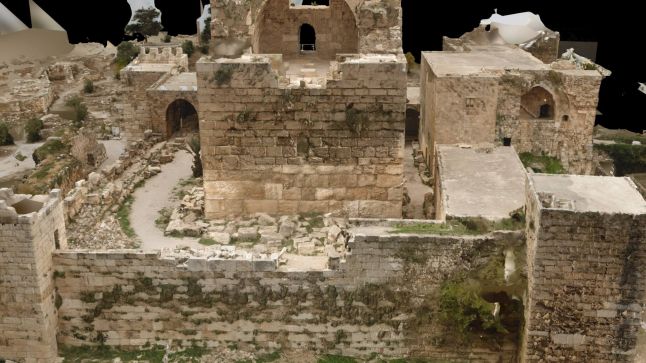 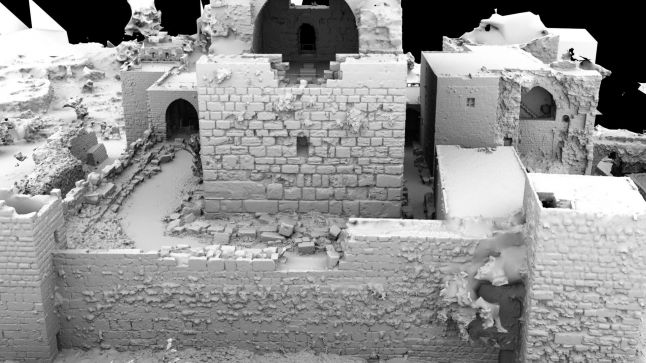 This where it gets interesting, I borrowed the camera, the software was free, however I still needed to process the scan because my laptop could not handle it. Here is where Milos Lukac stepped in, and he offered to process the scan, I can't thank him enough for that. He also helped me during the data alignment process, and showed me a trick or two on how to fix some of my beginner's mistake. So that leave us with the tripod, monopod, and the SD card, which is a total of 70$ + Shipping. So yeah I scanned a castle inside out for 70$! Proving that when there is a will there is a way. I got lucky, but did not become lucky until I started talking to people, and making connections.

Can you do it?

Six month before I scanned the castle, I knew nothing about scanning. And while it is tempting to say that one person scanned the castle, that is not true, I got help, and lots of it from the community and industry professionals. As of how did I meet with them? Well simply on a Facebook group, the 3D Scanning Users Group. First I joined the group, then I explained what I was trying to do, and I received a ton of feedback from the community. A particular member of the group, and industry professional named Jeffrey Ian Wilson, even went the extra mile of PM me, and we had an interesting conversation where he set me on the right pass, he also saw that I had my heart set on a challenging project, and he urged caution. He also advised me to take anything he says with a grain of salt, and that is also my advice to you, if you are reading this, the truth is, I only have 6 month of experience in 3D scanning, and I did mess up a little while scanning the castle, luckily it wasn't something major and it was fixable, and while I was able to scan the castle that doesn't mean that I am the best person to give out advice on how to scan the castle. I am just sharing my experience, and it's up to you to do the research and try it for yourself. To answer the question, yes you can do it if you're determined there is nothing you can’t do.

I really hope that our experience might come to a use of some of you, and if something cool came out of it, send me a tweet, or share it on the Facebook group, I'd love to see it.

As for how this 1 Billion polygon scan was processed and used it in a game engine, well that is another story for another Gamasutra post. 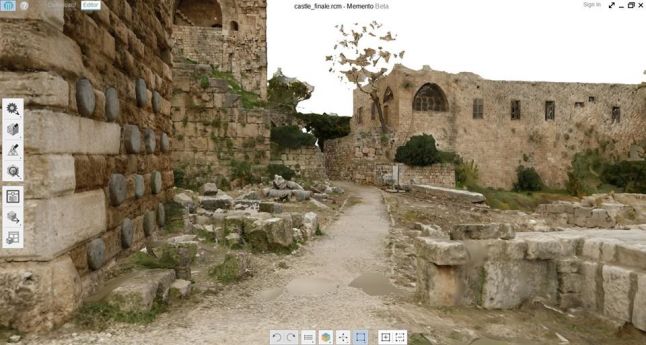