What is photogrammetry and how it works 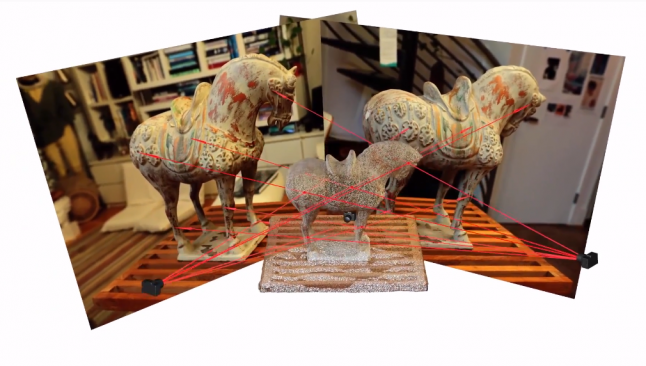 Today, technical progress and science does not stand still and there are a lot of important changes concerning also video game industry. The graphics of games is getting better and better every year and now we can already see very realistic landscapes and faces of humans in our monitors. But how it works? What are the methods of realistic graphic creation? In this article we will speak about one of them: the photogrammetry, very interesting technique using by modern developers.

In the general sense, photogrammetry is a type of science studying dimension, forms, location and other parameters of objects relying on its photos. Usually this science is used in architecture, medicine, construction and in the establishment of Earth maps. Some people consider photogrammetry as a future of virtual reality and 3D modeling (by the way, here is an article about different VR Headsets). The main advantage of this method is a high accuracy of measurement through which you can make a very detailed model of real object of the world.

To be honest, photogrammetry is not a modern domain of science, because it appeared in the 19th century since the photography was invented. But with regard to game industry, 15-20 years ago developers was neglecting to use photogrammetry (and frankly, the computers and equipments of their day weren't appropriate for this) and this innovation was keeping a low profile.

Photogrammetry uses the methods and techniques of various disciplines, mainly borrowed from optics and projective geometry. Generally, there are a few cameras that takes pictures of one object from different places. After that in each image we determine common points and coordinates that indicate position of the object in space. All this is done with different software and programs, for example, Agisoft Photoscan, RealityCapture or Autodesk Remake. This is a paid software and it is working well and in this case can be used by professionals. Of course, each of them has strengths and weaknesses: with Agisoft you can thus reproduce as many detail of the object as possible and that’s why your computer need powerful graphics card, while Reality Capture tries to filter and blur it in order to get rid of the noise. But therefore Reality Capture is faster and Agisoft takes more time for data processing. 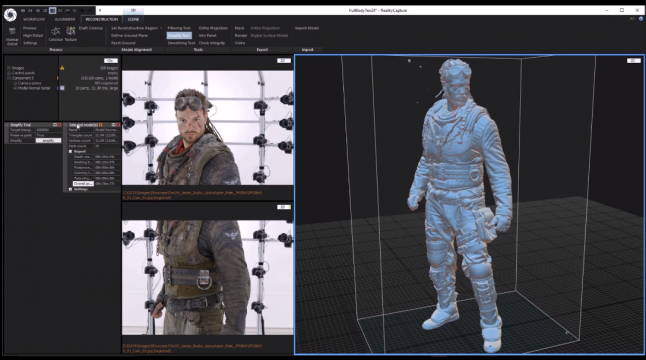 Perhaps, the most interesting game that uses real objects of the world based on the photogrammetry method is The Vanishing of Ethan Carter. The graphics of this game impressed many players and different video game magazines. The textures, landscapes and all objects of the game is really very detailed and beautiful. More importantly, all these objects and most of the landscapes and buildings exist in reality and were filmed and transferred into 3D graphics thanks to the photogrammetry. 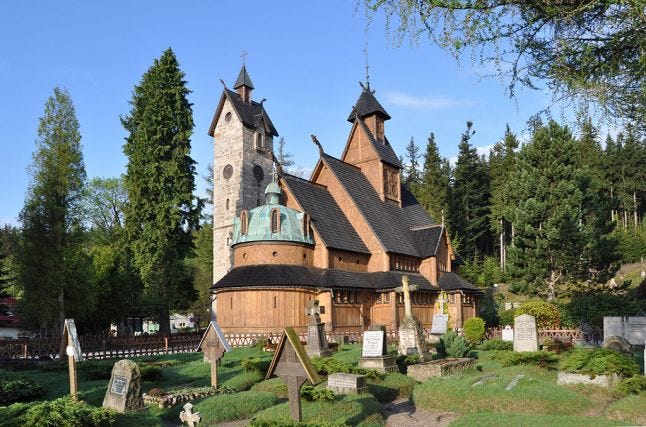 Photo of the real church 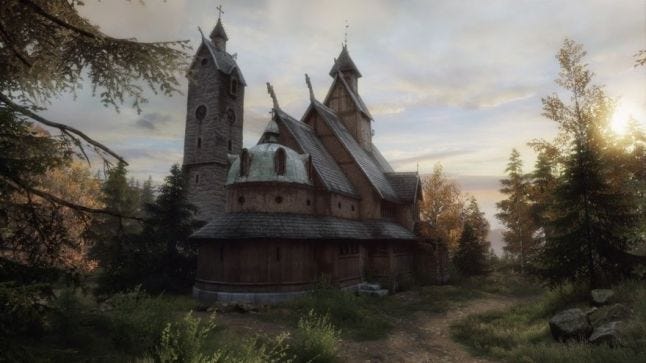 The same church in the game

You can find more pictures of the Ethan Carter and its real objects of the world here. The developer of game is indie game studio The Astronauts based in Warsaw, Poland. At this moment Astronauts are in the process of developing of new game named Witchfire. In this project the method of photogrammetry will be used too.