New to coding? Here's why Python is a strong place to start

Sponsored: Or are you already a programming pro, experienced Minecraft modder, or Lua-savvy Roblox creator? Find out how you can put your expertise to work and teach kids game development with iD Tech.
Alissa McAloon
Editor-in-Chief
February 08, 2021

There’s no doubt about it: Python has emerged as one of the most exciting and lucrative 21st century programming languages.

In light of the tech field’s pedal-to-the-medal growth and demand, it’s worth taking a closer look at Python’s unique benefits and applications.

Python is, after all, in good company: Java, JavaScript, and C Suite are all among the most high-paying programming skills. Any computer science student worth their salt will want to learn each of these, so that leads us to the question on every budding coder’s minds: how valuable is learning Python? What is Python good for, career-wise?

Look no further than this handy guide to Python’s potential in 2020’s job market and game-changing role in the latest technology. With ten compelling reasons to get started, we have a feeling you won’t be asking “why should I learn Python”, so much as “how can I get started with Python this week”??

Already a programming pro, experienced Minecraft modder, or Lua-savvy Roblox creator? Find out how you can put your expertise to work (remotely!) and teach kids game development with iD Tech. 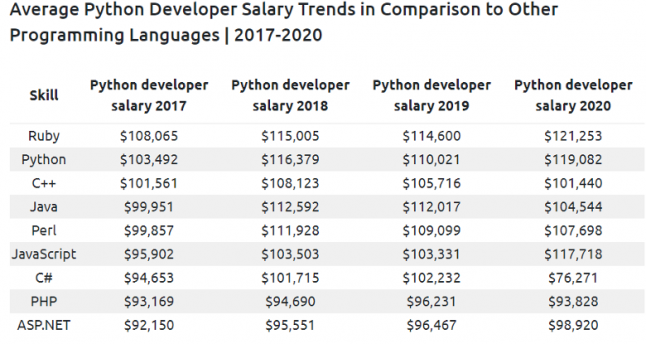 In the past three years alone, the industry value of Python has seen significant growth. It’s a worthwhile investment not only because of its high average salary, but when compared with Ruby, the current top earner, Python’s versatility makes it a job-market winner.

The future of any programming language depends on its efficacy and applicability. Python compares favorably in both of these key areas, which bodes well for its market value.

Python is used in machine learning & artificial intelligence, fields at the cutting-edge of tech

From Uber ETA’s to Google finishing your sentences and Netflix knowing what shows you’ll enjoy, artificial intelligence is everywhere.

If we take a moment to appreciate just how recent many of these developments are, it’s thrilling to think about where we’re headed. Python will doubtlessly be at the forefront of AI innovation.

Experts argue that Python is the most compatible programming language for machine learning and artificial intelligence . Its extensive libraries and frameworks are ideal for kickstarting new ideas (more on this later). Plus, it’s relatively concise as a language and is supported by a wide community of programmers known for documenting their successes and failures.
So, if you’re looking to be at the epicenter of the most exciting new technologies, there’s no question that Python is worth learning.

Python is simply structured and easy to learn 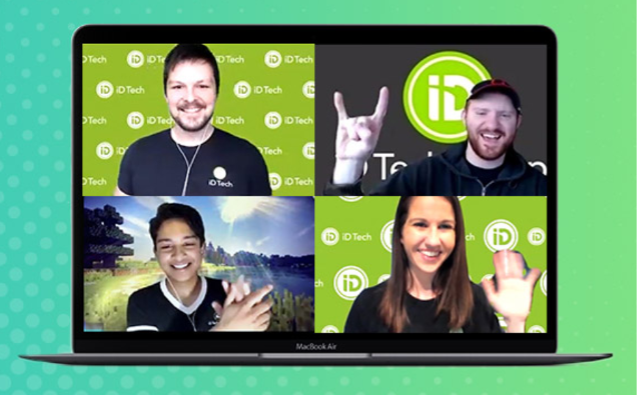 If you’re feeling intimidated by coding or asking yourself if coding is a good fit, Python is a great starting point.

Python was developed specifically with user-friendliness in mind, and its syntax more closely resembles English than some of its peer languages. It also enforces what’s known as the “whitespace rule”, which results in cleaner code that’s less overwhelming to the eye.

Python is simple to learn, even at a young age! Trust us on this, we’ve been doing this for over 20 years. If you’re looking for an approachable coding language to begin programming, Python is an excellent starting point.

Data science is perhaps 2020’s hottest career field, and Python is along for the ride. But let’s back up a step just in case you’re wondering what data science is in the first place.

In a nutshell, data science is the alchemy of tech: it takes vast amounts of data and spins it into golden information. Businesses then translate that information into innovative solutions to problems they might not have otherwise been able to pinpoint.

Boasting an average annual salary of $100,560, data science is accelerating both in types of job opportunities and overall demand. Since 2012, the field has experienced a 650% growth spurt and is still growing. Python holds the keys to success in this field; its capabilities can handle vast sets of data and tackle big business dilemmas.

Python is versatile in terms of platform and purpose

Python has earned a reputation as the “Swiss Army Knife” of coding. As a language, it isn’t picky when it comes to platforms and works equally well on Windows, Linux, and MacOS.

In terms of its applications, Python’s possibilities are essentially limitless. Developing a website? Python can do that. How about web frameworks? Yep. We know it’s great for data mining, but what about building a video game? Yes, even some game development.

No one likes their skills to be pigeonholed; fortunately, programmers with Python experience will never have this problem.

As one of the top-earning programming languages and also one of the most widely used, Python is sure to have a major presence in the future of tech.

The “T” in STEM is on the rise globally, and the Department of Labor estimates another 546,200 coding jobs will be added by 2028 in the United States alone. In our humble opinion, careers that require Python skills will comprise a significant slice of this pie, and therefore continue to be a high-paying path.

But don’t take our word for it; the 2019 Stack Overflow Developer Survey confirms that Python is the fastest growing programming language. It ranks #1 in Google’s programming tutorial searches for a reason: Python is in-demand, and people are taking notice.

There is a bit of overlap between this area and the data science applications we mentioned earlier, but it’s worth touching on this again in light of Python’s uses in deep learning.

What is “deep learning”, exactly? It’s a branch of machine learning that classifies things based on the way they look, sound, or read.

Python is used to do some pretty amazing things within deep learning. It’s often the reason why computers beat humans at various tasks and the “self” that’s driving the self-driving car.

If that’s not the future of tech in a nutshell, we don’t know what is.

Coding sometimes gets a bad rap for appealing only to logical skill sets, but that could not be more wrong.

Creative types enjoy using Python for its beautiful game graphics and its ability to generate new images using the deep learning we just mentioned. Python combines the meticulousness of coding with right-brained artistry, the best of both worlds.

Python supports testing in tech and has a pretty sweet library

Many experts agree that Python is the best language to use to test out new software. Remember the whole “Swiss Army Knife” of code thing, the versatility across platforms, and the “whitespace” rule? They all come into play here.

Since Python code is often cleaner and more concise, it's a more wieldy problem-solving language than many of its peers. The platform isn’t a problem, since it’s compatible with all the major ones.

Another major draw of this language is its extensive library, and not the kind that sends politely threatening overdue notices.

In the coding world, libraries like PyTorch and TensorFlow provide a database of working code that programmers can use in a variety of projects. Experts and newbies alike will appreciate these ample resources and the supportive communities that come with them.

There are countless free resources available to new Python programmers

Learning something new, especially something that turns the inner workings of the most sophisticated software and tech tools on the planet, can be incredibly intimidating.

But it doesn’t have to be!

There are dozens of quality free platforms available to folks at any level of programming experience. We also know that sometimes it takes a supportive coach to help dive in, which is why iD Tech offers both private lessons in Python and small-group after-school programs for kids.