Interesting things in Unity 4.5 you probably didn't know about

The post is about very useful features of the new Unity 4.5 which was released several days ago. The features buried in massive Release Notes on the site which you have likely missed even if you carefully browsed through the list.
Valentin Simonov
Blogger
June 03, 2014

Well, as you all know Unity team has recently released Unity version 4.5 which brought us (according to Unity's web site):

While 450 bugs fixed sounds amazing, shaders compilation was indeed terribly slow, I don't really care about OpenGL ES 3.0 (since I got an old iPhone 4s) and Sparse Textures is a good feature to explore on modern desktop GPUs, what I want to tell you about are those features and bug fixes buried in the massive Release Notes which you have probably missed but they are indeed very important.

In no particular order.


New Hierarchy Window sorting - sorting of elements is now based on transform order instead of name.

This change alone breaks the naming convention of millions of developers. I myself used to name the empty object with controllers $ to make sure that it's always on the top of Hierarchy Panel. Now you can just drag GameObjects up and down manually.


Editor: Created SelectionBase attribute. When applied to a script, GameObjects with that script on will work the same as prefab roots for Scene View picking.

If you have an hierarchy of objects with geometry attached usually when you click one of them it gets selected.

If you remember Prefabs behave differently. If you click an object in prefab's hierarchy the root of this prefab is be selected instead. And now you can manually force this behavior using SelectionBase attribute.

This may be useful when you think of an hierarchy of objects as single object and don't want to control its child objects. For example you have an object and a plane inside and it's important to move this root object instead of its child plane. This feature might help you always select the right object.


Editor: PropertyDrawers are now supplemented with DecoratorDrawers, which can be used for decorative elements in the Inspector such as spacing, headers, or notes.
Editor: Improved inspector customisation with [Tooltip] and [ContextMenuItem] script attributes.

PropertyDrawers are used to make your fields more pretty in the Editor. They are extremely easy to use. For example using just one annotation you can convert a float field into a smart range property.

While PropertyDrawers modify the appearence of fields in the Editor, new DecoratorDrawers augment them with visual elements. Check out this code:

And the animation where you can see what these annotations do.

Just a little trick to make your Editor interfaces better.


Scripting: Improved resolution of types that inherit from types in different user assemblies.

This is probably one of my favorites.

Thanks God this is now fixed.

This bug was one of those bugs stopping people from using specific language features. Now we can breath freely.

Many developers have been asking for a function to save to JPEG. Yes we had Texture2D.EncodeToPNG for a long time, but you know... 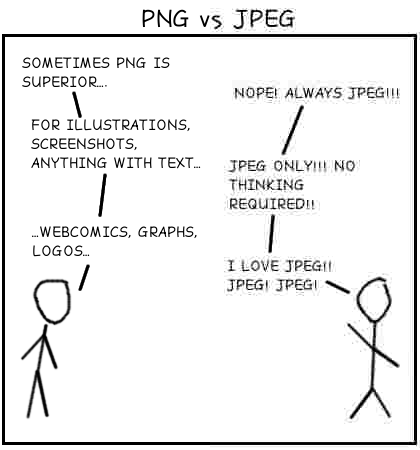 Now we know if we have Pro license

This will be useful for fellow plugin developers. Now we have an easy way to be sure that code we are writing targets right Editor version.


Scripting: Add UnityEngine.ISerializationCallbackReceiver interface, to get a callback right before serialisation and right after deserialization.
Scripting: Structs with System.Serializable attribute can now be serialized. Also, fields of AnimationCurve[] and double[] now get serialised.

People have been asking for years for the ability to serialize structs. Now this code works and shows a list of structs:

Being able to serialize arrays of AnimationCurve sometimes may be handy too.

But what really interesting is ISerializationCallbackReceiver interface. The docs say:

It seems that instead of wasting man-years on figuring out how to serialize Dictionaries they gave us an ability to manually specify what and how we want to be serialized. Example in the docs shows just that.

It's good to know that now we have this. I haven't tested it yet but it must be a lot faster than enumerating manually through the parent chain.

The method described is not new but now we got a decent tutorial on how to debug dx11 shaders in Unity.

I understand that nobody gives a fuck about WP apps but I had to develop a couple simple ones for Nokia Lumia and I'm glad that Unity is evolving and I hope that it will be able to make this platform better.

There are a lot of added features and fixed bugs for Windows Phone target and it's good to know that I helped fixing some of them:


Start, Update and similar methods in scripts derived from generic base class are now properly invoked.
WP: Resolution will now be correctly detected on phones than have larger screen than 768x1280.
WP: Screen.dpi now returns physical device DPI, rather than 0.

Damn, someone has huge projects...

And the last one is not even in the Release Notes. It's a little Editor class hiding in UnityEditorInternal namespace. It's called ReorderableList and it makes drawing lists in custom inspectors such an easy task. If you ever tried to make a pretty inspector for a List<> or Array field in Unity you know what a massive pain it is.

Here's a demo of ReorderableList class:

This is the code from the custom inspector used:

This is the full example: TouchManagerEditor.cs

Interesting fact: there was already practically identical list implementation called ReorderableList which I've been using from time to time.

These are the features I found particularly interesting while browsing through Unity 4.5 Release Notes. It's always like a treasure hunt... you  never know what you will find.

If for some reason you think that some other features/fixes deserve more attention feel free to post them in comments.

This text is a repost from my blog at va.lent.in.
If you are a Unity developer check out my open source multitouch library for Unity — TouchScript.