Retro Game of the Day! Transformers: Mystery of Convoy 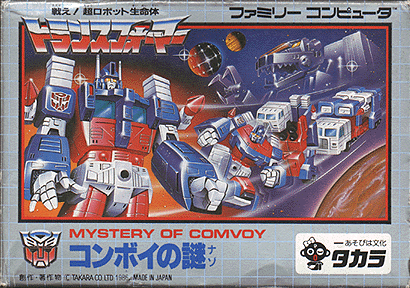 Transformers: Mystery of Convoy by Takara, for the Japanese version of the NES (aka the Famicom) released in 1986. 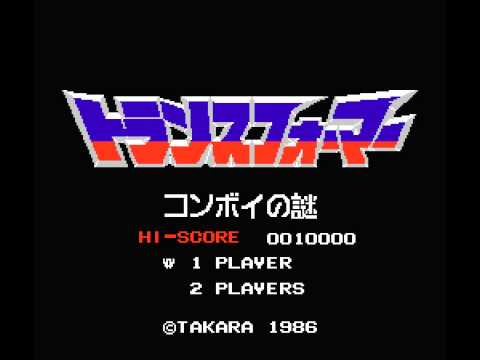 First of all, let's just get this out of the way; I am a guy who writes a daily blog about videogames from the 1970s, 1980s and early 1990s. You can pretty much expect I've got a pretty soft spot for all things Transformers-related by virtue of that fact. But even I have a hard time liking this game.. 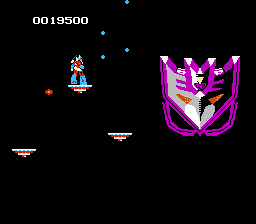 Transformers: Mystery of Convoy, or comvoy as the box mispells it, was an attempt to bridge the gap in Japan between a couple of seasons of Transformers television shows. Unlike the West, they didn't get a Transformers movie (until 4 years later) which explained how Optimus Prime ("Convoy" in Japan) dies and passes the Autobot leadership Matrix to Ultra Magnus and Hot Rod this and Cybertron that and blah blah blah. Anyway, we got that movie which made hundreds of thousands of American 10-year-olds cry; instead, they got this godforsaken videogames which made millions of Japanese kids really cry. Because it was a terrible game! 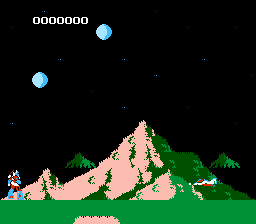 Not so terrible I suppose if it hadn't had the Transformers name attached to it; stripped of that label, it would have been merely kinda garbage. But no, when you have some subject matter that's already dripping with potential, then it's a crime and a shame. But this is how it goes in the world of licensed tie-in's folks - you don't need to spend money doing R+D or quality, when the name alone will sell just as many units! 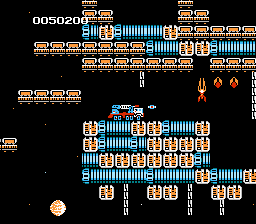 So what of the game, then? You're Ultra Magnus on a lone mission to drive and jump through space. You can fire your pea shooter to take out enemy jets. Each level consists of running, jumping, and dodging, and occasionally turning into a car carrier so you can squeeze through those tight spaces. 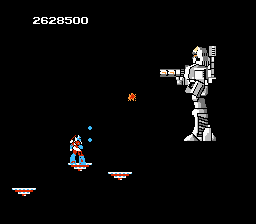 Occasionally you'll get to a Boss who will blast away at you from one side of the screen. You even get to fight the actual Decepticon symbol, so that's... strange! This game is interesting to explore as a curiosity, but really it's just trash and should be passed by. If only they had hired the crew of Mega Man 2 and said "build us another game about robots..."