Retro Game of the Day! The Super Spy 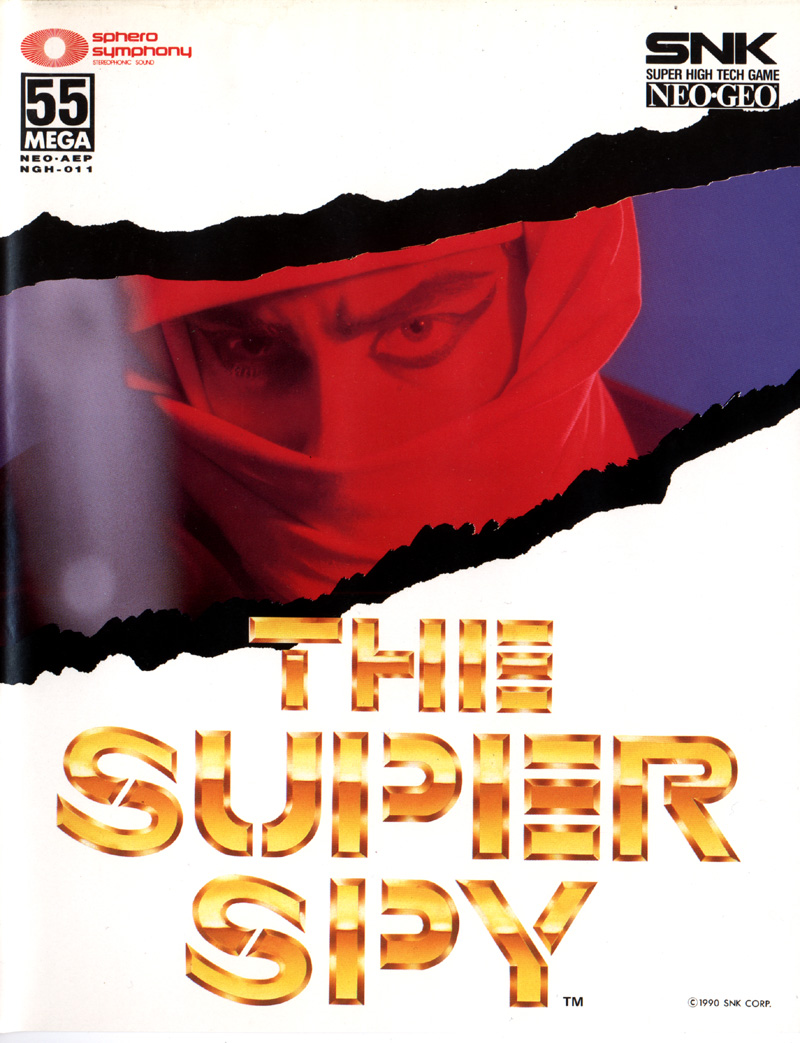 Here we have something to look at. Step right up and check out The Super Spy! An early effort by SNK to show off the incredibly masculine dominance of their superturbomega-actionreplaykillerfest NEO GEO 100 MILLION MEGA SHOCK DESTROY YOUR FAMILY.

If you don't understand sarcasm, SNK's early ad campaigns were trying to make every other console out there look weak and pathetically underpowered. Their new monster system, though expensive, could do things that just couldn't be done outside of an arcade. So they promoted early games like this one which were specifically designed to show off the capabilities of the system. That meant huge, colorful sprites, and lots of fancy hardware scaling and such.

As for the game itself, it was an interesting first-person view endeavor created when first-person gaming was seldom seen. Moreover, it was Japanese, so completely outside of the world influenced by Wolfenstein and the like. They took their own approach and ran with it. The results are definitely kind of odd - very simplistic-arcadey, but it's a fun little game considering its age. Basically, you are in a Die Hard kind of situation and you must engage terrorists as you move through a huge complex. Use your knife, your fists, your pistol, and your feet (kicking is rad!) and duck out of the way of attack Punch-Out!!-style. 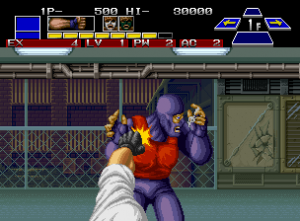 Overall, kinda shallow, pretty simplistic. This is an old game from a different time, but it is interesting to look at and some fun can be had if you're a certain type of gamer. Interesting to look at for the history, just don' expect to spend too much time geeking out with it.