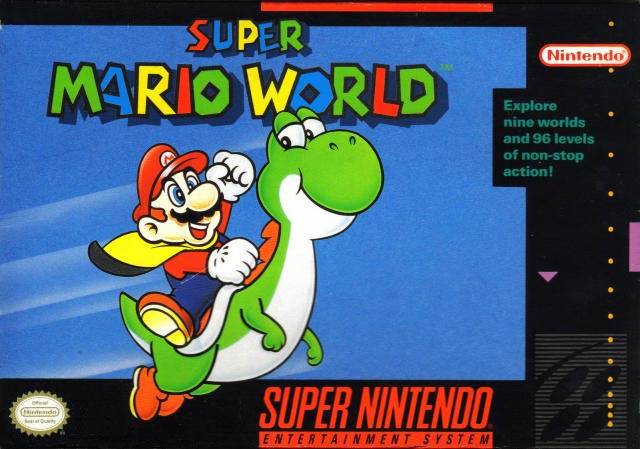 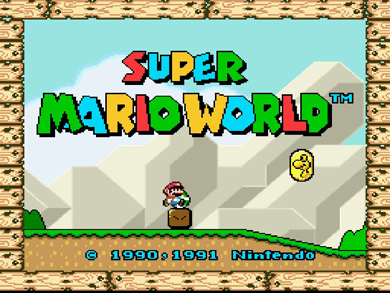 This is a big one; this game was the "big system seller" for Nintendo, and got people to spend the $200 necessary to obtain their new console. People weren't quite so eager to invest in new videogame systems in the early 1990s, after spending so much money on cartridges for the systems they already did own; it was unusual for gamers to own more than one system at a time. 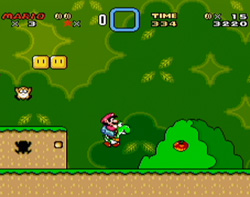 There was a lot riding on the success of this game, and a lot of time and energy was put into the development, and it showed! The new Mario game looked, sounded, and played wonderfully; it seemed a little easier than the older games (more kid-friendly, perhaps) but it was a pleasure to play through, and long enough to feel that it was worth the investment. 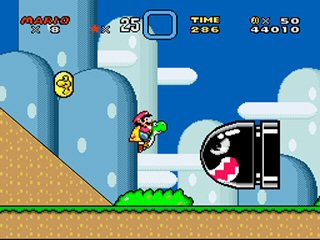 Unfortunately, they waited a little too long to release this title - Sonic the Hedgehog landed several months earlier on competing 16-bitter Sega Genesis, and sort of stole a lot of Mario's thunder at the time. Mario was "bigger and more colorful," but Sonic was something fresh (and in many gamer's eyes, looked and sounded as good). Nintendo always scoffed at the competition - now they were in the hot seat! 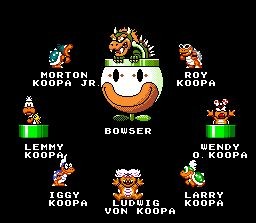 This was a good game, and capitalized on what made the previous Mario games fun - running, jumping, lots of secrets, lots of weird powerups, and plenty of colorful characters. Mario learned some new tricks - he could inflate like a balloon, run up the sides of walls, fly with a cape, and ride a dino who ate enemies. 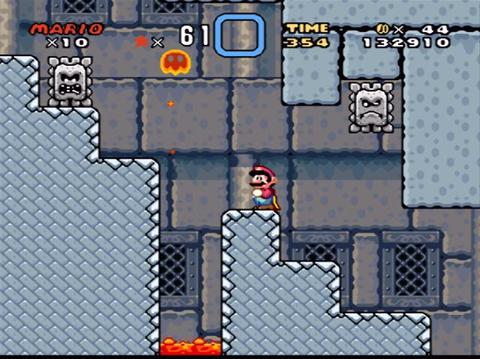 The game had a lot of nice little touches which is the difference between a pretty good game and a GREAT game. Sampled hectic piano music - cute little cutscenes showing Mario destroying enemy castles (a different, unique animation for each one!), plenty of bonus worlds to work through - this game had a lot to offer. Overall, a wonderful game with a lasting legacy which still holds up very well even today, 20 years later.