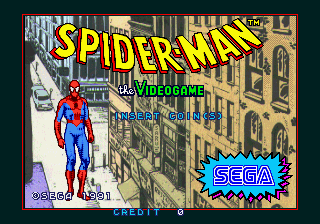 Whaaaaat's this now? Spider-man in a video game - can it be true, I say rubbing my eyes? Well, once upon a time it actually was a bit of a novelty, believe it or not. And even though most of his pre-3D escapades were not very good, they were usually worth checking out because, you know, it was Spidey. 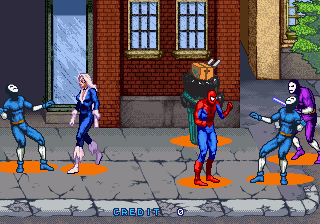 Here we had a classic example of "hey let's make another beat'em-up." I guess it's kind of a no-brainer to take superheroes and stick them in the fighting genre, though kinda disappointing when they play it so vanilla. The character of Spider-man generally has a lot of charm and personality - in a game like this, though, he just walks and punches. Not too exciting. 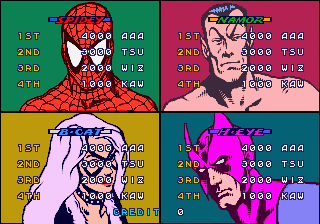 To break it up, at least they have a couple of platforming segments where the camera pulls back; it's nice to have a little variation like that once in awhile and at least get a sense that they were interested in trying something a little different. 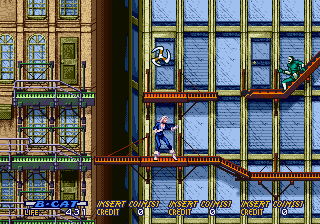 Graphically, this was pretty good in its day. Not fascinating, but quite colorful (if a bit awkward looking). The cast of characters was sorta strange (Namor the Sub-Mariner? Why not?) but at least they crammed tons of Spidey villians in there for good measure. 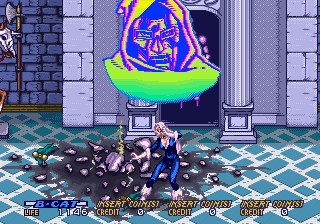 Overall, not a bad fighter in it's day, if a bit underwhelming and shallow. Come on Sega, where's your heart! If anyone could have the potential to make a crazy-fun Spider-man arcade adventure, you know it would be them.