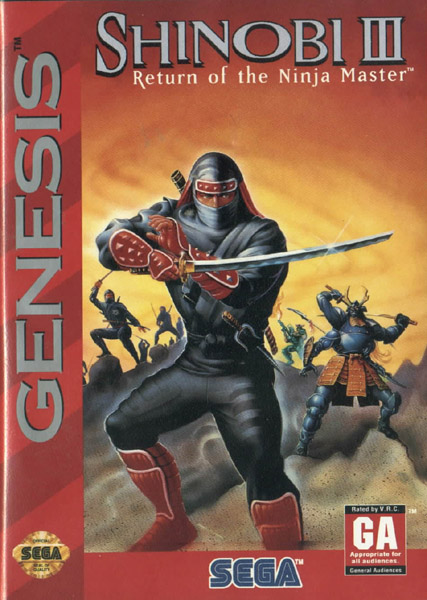 Shinobi III: Return of the Ninja Master by Sega for the Genesis, released in 1993. 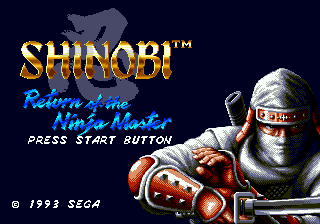 One of the last great, great games for the 16-Bit Sega unit (well, if you ask my opinion), this title was released late in the system's life, following a tradition of one of the strongest Sega action brands. After two very successful previous outings on the platform (Revenge of Shinobi and Shadow Dancer), the franchise was back for a Threefer, and hopes were high among the faithful that gool ol' Joe Mushashi would deliver the goods once again. How did he do? 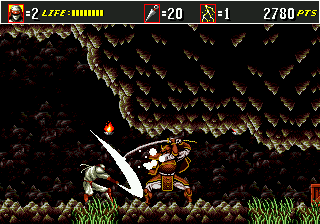 Let's not get any further into this breakdown without spilling the beans, Shinobi III is awesome. They took so much of what had worked for the previous titles: superior audio and visuals, very tight play control, thoughtful level deign, enticing powerups, and overall well-balanced rhythm of gameplay. 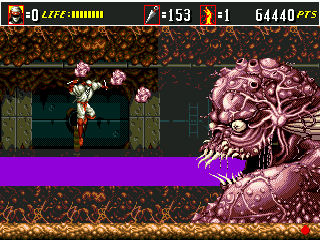 To spice things up, they beefed it up appropriately in the necessary areas: more moves (now you could climb and hang onto things, jump kicks, etc), crazier levels (more sci-fi, but not ridiculous), tougher challenge (but not frustrating). They threw in a couple of alternate playing levels as well (horseback riding and turbo surfboarding.. hey, why not?). It was enough to feel very fresh without seeming to be more of a rehash of the same, as many of these games tended to end up. 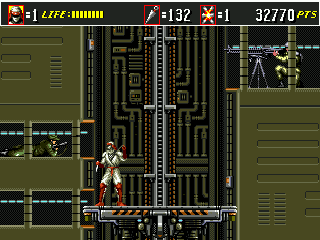 Even so, Shinobi 3 wasn't without its flaws. Even the best platforming games have their warts! Parts of the game seemed to steal directly from other big-name Genesis titles (ESWAT comes immediately to mind) and though the spritework and music are both extremely well-done, there is kind of a smoothness that has been lost since the days of Revenge. Everything felt somehow.. scratchier. Ladeling on detail doesn't necessarily always make things look better, and many of the later Genesis games are guilty of this. Don't get me wrong, few Sega games looked half as good as this one did. 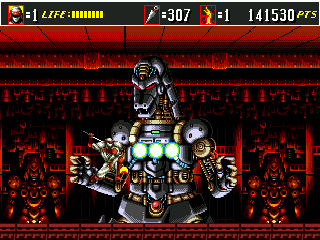 Interestingly, in researching this game I have learned that development of Shinobi III was pretty far along before they gutted chunks of it and went "back to the drawing board." There's betas available online which are notably different from the final product, apparently there wasn't so smooth of a development process for this title. Never played them myself, but one day I'd like to examine as this is one of the better titles for the system and it would be interesting to see how it evolved. 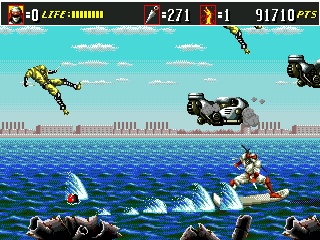 Overall, Shinobi III ranks very high on my list of must-play games for the Sega Genesis, rather for the entire 16-bit period really. A solid playing action title, with stellar looks and a wonderful soundtrack. The game hold up very well in the modern period, and is possibly the best Shinobi game ever created, according to many!