Retro Game of the Day! Shining in the Darkness

A daily look back at some of the most memorable games we grew up with.
Ron Alpert
Blogger
May 02, 2011

Retro Game of the Day! Shining in the Darkness 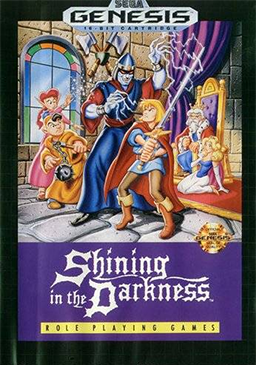 Shining in the Darkness by Sega and Climax Entertainment (Japanese developer, not the similarly-named UK house) released for the Sega Genesis in 1991.

Those who know me are aware that I was never big into RPG gaming; still when an EGM offshoot magazine called Mega Play published early screens of a game called "Shining Darkness," it was hard to ignore.

The screens looked impressive, the game was 8 Megabits (impressive for a cartridge memory size at the time) and there really was nothing else that looked like it on the market at the time. The wave of SNES RPGs was a ways off still, and there hadn't been much at all on the Genesis either. 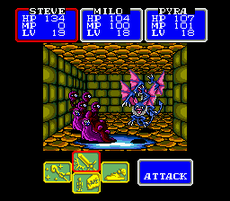 The game looked (and played) much like a souped-up next generation version of Sega's well-known 8-bit hit Phantasy Star. Two important differences - this was a newer generation software, and where PS was definitely a traditional mange style, SITD had a very unusual art style (particularly for a Japanese RPG) - it felt like a mix of light-manga with a bit of a European-inspired style perhaps, and it looked very out-of-place on the Genesis for that reason, although not to it's detriment. 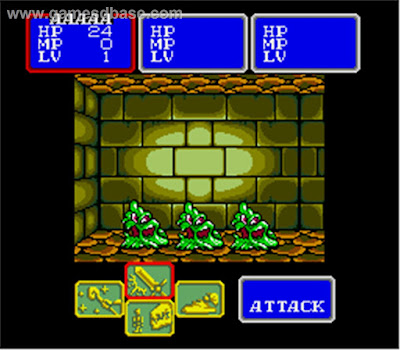 The game itself was as you'd expect, and in modern consideration it looks and plays out quite primitive; but at the time, it was very fresh. The game was slow, a crawling grind, with very limited options (as many RPGs of the day were) yet it was still quite engrossing with it's charming-yet-dark world and fairly well-written character dialogue.

Ultimately, Shining in the Darkness was a title I never got terribly far through, but for me it will always be memorable as an early landmark title on the system and a worthy follow-up to it's source material.