Retro Game of the Day! Pac-Land 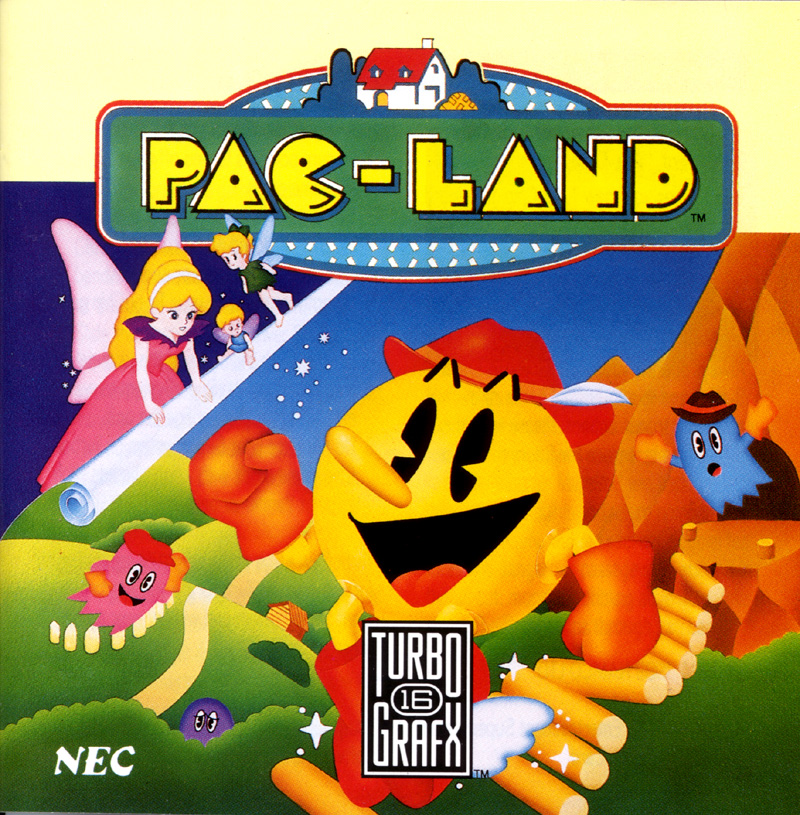 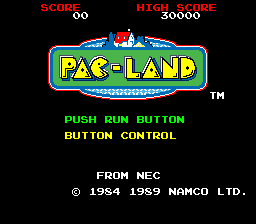 Pac-Man, as is no surprise, was one of the hugest sensations in this country (and others) in the early 1980 - video games had arrived for the masses! Unlike Pong and Space Invaders, the original Pac-Man arcade had gone a step further by assigning actual characters with names to take place in their video game world. Pac-Man the little hungry yellow ball, and his pursuing ghosts Inky, Pinky, Blinky, and Clyde. With video game sequels Ms. Pac-Man, Super Pac-Man, and Jr. Pac-Man, more characters were added to this world - and eventually in the world of commercial licensing a Saturday Morning Cartoon was created to help drive interest (and therefore sales of products bearing all of these likenesses). 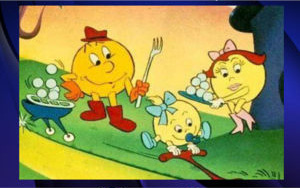 In the early 1980s I was a self-proclaimed Pac-freak, I watched the cartoon, I ate the cereal, I played the game on my Atari 400, I had a Pac-Man Trash-Can. I even had a Pac-Man themed birthday party with a Pac-Man cake. You get the picture. I was a devoted fan of the (in retrospect, horrible) Hanna-Barbera Pac-Man cartoon - strange, though, that I was never aware that a video game based on the television show based on the original video game had been created, this I would learn of years later (at which point I'd know better than to care!) 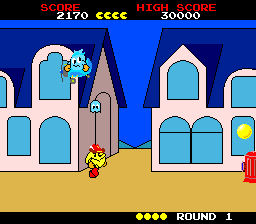 And so, unto the world the Pac-Land arcade machine was released. So, so different from any Pac-adventure preceding it, this game did away completely with nearly all of the elements which had made the series so popular and instead focused on the landscape of Pac-Land, and Pac-Man's quest to return a lost fairy to her own dimension. All the while, Ghost Monsters are present hell-bent (sort of) on halting Pac's progress. They attack in biplanes, throwing their children at him like renegade Gypsies. They fly through the air in UFO's. They drive old Model-T cars through Pac-Streets attempting to run him over. So.. yes, this is a strange game. 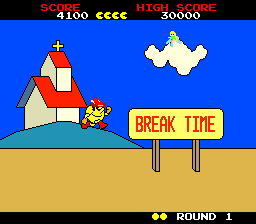 Each level is a simple side-scrolling quest, a colorful journey from left to right. Pac must dodge enemies and jump over obstacles such as cacti and fire hydrants, the latter of which can sometimes be moved to reveal hidden cherries in storefront windows. At a level's end waits a Church as Pac marks a level's completion. Really, Mario. Where's your church. Flagpoles, fireworks, that is blasphemy. 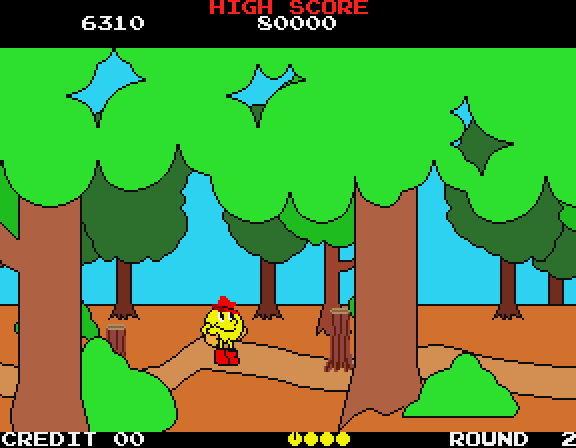 I remember finally laying my hands on the TurboGrafx-16 port of this game several years later. Rather than the traditional button configuration, they decided to use the B and A buttons to control directional running. Just adding to the strangeness really. All things considered, this was such a strange entry into the whole franchise through and through (believe it or not, there was more weirdness in store for the Pac games...) Not terribly fun in hindsight, but when one considers that this game released prior to any of the Super Mario Bros. titles, then you can suspect it was probably fairly impressive upon first reception!