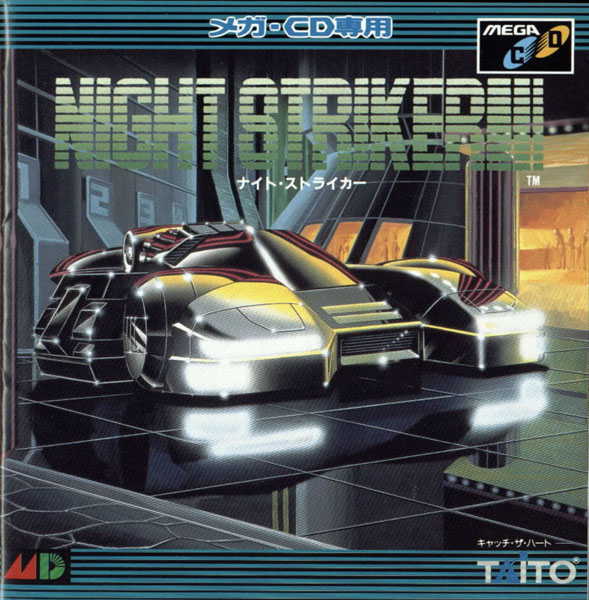 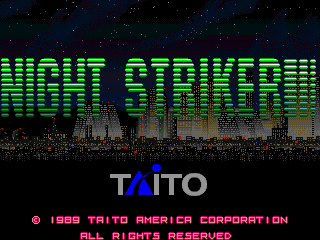 In the 80s, Sega ruled the arcades with several fancy-tech "into the screen" 3D games. Not polygon rendered 3D mind you, rather sprite scaling tech where detailed 2D images would grow and shrink in large quantities while game elements approached (or backed away from) the viewer. Famous examples of this were After Burner, Thunder Blade, Space Harrier, Galaxy Force, Hang-On, and Outrun. Each of these games had a very distinct "Sega Look" to them - very colorful, very beautiful, very breathtaking. 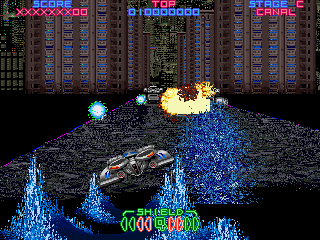 Surprisingly, there were not very many ripoffs of this style, but a few did slip through the cracks. Probably one of the more notable among these was Night Striker by Taito. 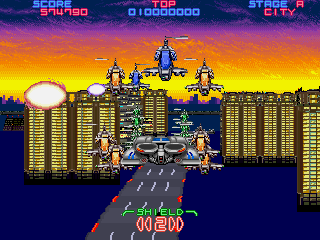 Essentially, this was the same deal as any of those games mentioned above - very much a Space Harrier knockoff, you'd fly into the screen and blast away at your enemies in the glorious, dramatic pseudo-3D presentation. The graphics looked amazing and the rush was intense. 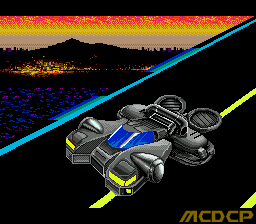 Night Striker wrapped it up with a very cool "Blade Runner/Dark futuristic" theme and a hovercar that just screamed "this would make an amazing Japanese Animation!" The gameplay itself was rather basic, as it was in many of these types of games. Shoot, dodge, fight, get further. Night Striker had a couple of nice twists (a depletable shield system like in Galaxy Force, branching paths through the levels like in Darius.. sort of). All in all a nicely-wrapped up package, courtesy of one of the hardest-working devs in the business. This could easily have stood toe-to-toe with any of Sega's greatest efforts. Sadly, it might have shown up a little late to the party, as Night Striker was a one-off which never really showed up again (and no decent home versions arrived until many years later). For me, it represents a gritty, beautiful, action-filled world which still looks gorgeous to this day (even if it is a bit sloppy and choppy). I'd love to see a new-gen Night Striker title! I yearn to once more take on the "Mysterious City-Attacking Terrorism Group!"