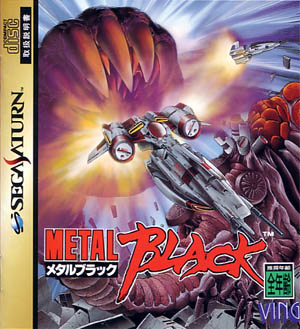 Metal Black (Gun Frontier Part 2, though it's a prequel) by Taito, 1991 arcade release. 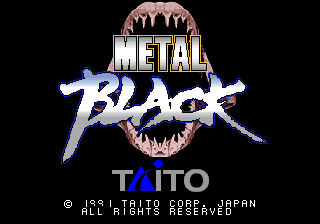 Actually, to get a bit stranger, this game was originally intended to be a sequel to Taito's much more well-known aquatic-themed Darius series, but it didn't turn out that way. Instead we have a very bleak game (the story starts out right after the Earth has DIED, and you fly over it, depressingly). 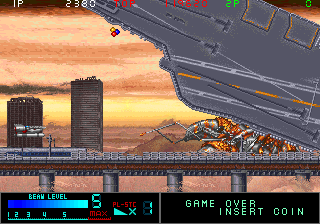 Unlike many of its contemporaries, there are no traditional powerups as you'd expect; no force shield, no options. Flying your ship "Black Fly," you can collect "molecules" of something called "Newalone" to strengthen your standard cannon to some degree, and also powerup your (quickly depletable) mega-weapon - but as you'd expect, that's only to be saved for a crisis situation, and you'll have a hard time finishing any boss off without it's deployment. 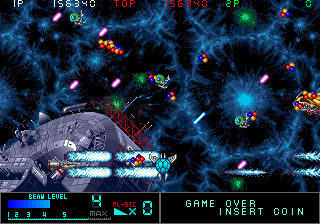 This is a strange game, with a very Gothic name; the overall presentation has always felt in league with Konami's shooter Xexex and Irem's X-Multiply, to a lesser degree; both were follow-up shooters to those respective companies' flagship brands (Gradius, R-Type respectively) and both were very far below the quality level of the smoothness of their predecessors. Especially in the case of Xexex as well, Metal Black seems like it is trying to push some fancy tech to the detriment of its own hardware, and looks worse for it at times. 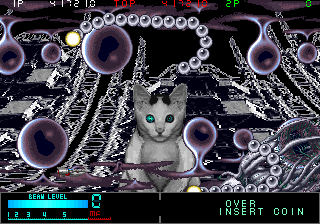 Still, this is an unusual shooter and it does have some merit. It's not terribly colorful, a lot of the bosses make you scratch your head "who designed this?" but something about it's beyond-desperate theme and chilly attitude make it endearing. As you play further through the game, the bland level designs don't do much to excite yet there's constantly a feeling of "I want to see how this winds up." I'll say this much, the final battle and game's end do not disappoint; strange even for these standards!