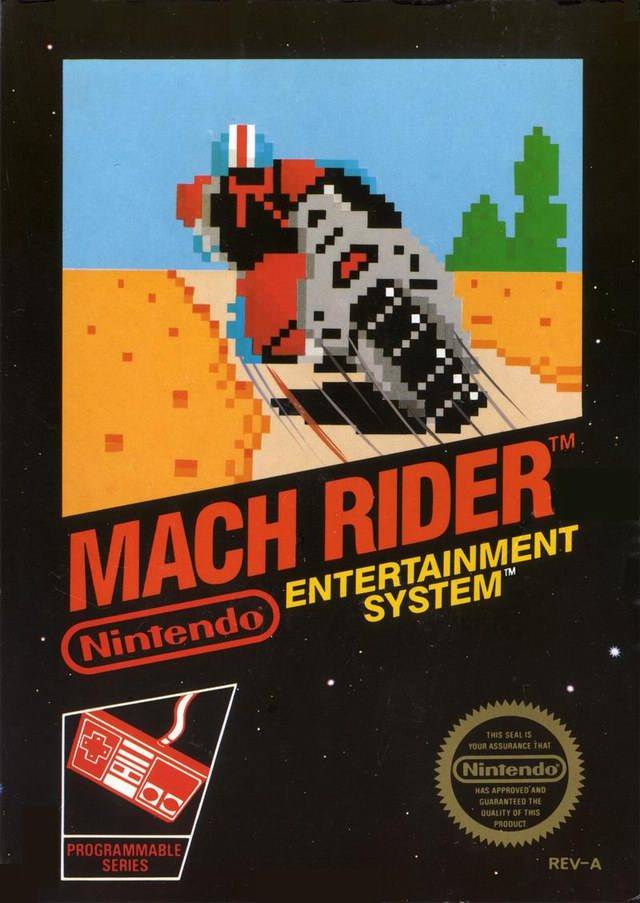 Mach Rider by Nintendo for the 8-Bit NES, released in 1985 (during the American console's initial launch). 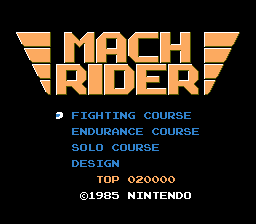 Ah yes, going way-way-back in the way-back machine here.. who remembers this game? Mach Rider was an early NES title that seemed like a no-brainer for a kid to pick up, at the time - Sega's "Hang On" arcade motorcycle racer was one of the most incredible machines one could get their hands on those days, and since we'd never see that particular game running on the NES, this was going to have to suffice. 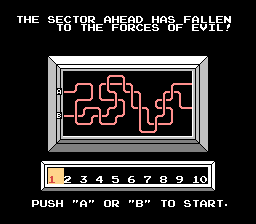 Though Hang On was a straight-up racer and Mach Rider was a racer-blaster, it was close enough for my tastes and the post-apocalyptic scenario was just icing on the cake. So that all being said - how'd the Mach Rider measure up? 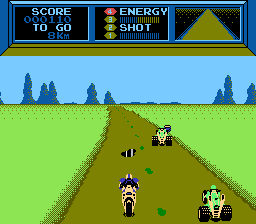 Eh - he did alright. This was one of those games that you fired up in your NES with a lot of expectation. It looked cool, it sounded cool, no other games like this were really available on home consoles previously. And for the first several sessions of play, it really did deliver. A strong sense of speed, 3D pseudo-scaling graphics (as best as could be expected of early generation Nintendo 8-Bit titles) and of course, the small amount of vehicular combat that was provided - the game was pretty ace. To top it off, there was a track editor component, you could actually design and play your own courses. Unfortunately, there was no feature to actually save them so after you powered off, it would be lost forever (the original Japanese system supported this feature with external hardware; it was planned but scrapped in the American market, so no fault of the software. They should've stuffed a battery in there!) 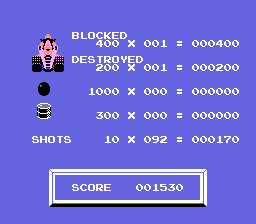 In hindsight, the game hasn't aged well and is fairly bland, feature-limited, and choppy, but when I was barely in my double-digits Mach Rider got a great deal of play on my brand-new NES. I actually felt a high level of accomplishment as I got into the deeper courses. I'd love to see a new take on this very retro idea...!