Retro Game of the Day! Karnov 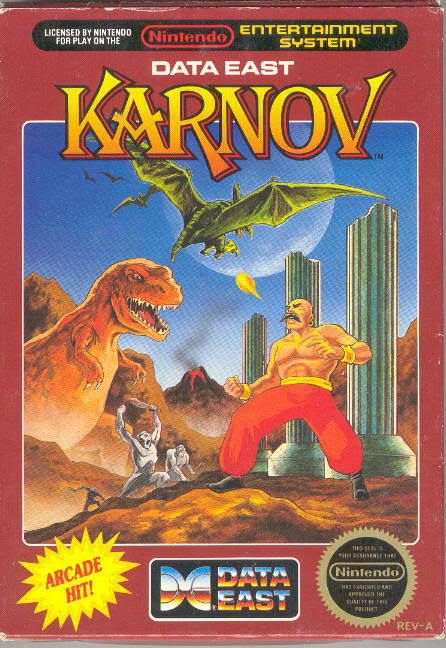 Karnov by Data East, originally released in the arcade in 1987 and ported to the NES (and other systems) the following year. 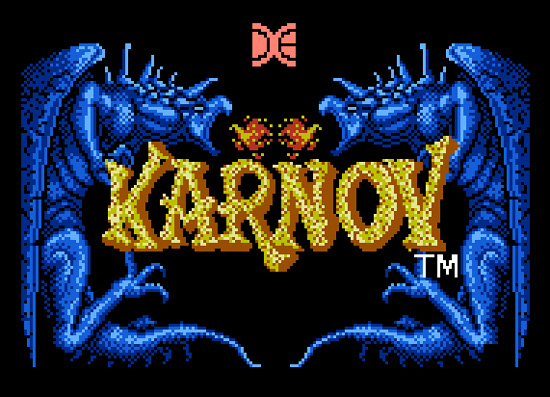 Alright! So there were some NES games that you'd rush right out to by as soon as they released (Mega Man 2), and then there were those that you'd pick up second-hand from some other kid at school who would be selling his NES games to get money to buy drugs or whatnot. Karnov was of the latter variety. 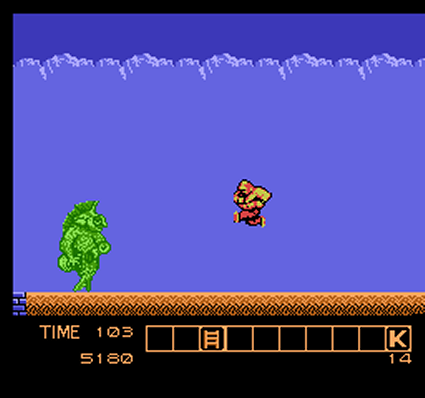 A strange game, this - you controlled a fire-breathing, retired circus strongman with a big beergut who sought treasure in strange lands. That's really all the setup that was given with this game. 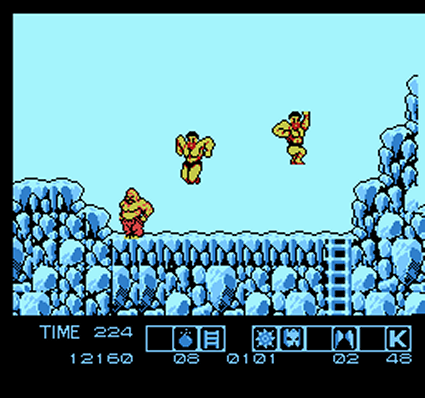 And it is pretty much just your run-of-the-mill platformer. Other than the pretty fancy-looking title screen, Karnov never really seemed to have a lot going for it: You run around. You pick up "K's." You shoot fireballs. If someone touches you, you become blue (again, and you die). Karnov did have a bit of a nifty item-collection system going on: shields, powerups, scuba gear, high-jump boots - even a ladder - all that stuff was pretty cool! 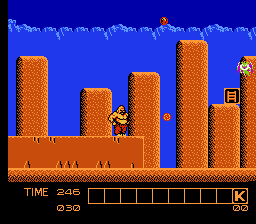 Unfortunately, the game had kind of a dreary aesthetic - the graphics weren't bad, they just didn't look very fun. The soundtrack consists of a single heroic-sounding tune with a bit of a Russian flavor, but the same tune plays out through the entire game which gets a bit old (it is a half-decent chiptune though!) The sound FX are particularly grating however. There's a lot of bleeping and garbling in this one. It just makes you feel a bit nauseous - what were the designers thinking? 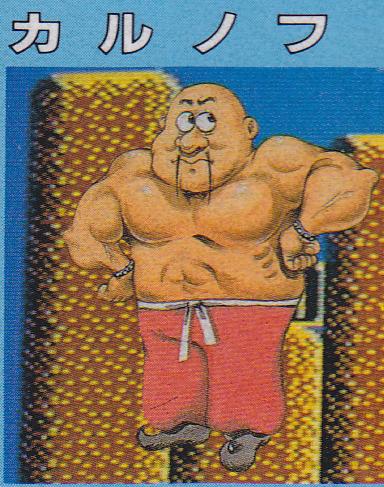 At the end of the day, I will say this of Karnov - I picked it up for a cheap price, essentially to have another NES cart to fill out my shelf. I gave it a couple of plays and actually found myself digging it - any game where you run, jump and shoot in any manner similar to Contra can't be all bad! Karnov might not be the bee's knees, but it's a fun little platformer to kill an afternoon with, and some of the sights will make you laugh and scratch your head, wondering - who the hell writes this stuff?