Retro Game of the Day! Joust 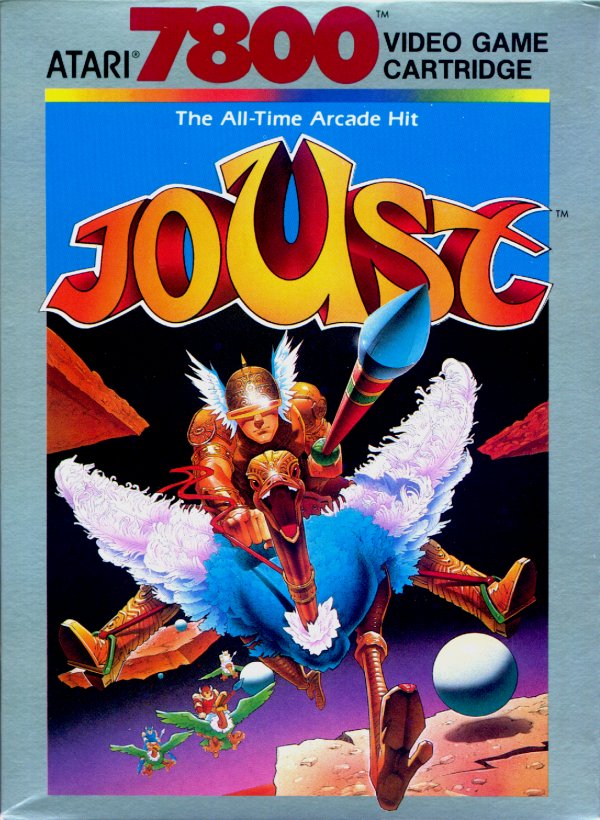 Joust by Williams, arcade release in 1982.

One of the more well-remembered classics of the modern age, Joust pits you against your fellow lance-wielding opponents as you take to the air on a flying steed; the goal is to knock your all of your opponents off of their winged rided before they can get the chance to do the same to you.

Produced in a time when single-game playfields were the norm, this title used an interesting mechanic to enlarge the space; similar to games like Asteroids, the area would warp you around if you passed from one off-screen side to the other. Overall the game was very simplistic - fly, dodge, and charge. Occasionally other dangers would appear (pterodactyls, fireballs) to increase the challenge. 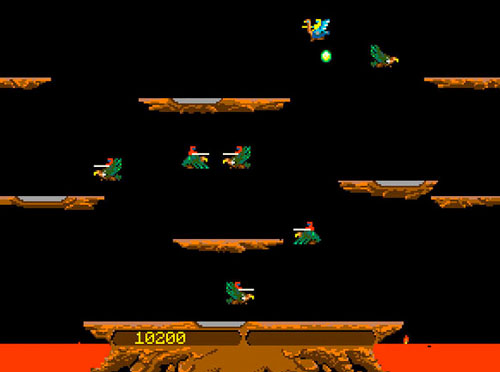 A tough game, but still an enjoyable one to appreciate solo or with your buddies. Pick up Joust and kill some Ostriches!