Retro Game of the Day! Dr. Jekyll and Mr. Hyde 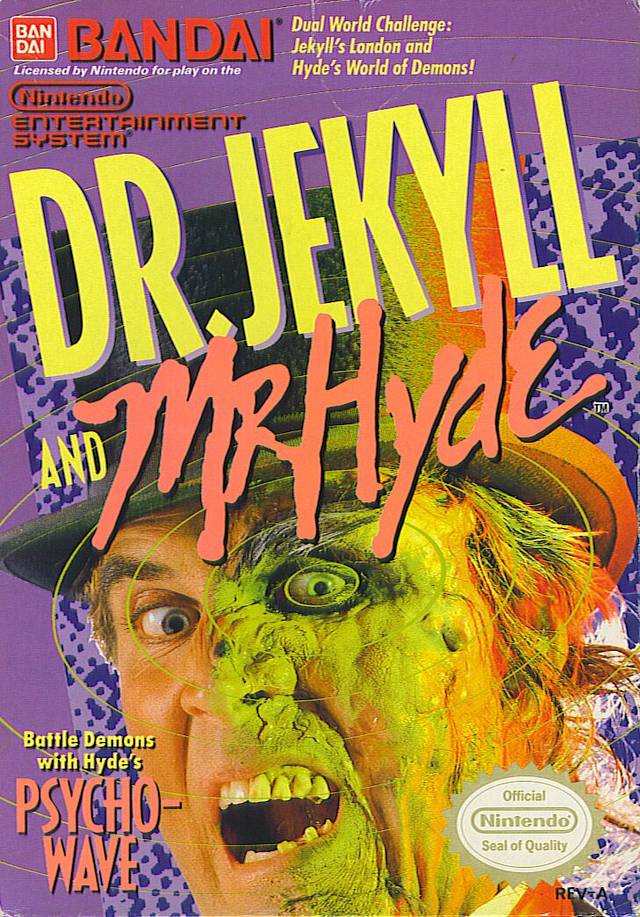 This is a weird little obscure game, seldom mentioned in the darkest corners of Nintendoland, for a variety of reasons. The only chance that most folks might have even heard of it, perhaps, was because they saw it on an episode of Angry Video Game Nerd. (And hey - listen - if you are reading this, that means that you are an Angry Video game Nerd.. capische?) 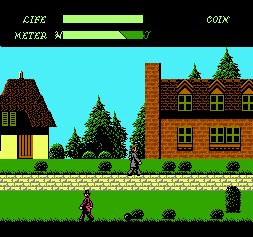 Well, Nerds notwithstanding, I remember seeing this profiled in a very early issue of GamePro magazine back in the day, and actually being curious enough to rent it. Most Nintendo games involved aliens shooting lasers or saving princesses from dragons and cliched drivel like that. On paper, the premise here actually sounded quite unusual... you are 18th Century London scientist Dr Jekyll. You must stroll to the chapel to marry your true love.. but there's lots of obstacles in everyday life trying to irritate you! If you get angry enough, you pull a Bruce Banner -> The Hulk and become a monster. Also, the world twists inside out, and becomes a demon plane, with hideous creatures stalking and attacking you. If you defeat enough monsters, you could turn back to mild-mannered Jekyll and return to your quest for booty. If you travel further in the Demon World than in the Real World, you'd be struck dead by lightning. 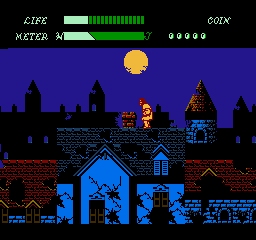 Overall, an interesting premise for a game, and the 8-Bit Victorian graphics had some charm to them (in a "softer Castlevania" sort of way). As a kid, I rented the game and found... a Victorian Turd. Actually, even now there is something about this game. It is still not a good game, but its combination of weirdness and obscurity is strangely compelling somehow.. 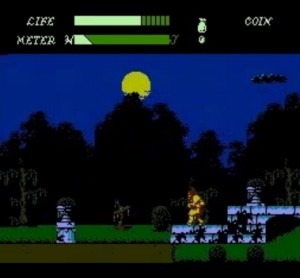 Picking it up again years later, I see it's not even aged well at all. In the Real World, you merely walk and jump and prod things with your cane. Strange men try to bomb you, kids shoot slingshots at you, dogs bark and bite you. It's not a very pleasant world is it! When you go to the Demon World, the combat is not particularly enjoyable and you don't really get to let loose any built-up tension on your tormentors.

Overall the game is frustrating - but again, part of that (why is it so strange?) is what is compelling about it, maybe not so much to play it, but to contemplate it at least. For most folks I'd suggest you stay away from this title, but I suspect that there's a select few people who will enjoy this odd bird of a game. On a last note, the title screen theme is the same as Rygar's cave music. And for the truly curious, here's a nice breakdown of the whole ordeal.