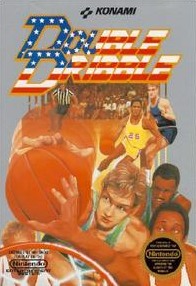 Double Dribble by Konami, original arcade release in 1986 (if you could find it!) and ported to the NES the following year. 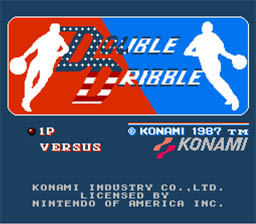 "Double Dibble!" (that's not a typo) is the first thing you'd hear upon booting up this game inside your NES Control Deck. "Wow, digitized sound from an 8-bit game?" Garbled, but yes! Known in Japan as Exciting Basket, they thankfully retitled the domestic release and "a star was born!" 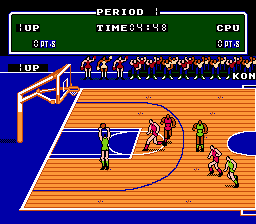 There was no shortage of early sports titles for the NES - Soccer, Baseball, Golf, all the usual suspects were fairly well-represented. However, none of them were particularly glitzy until this release entered the fray. Like many video B-ball games before it, Double Dribble was a fairly simplistic execution of the 5-on-5 contest - but more than most of the competition, this game really shone with a lot of quality and "that special Konami touch." 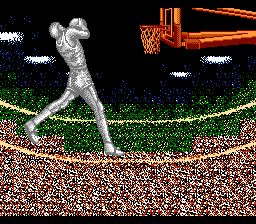 The game was not very complicated. Shoot, pass, go for a threefer, shoot foul shots, and so on. The game was best known for the slam-dunk closeups - take a shot within the basket's range and the viewer was treated to a closeup cinematic display of their baller slamming one into the hoop. Of course, it was a bit odd how the entire game was in color and this single scene depicted the player in B/W (against a color background). Obviously they didn't have enough memory to render out every possible uniform color combination, and just decided to cheese it. I say FEH! Come on. Where's your palette-swap. What are you giving me, Konami..? 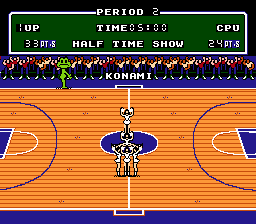 Lazy programming aside, the game was a blast in its heyday and had a lot of other nice little trimmings (mascots, halftime show with hot 8-bit cheerleaders). All of that applesauce was well and good, but the gameplay was what kept people coming back for more. This was one of the games which got you talking some serious trash against your rival "oh did you see that? In your face! You want some more??" It's true. Double Dribble burned down to my core..! 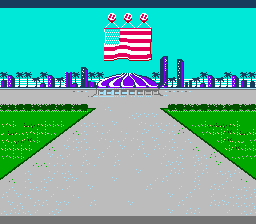 It's pretty hard to go back to now, but I think anyone reading this blog who was a gamer in the mid-80s can remember a time when arcade sports were not about official licenses, player stats, and fancy likenesses. This game was about speed, action, and dominating the court. That's all we needed!