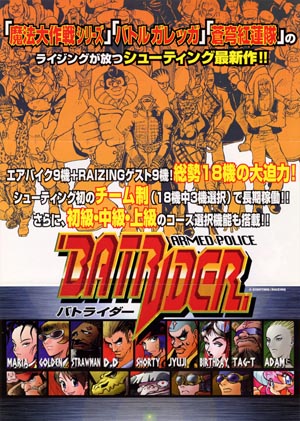 Armed Police Batrider by Raizing/Eighting, arcade release in Japan in 1998. 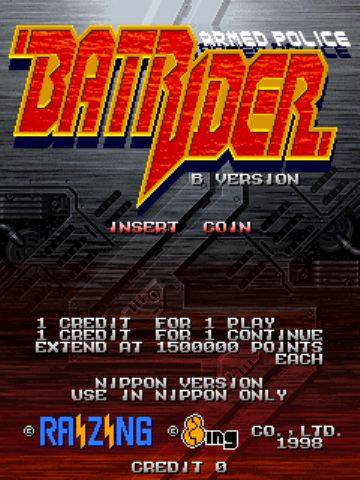 WELCOME TO VIOLENT CITY! And with that, I introduce you to Armed Police Batrider, a nice little vertical shoot-em-up that most readers to this site likely never heard of. I hope you'll give it a look after being tuned in, it's an intense little shooter! 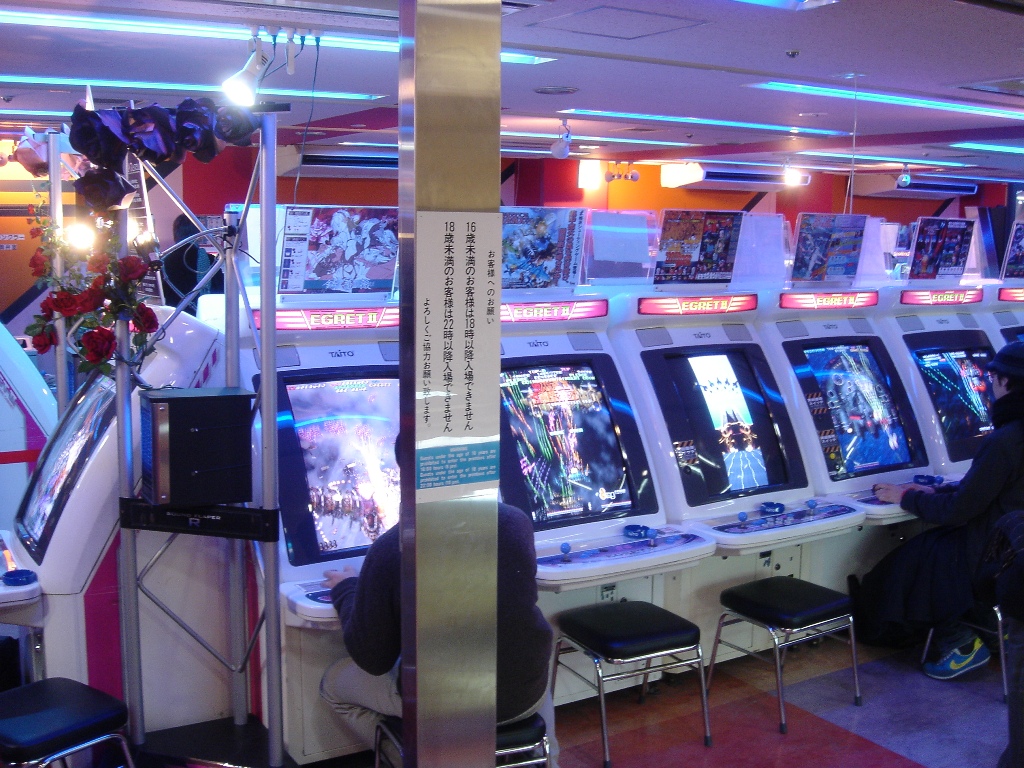 In the early 1990s, outerspace shooters were really the order of the day = probably among the most popular (and certainly the most prolific) genre available in video gaming. (Relatively) easy to program, and flashy with the audiovisuals, these games lit up arcades around the world. Flash forward to the other end of the decade, and you had the Nintendo 64 and Sony PlayStation leading the charge in defining what was cool gaming. 3D had arrived; 2D was dead. Still, these games thrived for a time in Japanese arcades, as the 2D tech was blazing gorgeous and shooters became known as "bullet hell." 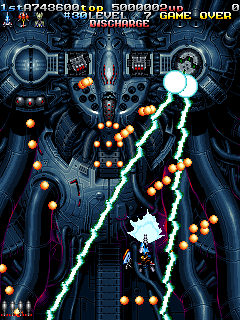 Companies such as Raizing and Cave were in top form in these days, and they churned out games of this manner. Armed Police Batrider is one of the more notable releases, in that it's an absolute jaw-dropping speedy and detailed game, loaded with lots of "little touch" animations and a lot of tight visual style. 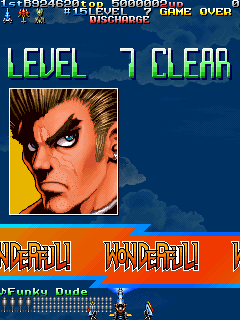 A padded game, you get loads of characters to choose from (different pilots with different ships/weapons) and plenty of unlockables/secrets in the game itself. No slouch either is the butt-rock J-Metal soundtrack, with tunes such as "Let Ass Kick Together." 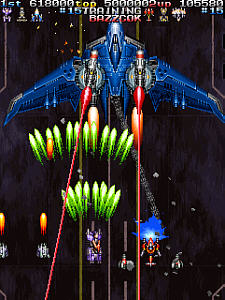 Play this game; it is dripping with goodness. If you have a soul, it will smile and delight at the insanity on the screen, and the pure love put into this game by the developers. It rocks.