BattleTech game director Mike McCain and Harebrained manager Mitch Gitelman discuss the trade-offs and dev techniques that helped them ship a game that matched promises made on Kickstarter.
Phill Cameron
Blogger
May 24, 2018

As BattleTech has stormed out of its backer beta and out into the open, we at Gamasutra have been thrilled to see how it's aimed to hook players within its opening hours, and to peek under the hood of its mission generation.

But when you're a small company trying to put out a PC game that was backed with thundering success on Kickstarter, how do you keep your development process under control, and properly deliver on what your backers promised? What do you do when you realize some promises can't be kept?

Luckily, Mitch Gitelman and Mike McCain of Harebrained Schemes were game to answer some of these questions, and answer how they tackled these problems while working on a relatively small team. We've collected their responses in a Q&A you can read below.

Francis: Harebrained Schemes was really transparent about, for each tier of funding you received, you would be able to develop more content. The first thing I'm curious about is, were you able to keep to that production pipeline? We have this much money to the bank thanks to Kickstarter, we are able to achieve this much content? Or did you find yourself having to go over or under those tiers because of that?

Gitelman: I'll start by saying that I'm very proud that the original vision of the game that we put on our Kickstarter was incredibly close to what we're actually delivering.

Gitelman: Credit to Mike and his focus. What we said, by in large, we did. There's a notable difference that we need to call out. We had planned to do far more with our multiplayer when we started. That was our last stretch goal. We planned to do leagues and tournaments, the Solaris 7 setting and stuff like that. Based on time and all sorts of madness that comes in game development, we moved away from that and we're making different plans.

We're definitely shipping multiplayer, and it's a metric f-ton of fun, especially when people realize the customization, what that does to multiplayer, it's insane. We're having some great tournaments in the office. But that's the place where we deviated perhaps the most.

The other thing was, with the tournaments and stuff, Battletech, a lot of it has to do with random number generating, and we felt like that a highly competitive environment was antithetical to that. So it's more friend-based.

"If you're smart, [Steam refunds] changes the first two hours of your game. Make sure that people are fully engaged past the two-hour mark so that they don't return it for a refund."

Francis: So what you're saying is that you had to make a choice early on, to make a way more casual multiplayer experience rather than something that's more tightly focused? I mean, esports is a weird word, because everything's an esport if you say it is, but are you saying that you had to deny yourself the possibility of that kind of competitive scene because of this?

McCain: I think that, for me, it's more that the game did not seem like a great fit for that direction. We think it's an amazing game to play with friends. There's so many strategic options, but at the end of the day Battletech is and has always been...random number generation has been a critical part of the combat experience. The more we look at the game, the more our goals for multiplayer were to connect people and to allow, especially longtime fans of the franchise, to be able to have this sort of matches. It just seemed like us trying to make a multiplayer experience that was enforced, it wasn't the right direction to take the project.

Wawro: I wonder, how seriously do you take the idea of capturing a player's attention and keeping them engrossed. There's a comment in chat, sirbedwyr7 points out that the currency for games, in which they're measured, is changing, because there's so many games, from dollars to minutes. How much time someone spends with their game.

I don't know if I agree with that, but I think it's interesting that we're talking about trying to get people to explore games and learn about them, and that I think the risk there that a lot of developers feel is that someone will get turned off or frustrated and go to something else.

Gitelman: There's a business angle to this, that has changed within the past year or so, that is important to this conversation, which is that, on Steam, you can return for a refund within two hours of gameplay. If you're smart, that changes the first two hours of your game. Make sure that people are fully engaged past the two-hour mark so that they don't return it for a refund. 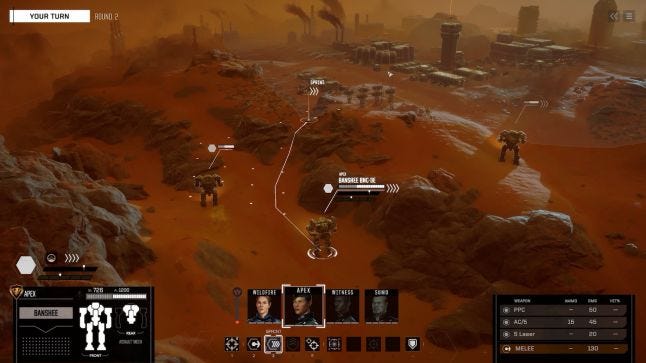 McCain: I feel like it's about what hooks the player, and that's not necessarily the same as explaining to the player. I played Kingdom New Lands, a side-scrolling kind of town building roguelike, and I had a great time. But I was on the internet to figure out what most things did. But it kept me coming back to it, I was compelled like, the game made me want to figure it out, so that, at that point, just because the game was choosing not to explain these things, because I think that's in vogue in roguelikes these days. Let the player slowly figure it out over time or Google.

So the game made me want to learn it, and I could solve that problem. I would hope that we're able to create an experience for people where, I'm sure there are some shortcomings in where we tutorialize them. I'm sure that excitement for the game and for what they want to accomplish carries them past that.

Gitelman: There's always something new to experience, some new bit to introduce along the way, it's a trail of mostly-positive breadcrumbs.

"It's about what hooks the player, and that's not necessarily the same as explaining to the player...let the player slowly figure it out over time or Google."

McCain: Also, I want to talk to the guy who beat Dark Souls without the internet.

Wawro: That guy's hardcore. Before we go on, I think it's interesting, let's talk about specific examples of how you guys, during development, refined the opening hours of the game. Because I imagine that it didn't look this way the whole time.

McCain: We spent a lot of time on the opening. And most of it was cutting! I don't mean that we ran out of time, it's editing. Those first couple of missions, they were way too long, or too narratively complex, to try to land the hook of our story. I hope it works now! (laughs) I hope it resonates with people. That took a lot of drafts, to succinctly try to introduce characters without distracting form gameplay too much. To introduce narrative beats, the political situation, and to do it all in a way that would land a narrative hook when certain things, that I'm actually not going to talk about, happen, because spoilers.

But there's no magic bullet. It was more like, "Nope! That still doesn't work."

Gitelman: It's the same thing we did with our Shadowrun games. We just repeated it again, it's all about iteration, iteration is the king.

Gitelman: Huh, with us? Rapid! (laughs) We knew it was rapid. 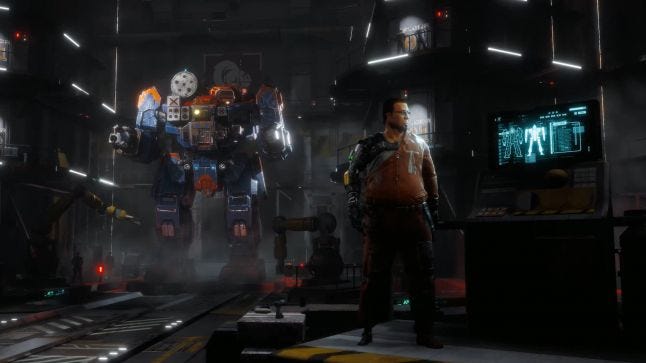 McCain: I would call it "just-in-time" playtesting. We do a mix of internal and external playtesting. The main thing that I try to be wary of is not to knee-jerk based on what you want. I don't mean this in a judgy way, but if you don't have the capacity to conduct a statistically valid playtest across hundreds of people, and consider it data, then you're in the land of ad hoc playtesting. You're testing with a dozen people and they're carefully curated. And who they are matters at that point.

I guess that's what I mean when I say I don't want to sound judgy, but I have to take into account, what other games does this player like, what are their proclivities for storytelling or whatever. Unless you can do a full, data-driven science experiment, then you're trying to react to ad hoc data and filter and understand it as best you can.

That's where we reached for friends of the studio, friends and family of our dev team, and put various drafts of everything from story missions to the entire campaign for the last couple of months before enough people that we get these stream-of-consciousness notes that we can filter.

Gitelman: Figure out what's behind what they're saying.

Gitelman: One of the things that often happens with playtesting, if you're not careful, is you're looking for the loudest voices, or the largest number of people all saying the same thing, rather than looking for what's really going on behind what they're saying.

McCain: What is the underlying cause at the center.

Gitelman: And that can be really challenging and time-consuming.

This conversation was excerpted from our livestream of BattleTech with developers Mike McCain & Mitch Gitelman. For more giant stompy robot insight, watch the full archive here.