Excitement brewing: Snap about to launch a game platform for Snapchat

It is rumoured that Snap is about to launch a gaming platform within Snapchat. The forthcoming platform sounds exciting and several gaming enthusiasts are looking forward to it.
Dr. Michael Garbade
Blogger
August 21, 2018

With technology moving at the speed of lightning, the world of social media is also getting crammed with different competing platforms.

Nikitka,who has more than seven years of game development experience and currently teaches people his skills, says that “there is a continuous need to keep innovating and developing new angles that are likely to engage users better and command a more massive and loyal following.”

Increase in followers is what Snap, the parent company of Snapchat, is aiming to achieve as it explores new territory. Word on the streets of social platforms is that Snap will be soon launching a gaming platform within Snapchat.

With plans of the gaming hub in top gear, the launch is expected to take off by the end of 2018. Different game developers are in the process of signing with the company to fast-track the process and have the newest gaming platform running at the earliest possible time. 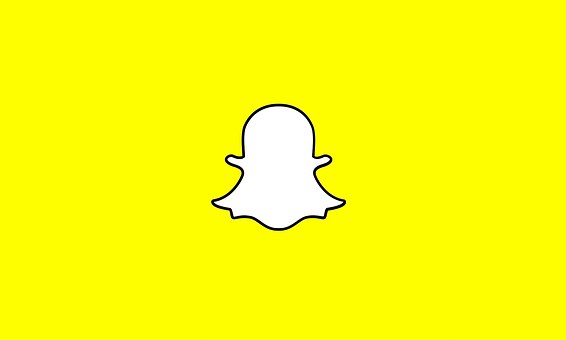 Snap seeks to offer users an opportunity to browse through the gaming app—without having to leave it. Also, they will be in a position to learn how to play Snapchat games without downloading any of them. The in-app built games will allow users to spend more time on Snapchat without interferences.

The Snapchat app also has a robust social nature with multiplayer components and existing leaderboards, ensuring users are retained on the platform.

Furthermore, it is rumored that Snapchat will strive to be the most preferred platform for the development of AR-based games. With the projected growth of the AR industry, this move could give it a push in the right direction.

Snap also hopes to keep its users engrossed in its gaming app such that they can slowly turn away from Google Play and the iOS Apple Store.

The aim is to turn the chat app into a fully-fledged mobile operating system. This will be achieved by allowing users to download and promote the gaming apps within Snapchat, making it pointless to visit other app stores.

Essentially, Snap could reap significantly regarding revenue generation from in-game purchases while Google Play and iOS Apple Store could suffer a big blow, especially with the social and casual games.

The traditional app stores are not expected to take it lying down, though. Google and Apple are exploring strategies to offer alternative app solutions that will ensure they are well protected from the threat of revenue loss from social media companies like Snap.

Google has since unveiled the use of deep links on Instant Apps, which allow users to get involved with lots of apps without the need to download them.

Apple, on the other hand, has introduced an opportunity for developers to build and promote their apps within the iMessage messaging service in a bid to attract and retain users.

In addition to the potential money-making opportunity, Snap is also likely to increase its user engagement that has not been as impressive as the other social media platforms.

In fact, to fend off rivals like the Facebook-owned Instagram, which does not offer games, launching the game platform for Snapchat could provide a boost for the company, if fused well with other content plans.

Snap is getting prepared

Is the Snapchat platform prepared for the gaming hub?

Absolutely; if the recent undertakings are anything to go by. Snap has been laying a solid foundation for the upcoming gaming platform.

For example, in 2017, Snap acquired a 3D web-based game engine called Play Canvas that will act as the backbone of the platform.

Additionally, the company has invested heavily in a popular software for developers, known as the Lens Studio, for use in creating specialized AR filters.

Notably, in April 2018, it introduced Snapchat Snappables, an AR venture game that allows players to use facial expressions, motion, and touch to play the game individually or in groups. Snap built Snappables internally.

However, the upcoming gaming platform is expected to offer instant gaming experience to users by allowing external developers to build the games and teach them how to get Snapchat games.

Despite the excitement associated with the launch of the game platform on Snapchat, it is still not clear what kind of games will be available.

However, some AR gaming titles are expected, especially the games that do not require intensive use of hardware.

This is a possibility since it aims to reach a wider following, given that most Snapchat users have not optimized the usage of their Android smartphones.

Snapchat will not be the first platform to introduce gaming apps. For example, Facebook Messenger also went that road before with some instant mini-games.

The Tencent's WeChat Platform also previously tried some mini-programs within its messaging interface. The idea was to allow users to engage their friends in their favorite game battles while streaming within the chat app.

The aim here is to grow the number of Snapchat users by enticing them with a gaming platform that would create a suitable and fascinating ecosystem for its followers.

The upcoming platform sounds exciting, and it is definitely something to watch out for.

Are you looking forward to the new game platform for Snapchat?

Please let us know in the comment section below.