Developers - Make your game localization friendly: A few tips (Pt3) (And a guide to bars!)

This is the third installment in a series of articles. The aim of which is to improve the quality of assets provided for Game localization. I hope i've provided a few insights to aid the thought process when planning your translation phase.
Mike Souto
Blogger
October 20, 2015 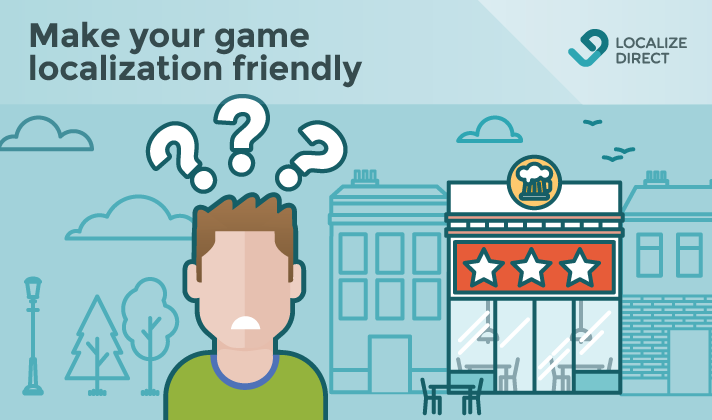 This is the third installment in a series of articles published on LocalizeDirect's blog. The aim of which is to improve the quality of assets provided for Game localization. I hope I’ve provided a few insights to aid the thought process when planning your translation phase.

In the first blog, Developers make your text translator friendly, I covered introducing your game properly, providing context and information on special characters used in your code. I also touched on platform specific text.

What DOES and DOESN’T need translating

It’s extremely useful for translators to know in advance what you do and don’t want translated in your game. This will bring down the number of questions you receive (which is of course nice for you but also nice for the translators). I’ll list a few here and then highlight into an English perspective to demonstrate the issues.

As a rule it’s usually a good idea to translate as much as possible. It means that the player gets to play a game that doesn’t jar by having elements that they would find unusual. If your game is set in Mexico and you have to go to the “Tres Estrellas” bar then that’s absolutely fine. The player would expect that. That would stay as is. Going to the “Three Stars” bar in Mexico (although possible) doesn’t sound anywhere near as authentic.

If you use generic references then these should clearly be translated. Bar, Restaurant, Coffee Shop etc. If you have “Dave’s Coffee Shop” then this should be translated (i’ll talk name localization later). If locations are given names like “Cantina”, “Mess Hall”, “Heliport”, “The hole”, these should be localized too.

Also, if there is a reference or pun in the name then you’re going to have to think again. Let’s call the bar; “The Newt”. You may have asked that this be left in English. However the meaning will be lost to many. It could be translated but again the reference will be loose (if not indeed lost). If however the translator is able to localize this into a suitable pun then the player will “get” the reference and react favourably to the attention to detail you have provided. The translator will of course need context to understand your intention.

If you have references to people (well known ones) then perhaps the one chosen in your game isn’t the best fit. Perhaps localizing this would make a lot of sense?

“This caravan is older than Jeremy Clarkson’s corduroy trousers". The translator could come up with something for more suitable for their locale. It’s certainly worth giving them that opportunity.

Let’s talk weapons. If you (as a player playing in English) need to go to the Tres Estrellas and hit an informant with a “martillo ” (as you asked for weapon names to be left as is) then it’s going to confuse. However this is what happens to many players when playing games. It’s pretty confusing right?

So yes, do get translators to translate weapon names and locations as part of your game localization. If they feel that the original English will work then they’ll leave it as such. They are experts at this kind of thing, a little trust (and creative freedom) is a good thing to allow.

Character names can be trickier to handle. You’re perhaps trying to create a brand and your main character name/s is key. And if you call those key characters something different depending on location then messaging (and consistency) will become an issue. I experienced this while working on Commandos many years ago. The Green Beret was Jack “Butcher” O’Hara everywhere apart from in the US where he was Jerry “Tiny” McHale. Pain was experienced :)

Anyway, you should probably steer clear of translating the main character names. However if your game instructs the player to meet their friend down the local bar (the geographical location being generic) and they have to meet “Kim”, then that’s probably ok for many. However not for all (by a long way). What’s the likelihood of someone in Russia meeting their friend Kim in a local bar? Unlikely. And pretty unlikely in the “Tres Estrellas” in Mexico too. Also bear in mind that Kim is a name that can be applied to both males and females depending on the country. In the UK it’s pretty much a female name. In Sweden it’s male. Confusing the player again? Yep.

If your game is to match three birds of the same type and transform them into candy (sounds great) then your bird characters may have names. You don’t want to translate the names? Why not? Wouldn’t it be odd (again as an English language player) if you play with Diego, Ramon and Alba? Wouldn’t it make sense to play with Mortimer, Pete and Daphne? Unless of course you’re back in the Tres Estrellas again.

The name of the game is of course extremely important, if something like Boing or Shamazzle then it can probably stay as is. If it’s “super awesome multiplayer tower defence” then you should probably localize. Many won’t understand what this is. If going into another language with a very different alphabet then you need to look at transliterating (see below).

If it is a game uses a unit of measurement (miles, yards, inches etc) then you need to check on whether this is suitable for other countries. We are frequently asked by translators whether ok to change from Miles to Kilometers. Many countries don’t use Miles so this measurement isn’t useful at all (and jars the playing experience). 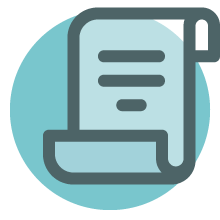 Again many requests are to leave locations, characters etc as per source. OK it’s your call and there may be valid reasons. However not allowing the player to even physically read the text is an issue. To combat this, you can transliterate. This is done by taking the source text and creating a version using local characters. Not doing this (at the very least) is a problem.

Take this as an “English as a foreign language” example:

Source text: Meet your informant at the Dragón bar, then go to the Roble pub.

Player reaction: Hey, this looks fine, I see there’s an accent on the O but it clearly says Dragon. And I have no idea what a Roble is but I don’t mind and will work it out.

So this kind of works.

However what if you had this:

Source text: Meet your informant at the ドラゴン bar, then go to the  オーク pub.

Player reaction: What the heck does that mean? This game is so confusing!

We need to be more conscious of allowing players to understand ALL text. That’s makes sense to me, it should make sense to all.

If you’ve had to abbreviate text to fit into the UI you cannot assume that languages will be able to as well. For example DM is regularly used as the abbreviation for Deathmatch but may not also be possible in target languages. This will result in either an extremely long translation or an abbreviation that makes no sense to the player.

This goes back to leaving enough space in your UI. If English is snug then translations are always going to struggle. If you’re already abbreviating then you have major issues. There have been a few major releases over the years that have got this dramatically wrong which resulted in huge amounts of negative feedback and forum based flogging.

You should read and “double read” your text before delivering it for localization. Handing out text containing grammar mistakes gives the impression that the text isn’t final. Translators may feel that what they're doing is based on an outdated version of the source text (and then endup second guessing far more than they might have originally done). This is secondary though to the potential of delivering text for translation and those typos not being recognised as such. Causing knock-on problems with game comprehension. For example:

“You have one last task Diego. Kim the informer wants to fight and has chosen a Martillo. Which weapon will you use? You can choose two.”

“You have one fast task Diego. Kim the informer wants to fight and has chosen a Martillo. Which weapon will you use? You can choose too.”

This will not be flagged as an issue in the text (as it still works) but does not correspond to what the developer actually wanted to translate. It may also therefore stay in the English version too!

Did you spell something  incorrectly on purpose? Is there a reason for that spelling? You need to let the translators know. Does your game have an Attakk Banana? Is that spelling of Attack intentional?

Inconsistency of source text is also a regular issue. For example, is it Mr Evil or Dr Evil? Is it a Rusty Hatchet or a Rusty Axe? Was Kim’s weapon of choice a Martillo or a Roble? Is it Tres Estrellas or Tres Estrelas? Should it be Lifeforce, LifeForce or Life Force?

Another favourite is then asking for something for translation that was previously NOT requested for translation. If in retrospect you decide to translate the game name (for example) you need to ensure that references to this are translated in game too. This can be an area missed on occasion and one that will look lacklustre to any players. 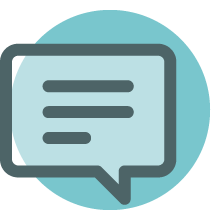 Cutting down on translator questions

The more time invested in preparing and proofing text, the better. You really want to cut down on queries as they will be a time sink later on. And usually this all happens at the point when you’re trying to prep the game for submission. You will almost certainly receive some questions though, so prepare how you’re going to field these and ensure that they are managed in the smoothest way possible. Back into your pipeline but also into the other languages that it will undoubtedly affect too. Perhaps you need to look into a Game localization tool or system.

Oh and just so you know, Tres Estrellas is actually the name of a well known cake produce manufacturer in Mexico. That bar in my game would have sounded pretty strange to anyone familiar with the brand. Perhaps like going to a pub called the Betty Crocker. I wouldn’t have known that but a local might have. It’s always worth asking.