Away from the crowds of Gamescom, there was a game jam...

I hung out with some of the developers of the InnoGames jam, a 48-hour jam hidden from the crowds of Gamescom in Germany.
Kris Graft
Publisher
August 21, 2016

Tucked away from the massive crowds and noise of Gamescom in Cologne, Germany last week, a smaller, more intimate event was taking place: a game jam.

Gamasutra was on hand as a media partner to check out the InnoGames Jam -- a creative sprint to make playable video games in just 48 hours.

Some 200 game developers from 27 countries took part, creating around 40 video games (check them out here) based on the theme of masks. With help from the Intel Diversity Fund, the participants were from all over the world with varying backgrounds in game development.

whoa this #igjam16 team made controllers and an LED display https://t.co/wxzJOb6qx9

Setiadi's background is as a 3D artist, but he also has experience in game production as well as a lecturer on game design. While he has extensive experience in professional game development, the game-making community in Indonesia is limited. Participating in an international game jam gave people from those small communities an opportunity to network.

"I'm doing something in a game jam that I'll never do professionally," he told me, "like making an arcade game without a display. And also meeting all the developers here [is beneficial]. I mean, Indonesia is a small country. You don't get to meet a lot of people."

Ken Park, a creative director and programmer out of South Korea, used the jam as the initial project for his new studio, Popomint. "This game jam starts our career as an independent game company," he said.

Coming to Cologne to develop games with dozens of other game devs from around the world affords people like Park to make important connections that could help his fledgling company operate more globally.

Best VR and Best Game Feel winner was Panoptes – one person uses FPS controls at the keyboard, another uses a Vive

"I came from South Korea, and the South Korean game market is very competitive...It can be called a red ocean," he said. "We don't want to just target the local market - we want to go abroad, so we want to meet many foreign developers. And they're helping us already. It's been a good experience for me."

At a game jam, developers go through a highly-concentrated version of game development, with many of the highs, lows, failures, and successes jammed into a small period of time. There's pressure to produce, but there are also practical lessons to be learned.

As media partner, Gamasutra gave away all-access GDC passes to a couple lucky jammers at the IG Jam awards

"A game jam is a perfect challenge to find each other's roles, and to comprehend what you're doing together, and where your flaws are, because it's such a small time range," said Wiersma. "Managing and defining each other's roles is very important, because otherwise, everybody is doing a bit of everything...It really teaches you how to time manage and make a great game in a short amount of time."

Check out more from the game jam below!

A video game. I think. pic.twitter.com/6EsXG4rNU5

Joker Face uses a tablet and some cardboard boxes 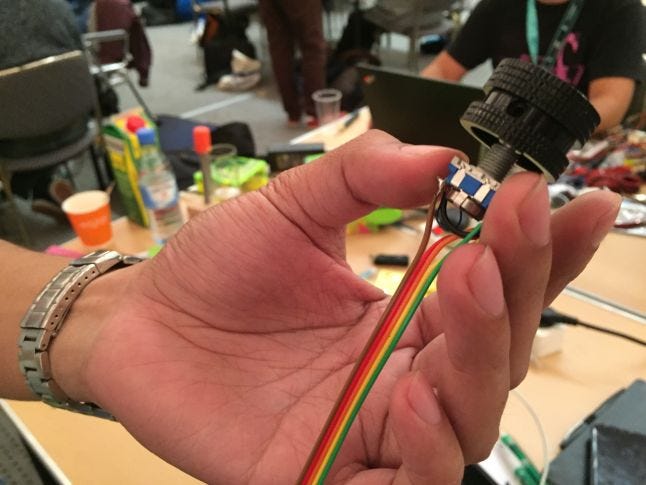 One of the controllers for Stab Stab Revolution 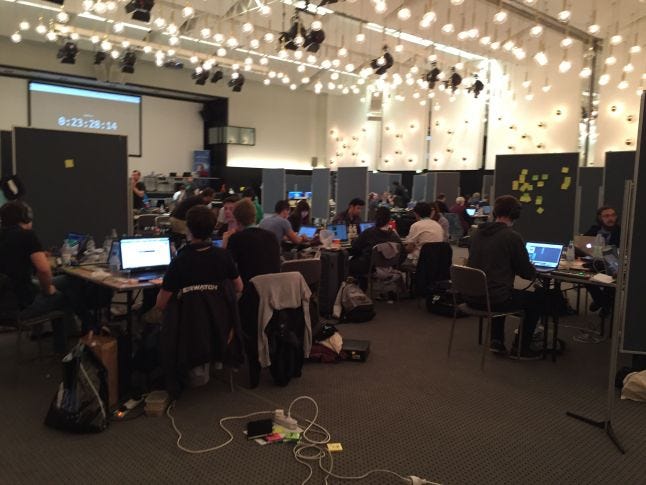 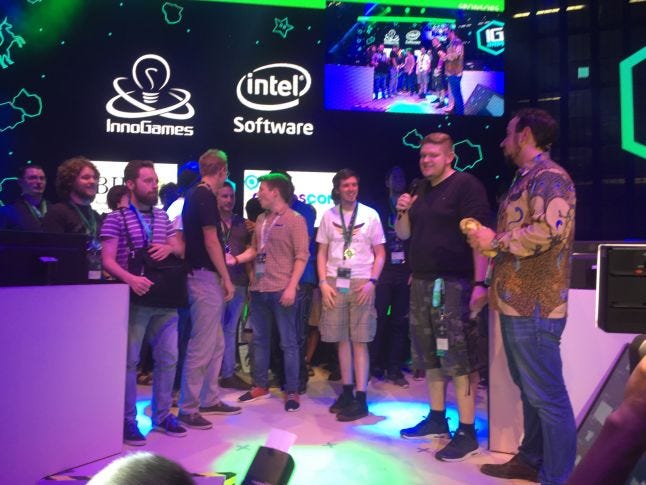 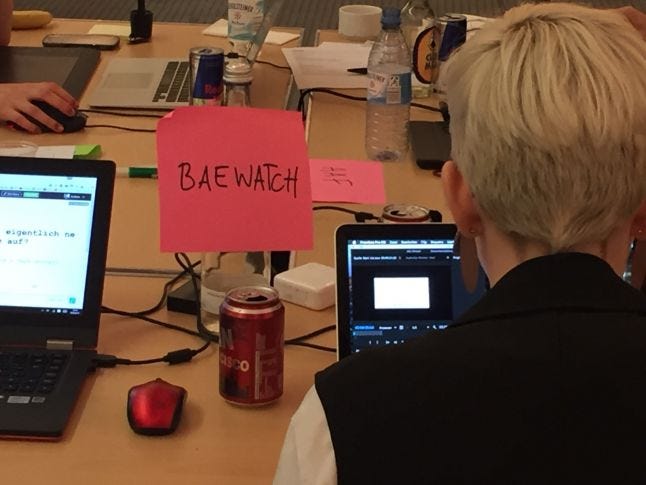