Am I Making the Best Career Choice?

What if you found yourself able to do anything you wanted to with your life? And you had a choice of either working for yourself, living at a friend's house until the efforts pay off, or working for somebody else for a stable salary?
Kain Shin
Blogger
May 07, 2009

We all need some source of income. Some of us are lucky enough to get paid doing something we love or believe in.

What if...you found yourself able to do anything you wanted to with your life?  And you had a choice of either working for yourself, living at a friend's house until the efforts pay off, or working for somebody else in return for a consistent stable salary?

There was a time when this particular topic would occupy my mind for quite a while.  After all, we're not going to ever get these years back, right? 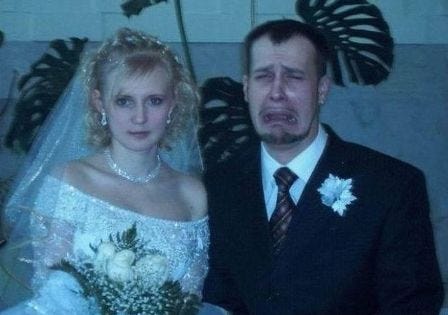 The answer is personal to everyone.  Ultimately, what it comes down to for me is that I'd judge where I currently work in the same way that I'd judge any tribe of mercenaries that I might choose to align myself with.

Two disciplines within the company culture dominate my criteria for happiness potential more than any other discipline:

In the case of games, the programming and art disciplines involve very important skillsets that enable the product to exist and grab people's attention.

Games do not exist without Code and Art, but those are nouns that are relatively easy to duplicate and evolve because their form is so very well defined, and they are storable on magnetic mediums for turn-based iteration.

Design and Production are the fleeting realtime verbs involved in the creation of any product that will set the tone for that product's fate. The verbs of Design and Production become enablers of the adjectives associated with the nouns of Code and Art that are embedded into the final product.

I would go so far as to assert that those two aspects of a studio are the defining measures of a company's potential to create genuinely compelling games in this hit-driven market.

People do not want to be associated with an embarassingly bad game. Most of us get into the games industry because we somehow hope to be a part of something great, and there are so many more lucrative options available to the veterans among us if our goal was just to make a steady paycheck.

Design culture is the hardest part to change about a company. Everybody and their dog wants to design and will do so if given the chance.  That energy can be utilized in healthy ways, but if the people in creative power do not truly love the art, then the company is likely to remain in a survival mindset driven by dollar sign numbers over aesthetic intentions.

If you are going for a stable salary, then this might be sufficient.  But if you got into this industry because you want to be a part of something that you would play, then this can become bad with the creative authority phoning it in and influencing the shape of design targets for the company based on ego rather than relevant knowledge and internalized methodical design sense.

This type of hubris and ignorance of the design craft can trickle down and infect the underlying creative process at the very core... starting with hiring practices and spreading from there.

If I were to evaluate the long term viability of a studio, I would start first by evaluating if the studio's design culture is built on a system of philosophical beliefs that provide a service to its customers. Examples of such beliefs would be...

The opposite of this service-based design culture is one in which a studio exists because the owners want to own a business and those they hire simply want to have jobs.

The rule is the same for studios and deities: A Belief System leads to Identity. Identity leads to Recognition, and Recognition leads to continued Existence within a highly competitive market with little margin for failure.

The belief system is a galvanizing compass that pervades hiring practices and culture in every discipline to ensure that all efforts flow in the same direction. It is this understanding of a studio's motives that enables trust in the company's intentions and confidence in their ability to cohesively execute those intentions.

I define this as the ability to execute the design in a competent manner. What's their plan? Do they really have one? Yeah, crunch can happen, but would the producers of the company respect the personal lives of their employees enough to feel bad about it? Will producers actually stay late with their team if the crunch is their fault? Will they hold others accountable for making people crunch and take corrective measures to avoid this sort of thing in the future?

The culture of eating dinner and going back to work can be changed if the right people are given the chance to change it as the rewards are universally appealing to most employees within the company reguardless of their position.  Most projects will fail or end up embarassingly unpolished due to bad production culture.

At the end of the day, the relationship that skilled employees choose to have with their employer is between equals.  The highly skilled employee can work anywhere.  Only those without options will allow themselves to be owned by a company to the degree at which objectification is apparent.

This "human equals" aspect of the employee-employer relationship is the heart of production culture for me.

For the design side of things, another way of framing that part of the question to myself is...

For me, it's an easier and more personally relevant question to answer than "Am I making the best career choice?"

On one end of the spectrum of self-confidence, we can give an easy answer to the question by rationalizing based on what we are able to obtain at this point in our career.  However, having the audacity to reach for the sky can serve as a compass for the numerous micro-decisions we make every day.

So with that far reaching compass in mind: Why would a badass like Wolverine give up his leather jacket and join a tribe of pajama wearin' X-Men?  Maybe he...

In the end, it doesn't matter what you believe as long as you believe in something.  And if that something is not work, then it becomes something else... we address what's important in life with the only absolute resource we truly own: time.