London, UK - 11th January, 2022. Aviary Studios is thrilled to announce that their live action video game The Gallery will launch this April for PC, Nintendo Switch, Xbox and PlayStation consoles, iOS and Android platforms. And, in a first for Europe, The Gallery will also release in UK cinemas where the audience will play the game by majority decision as part of an immersive and participative interactive experience.

Written and directed by Paul Raschid, one of the most prolific live action video game / interactive film creatives, The Gallery is a thrilling combination of hostage thriller and social drama with a dash of world film festival cinema aesthetic. Filmed over a 6 week period in February and March, 2021, the game immerses audiences in an interactive experience set in two time periods - 1981 and 2021, both of which are of considerable political, social and cultural significance in UK history, cleverly reflected in the nuanced story. Players will face over 150 decision points as they navigate a story full of mystery and intrigue. 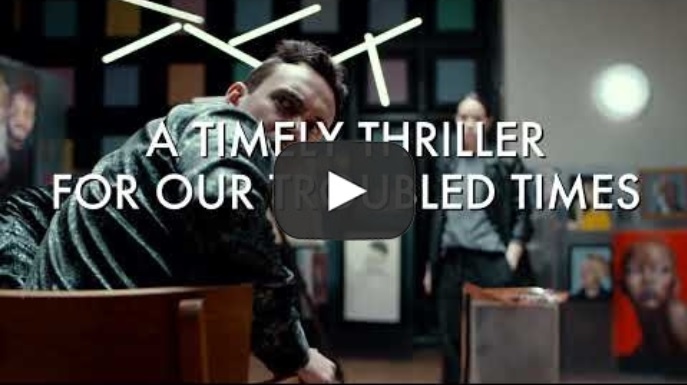 An exciting cast has been assembled for The Gallery including George Blagden (Versailles and Vikings); Anna Popplewell (The Chronicles of Narnia); Kara Tointon (Mr. Selfridge and Eastenders); Rebecca Root (The Queen’s Gambit); Richard Fleeshman (The Sandman and Coronation Street), Shannon Tarbet (Killing Eve and Love Sarah) and Fehinti Balogun (I May Destroy You).

The live action video (FMV) game genre debuted in the mid 1980s and was touted as the future of video games but was finally declared dead in the mid 1990s. The current renaissance of this somewhat niche genre -  a confluence of film and games - began around 2015 with such titles as Late Shift and Her Story and was turbo charged  in 2019 with Netflix’s  Bandersnatch. With filmmakers such as Paul Raschid (who has won a BAFTA Scotland for his linear film work) now looking to extend the live action video game to a wider film and TV audience and offering more diverse genres than the traditional horror experience, this niche genre could well be set for a resurgence.

The Gallery will launch this April for PC, Nintendo Switch, Xbox and PlayStation consoles, iOS and Android platforms and a UK interactive cinema release. Please visit the official websites www.aviaryfilms.co.uk and www.paulraschid.com

Paul Raschid (29 years); who wrote and directed ‘The Gallery’ is a born and bred Londoner. Paul’s 3 earlier live action video games – The Complex, Five Dates and Deathtrap Dungeon – The Golden Room - were released on Playstation, Xbox, Switch, Steam and Apps. ‘The Complex’ was also released in a linear version for TV and streaming.

Aviary Studios comprises 2 companies. Paul Raschid Media (PRM) Ltd. which is the game developer and Aviary Films Ltd which will be the game publisher.

‘The Gallery’ will be released both as a live action video game / interactive film and in a linear version for TV and streaming.

The CEO of Aviary Studios is Neville Raschid who had a 20 year career with Hollywood studios and leading entertainment companies including Paramount, Warner Bros. and Village Roadshow before becoming an independent film producer in 2002. He has produced 7 independent feature films since 2002. He formed Aviary Studios in 2019 to develop and publish a series of live action and animated video games under the title ‘INTERACTIVISIONS’. The Gallery is the first in the series.