Rendering Ranger: R² - The Rarest of the Rare, Now Available for Pre-Order from Ziggurat Interactive via Limited Run

When collectors discuss rare games, Rendering Ranger: R² for the Super Famicom is bound to come up. Released only in Japan, the game featured amazing pre-rendered graphics and plenty of action! Today, Ziggurat Interactive is pleased to announce they are bringing it back via a SNES physical cartridge release through Limited Run Games…and pre-orders are live now!

Take on the role of a special forces soldier tasked with saving the Earth from an alien invasion while you expand your arsenal of weapons and take your fight to the enemy in this post-apocalyptic adventure.

Features of Rendering Ranger: R² Include: 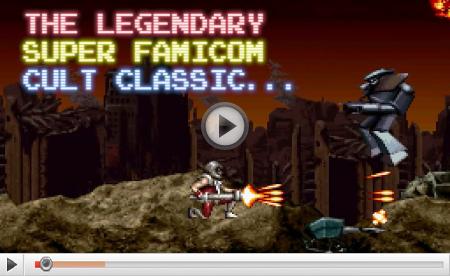 A press kit for Ziggurat Interactive is available here.