See for yourself what Endzone’s “Distant Places” actually looks like ahead of the DLC’s May launch
Assemble Entertainment
April 21, 2022
[This unedited press release is made available courtesy of Game Developer and its partnership with notable game PR-related resource Games Press]

Along with the release date announcement, the developers have revealed a batch of never-before-seen screenshots showcasing new environments awaiting players. In Distant Places, exotic, bountiful lands beyond the safety of the settlement's borders are waiting to be explored. Life in the settlement finally began to flourish in the preceding DLC, Prosperity, and now survivors are ready to set off on an air-balloon journey to discover the “distant places” their legends speak of. 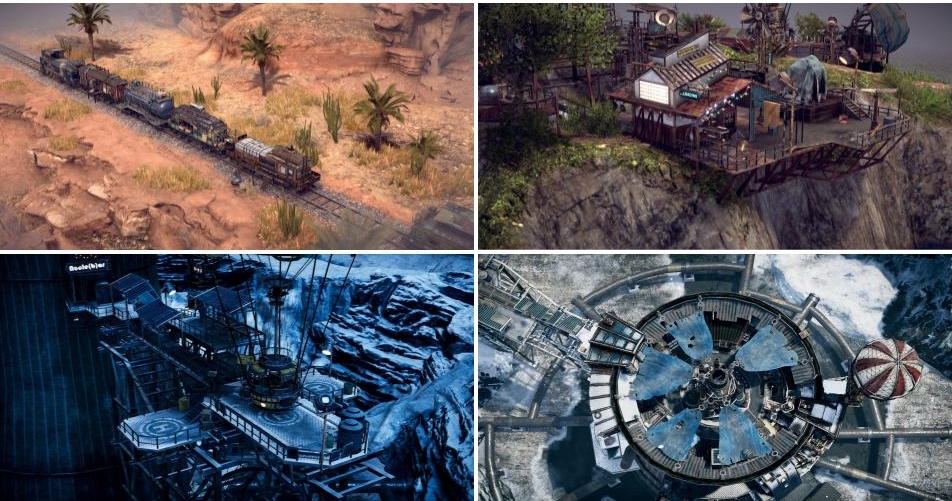 Distant Places takes place centuries after settlers managed to regain a foothold on the surface of Earth after having been in subterranean bunkers for over 150 years to escape a radioactive hellscape on the ground above. Featuring 12 narrative-driven expeditions, settlers of the “endzone” will fly to four unknown destinations far beyond their usual borders in search of other displaced survivors, new food items, and brand new building blueprints, perfect for expanding settlements into (primitive) metropolises.

Endzone - A World Apart: Distant Places will be available via Steam and GOG.com for Windows PC on 17th May 2022 for £6.49 / €7.99. With over 5,200 positive reviews on Steam, Endzone - A World Apart is Assemble Entertainment’s most successful published game. Learn more and explore the world of Endzone at the official site.

Assemble has partnered with the environmental activist organisation One Tree Planted for Endzone’s Save the World Edition, which means for every copy sold, the company plants an actual tree in damaged forests around the globe. To date, more than 40,300 trees have been planted as a result of the partnership!

Thank you in advance for sharing this news with your audience. If you’d like to speak to the minds behind this survival sim smash hit, just let me know.

Despite the company's short history, Assemble Entertainment has won the German Developer Award twice — in 2020 and 2021— in the category "Best Publisher”. Assemble Entertainment organizes GermanDevDays, an annual conference held in Frankfurt, Germany since 2016 that attracts more than 1,100 attendees from across the German-speaking video game development industry. The event also includes the GermanDevDays Indie Award, where indie development teams across Germany can participate in varying categories to win a cash prize for their projects. The event is hosted by Stefan Marcinek, CEO and Founder of Assemble