Latest Adventure 'The Shrouded Deep' is joined by a Voyage made for Pirate Legends
Rare
April 21, 2022
[This unedited press release is made available courtesy of Game Developer and its partnership with notable game PR-related resource Games Press]

Two epic stories are waiting to unfold in Sea of Thieves as its third time-limited Adventure, ‘The Shrouded Deep’, and the long-awaited Pirate Legend Voyage, Legend of the Veil, are playable from today! These connected stories both involve the Veil of the Ancients, a magical artefact that can grant its user the ability to travel between the living world and the spectral Sea of the Damned.

In ‘The Shrouded Deep’, players join forces with Belle and famed Megalodon hunter Merrick, and attempt to summon that great pale leviathan – the Shrouded Ghost. Be prepared for a monster hunt that’ll live on in legend as you seek to liberate the Veil of the Ancients from the belly of the beast. Then in the Legend of the Veil Voyage, Pirate Legends are called upon to help the Pirate Lord awaken the mask’s latent power by finding Veil Stones hidden around the Sea of Thieves.

As with our previous Adventures, we gave players a glimpse of ‘The Shrouded Deep’ in a special cinematic trailer, setting up the high-stakes action that’ll unfold during this in-game event. As the third Adventure acts as a season finale for this story arc, it runs for three weeks instead of two, giving players more time to experience the dramatic conclusion. 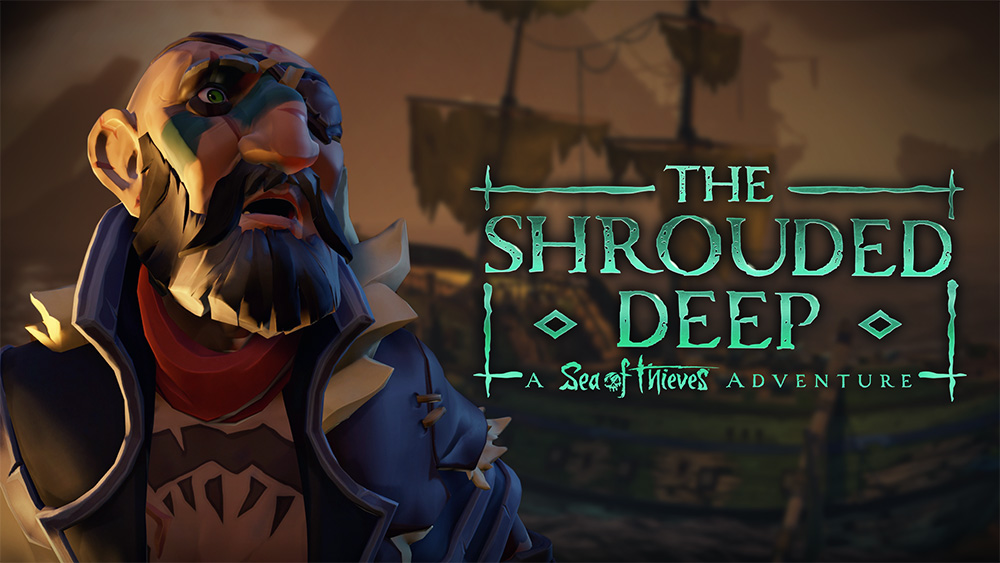 Ghost of a Chance

Thanks to a key piece of information discovered during previous Adventure ‘Forts of the Forgotten’, Belle has deduced that Captain Flameheart’s plans hinge on a mystical treasure: the Veil of the Ancients. With this long-lost relic rumoured to now reside in the stomach of an elusive Megalodon, Belle has sought out Merrick to help hunt down the near-mythical monster. While certainly a capable duo, these two may have bitten off more than they can chew...

For those wanting to get right up to speed with the unfolding story, check out our latest Adventure Awaits story primer on the Sea of Thieves website. Every Adventure is preceded by one of these articles, so if ‘The Shrouded Deep’ is your first foray into our time-limited narrative events, you can easily catch up on the story so far through previous primers. 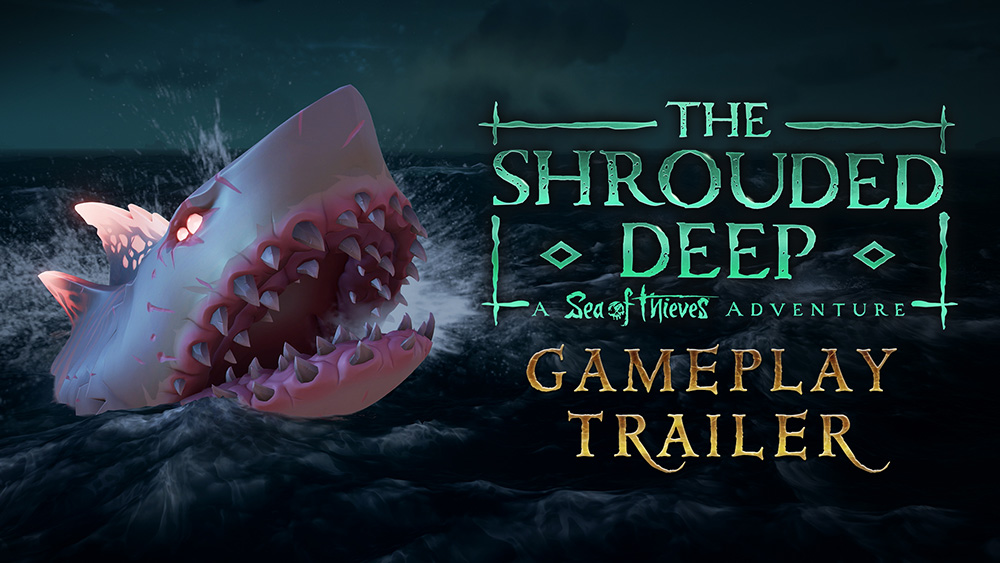 Following on from the events of ‘The Shrouded Deep’, the Legend of the Veil Voyage sees you working with the Pirate Lord on a three-part quest in search of the Veil Stones (and maybe some Athena’s Treasure along the way). This Voyage is designed for replayability with the first two stages chosen at random, while the finale is always the same – a climactic naval battle in the heart of a supernatural storm, as you attempt to take down an imposing Ghost Garrison!

While the Legend of the Veil is meant primarily for players who have reached the heady heights of Pirate Legend, crewmates who have yet to reach this milestone can still tag along with willing Pirate Legends and experience this multi-stage odyssey for themselves. Need a quick reminder of how to achieve Pirate Legend status? Just prove your mettle by reaching rank 50 with at least three of Sea of Thieves’ Trading Companies.

There’s a monster hunt afoot – blow that hunting horn and face whatever lies in ‘The Shrouded Deep’ today! This time-limited Adventure runs from April 21 to May 12, while the Legend of the Veil Voyage is a permanent addition to the game for Pirate Legends.

New to Sea of Thieves? Find out about the latest free content updates on our What's New page and pick up some tips from our Pirate Academy, which provides invaluable information on topics ranging from sailing to swordplay as you prepare for your maiden voyage. Learn more about Sea of Thieves at www.xbox.com/seaofthieves, or join the ongoing adventure at www.seaofthieves.com where you can embark on an epic journey with one of gaming's most welcoming communities! 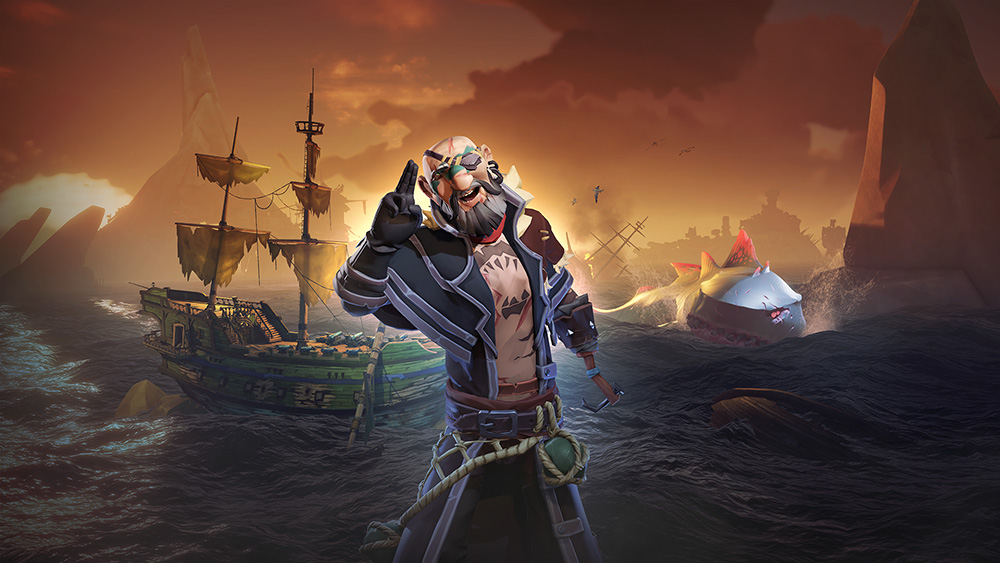