Watch the announcements live here right now from 3 to 3:30 EST

or find out all about it below

Then from Friday 1/7 to Sunday 1/9, the spotlight will turn to the SMITE World Championship. The pinnacle of this year’s esports action will be live streamed on Twitch.tv/SMITEgame and on SMITEGame.com/SWC with special Twitch Drops. Check out the SWC 2022 trailer. 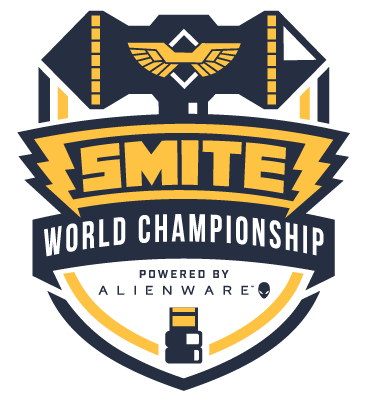 Since its beta in 2012, SMITE and its community have never ceased to grow and improve. In 2022, the game will continue to outperform with a Season 9 more packed than ever with new content.

To start off Season 9, SMITE releases one of the most requested gods in its history, Shiva, the Destroyer. 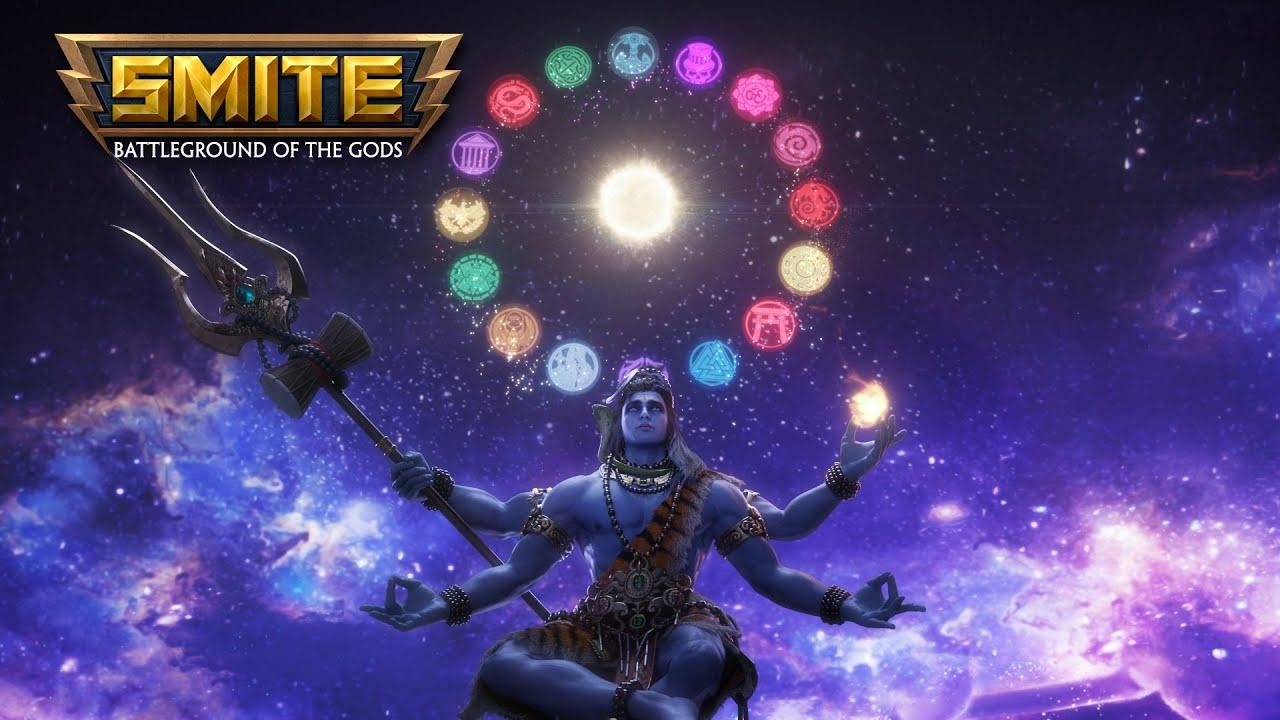 Watch him in this cinematic trailer.

On the battleground of the Gods, Shiva balances two states of being, destruction and bliss, hindering his enemies or alternatively blessing his allies. Also known as the Lord of Dance, he reveals his world-ending performance within his ultimate ability.

Along with Shiva, five more playable Gods will join the fight in 2022, including some revealed in this new teaser trailer - https://youtu.be/4U9uYaBu0HY This mode incorporates players’ favorite element of the Siege mode – a summonable Juggernaut – to the 5v5 experience of Clash. The new map, inspired by the Maya and Egyptian pantheons, allows for more teamfights and meaningful objectives.

Everyone can play Slash for free as soon as it launches with SMITE Season 9 this January. Last year for the first time, SMITE released several seasonal updates for the map of its most competitive mode, Conquest. This successful initiative continues in 2022, and here is the first look at the Season 9 Conquest, Dharmic Era, the first of three new Conquest maps coming up this year.

Shiva’s presence has changed the environment to evoke elements of the Hindu pantheon. Tiamat’s castle is now overgrown as her rule subsides.

As a brand-new gameplay feature, an Obelisk can be filled with special offerings from Jungle Camps. The Obelisk grants a unique and powerful reward: Indra’s Scepter. Functioning as an indestructible mobile team tool, Indra’s Scepter either attacks nearby enemies or heals allies and structures.

Also new, a Naga monster awaits deep in the Jungle, dropping additional offerings for the Obelisk. Finally, with Season 9 minions will be equally male and female, just like any divine and mortal population.

Season 9 brings back a community favorite: the Adventures!

Back in 2017, SMITE introduced the Adventures: temporary game modes including an anime-inspired horde mode, a King of the Hill, and several PvE dungeon-crawlers. In 2022, there will be two brand-new Adventures free for all players.

Finally, all throughout the year, new crossovers with popular franchises can be expected, as well as a substantial amount of Quality of Life updates.

The Season 9 Update Show is just about to start at 3:30 p.m. with all details about content coming this month with the first update of the year.

Follow Twitch.tv/SMITEgame to know more about Apollo remodel, the 2022 Season Pass, the Hellfire Syndicate Battle Pass, new Ranked rewards, and Glyph slots for items – allowing players to add passive effects specific to each item, such as calling down meteors with successful abilities or applying poison on critical hits.

With over 50 million players since its beta in 2015, Hi-Rez’s free-to-play fantasy shooter Paladins hit an amazing milestone in 2021, releasing the game's 50th character – just one of six new Champions throughout the year. In 2022, players can also expect even more new Champions, along with new maps and reworked ones.

Out this January, VII – pronounced [seven] – is the Executioner and Hand of the Outer Tribunal. 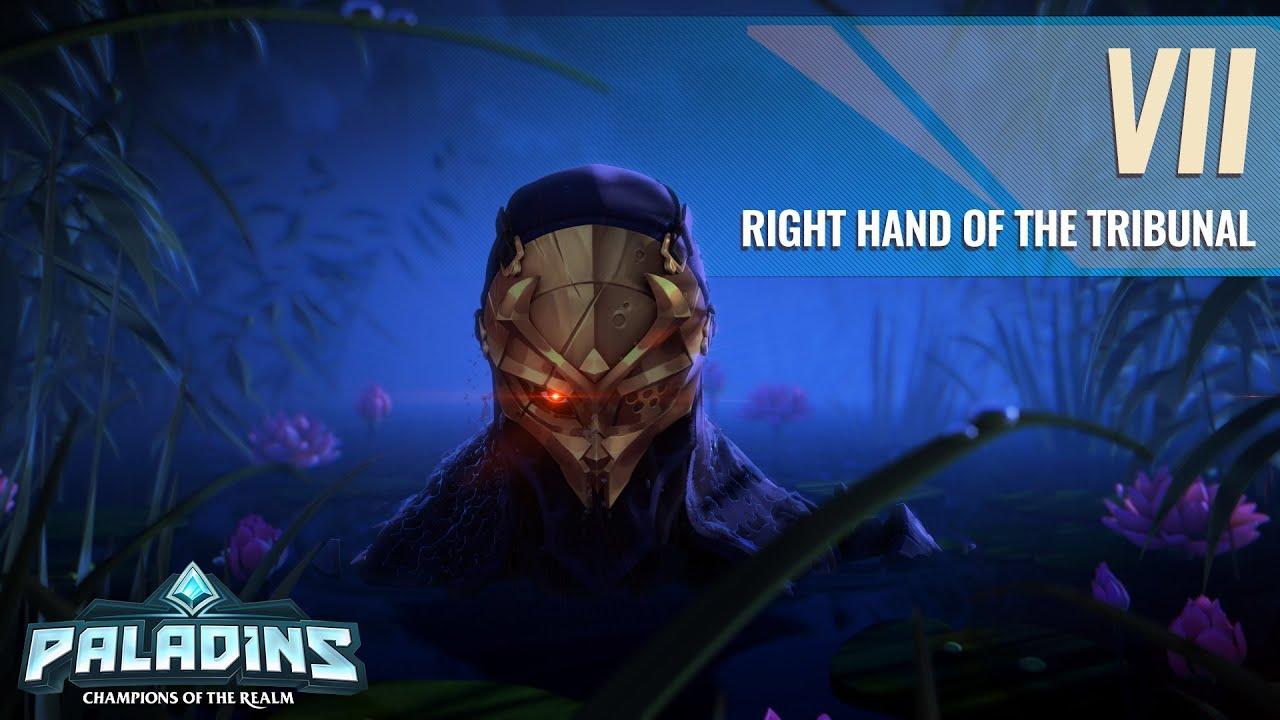 All about ambushing his opponents, he can grapple onto walls and use the terrain to his advantage to get the drop on enemies. VII’s weapon mode can be changed on the fly, swapping between automatic fire, burst fire, and unloading the entire clip.

After two years working with the support and suggestions of the Paladins community, a highly requested all-new map is coming soon in Season 5.

In 2021, several fan-favorite Paladins maps were visually reworked. This year, Warder’s Gate and Trade District will undergo enhancements. The rework will improve materials, textures, and landscapes, while expanding the surrounding environment.

Throughout 2022, Siege: Beyond will provide players with multiple augmentations to Siege, Paladins’ most popular and most competitive mode. Sure to change things up, the first iteration will feature a brand-new item shop along with other major changes.

Siege players who want to stick to their guns need not worry, as Siege: Core will remain available in parallel. 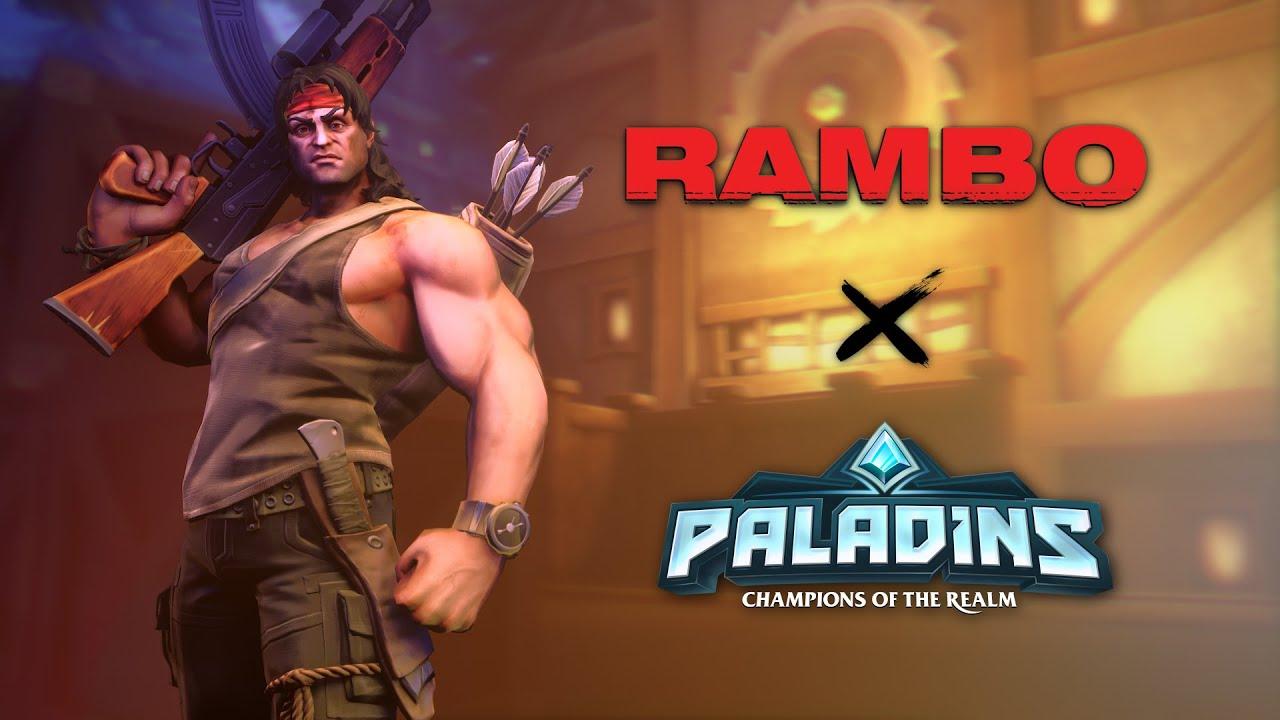 That’s right: John Rambo is coming to Paladins as a crossover skin for popular Champion Viktor!

Even better: Rambo will be available for free for all Prime Gaming members, as soon as it launches in February 2022.

The most engaged players can’t wait for Paladins’ Season 5. Now they get to know the new Ranked Reward that lies at the end of the road: Will.0 Willo. Only those who win 100 ranked matches during the upcoming season will boast this prestigious skin. The most valuable yearly bundle in Paladins, the Season Pass, makes its return! Featuring the new Jurassic Ying skin and Dino Dash Mount, the 2022 Season Pass will also unlock each Champion in 2022 and special cosmetics for them, 1500 crystals, and more – all at a compelling price. The Abyss Hunter Academy Event Pass releases in January. Whether they are crushing classes or destroying demons, Class President Rei and Schoolyard Maeve are ready to teach foes a lesson to the energizing tunes of the music from hit YouTube artist AmaLee. The ‘Schism’ Update Show is just about to start at 3:30 p.m. with all details about content coming this month with the first update of the year.

Follow Twitch.tv/PaladinsGame to know more about the new Champion VII, the Siege: Beyond mode, and the Abyss Hunter Academy Event Pass.

With a community 25-million strong, Hi-Rez’s slick third person shooter Rogue Company is heading into Year 2 with a bang.

Polish and quality-of-life upgrades will be a major focus in 2022. In addition, new Rogues, maps, and game modes are already in the making – some of them releasing as early as next week. Rogue Company’s Year 2 is sure to be the best time to save the day, look good, and get paid.

As a grand conclusion to Rogue Company’s Year 1, the new Rogue Glimpse is about to join the game next week with the next major Update. 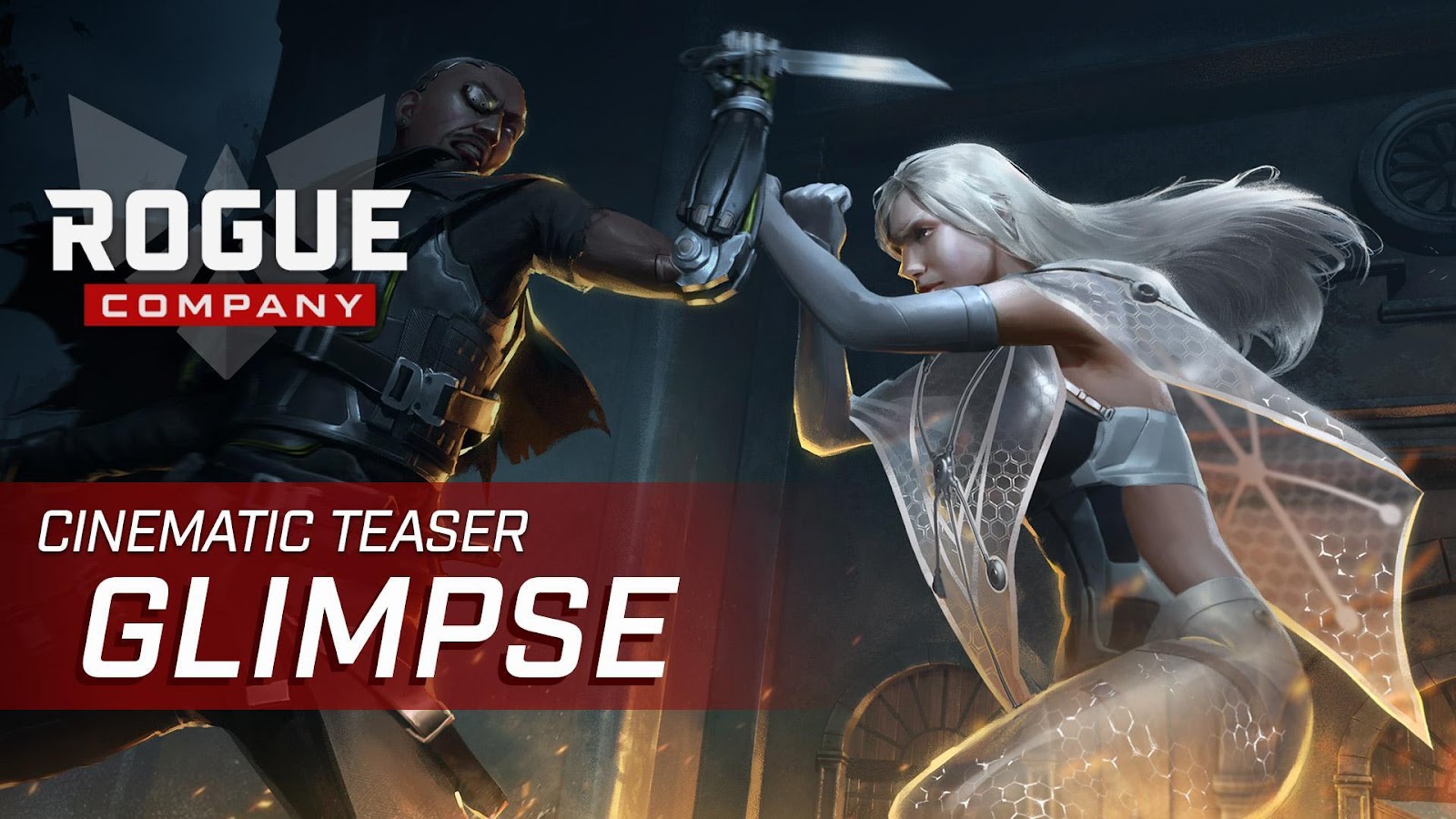 Glimpse was the result of decades of genetic engineering, created for one purpose: to become the perfect weapon. Now, she devotes her life to stopping those that made her.

She can hide from view with her unique Camouflage technology, while her heightened senses help her locate nearby enemies. Glimpse is built for stealth and excels at sneaking up on her opponents.

Introducing Meltdown, Rogue Company’s first new map in 2022 and coming up in February, free for all players. 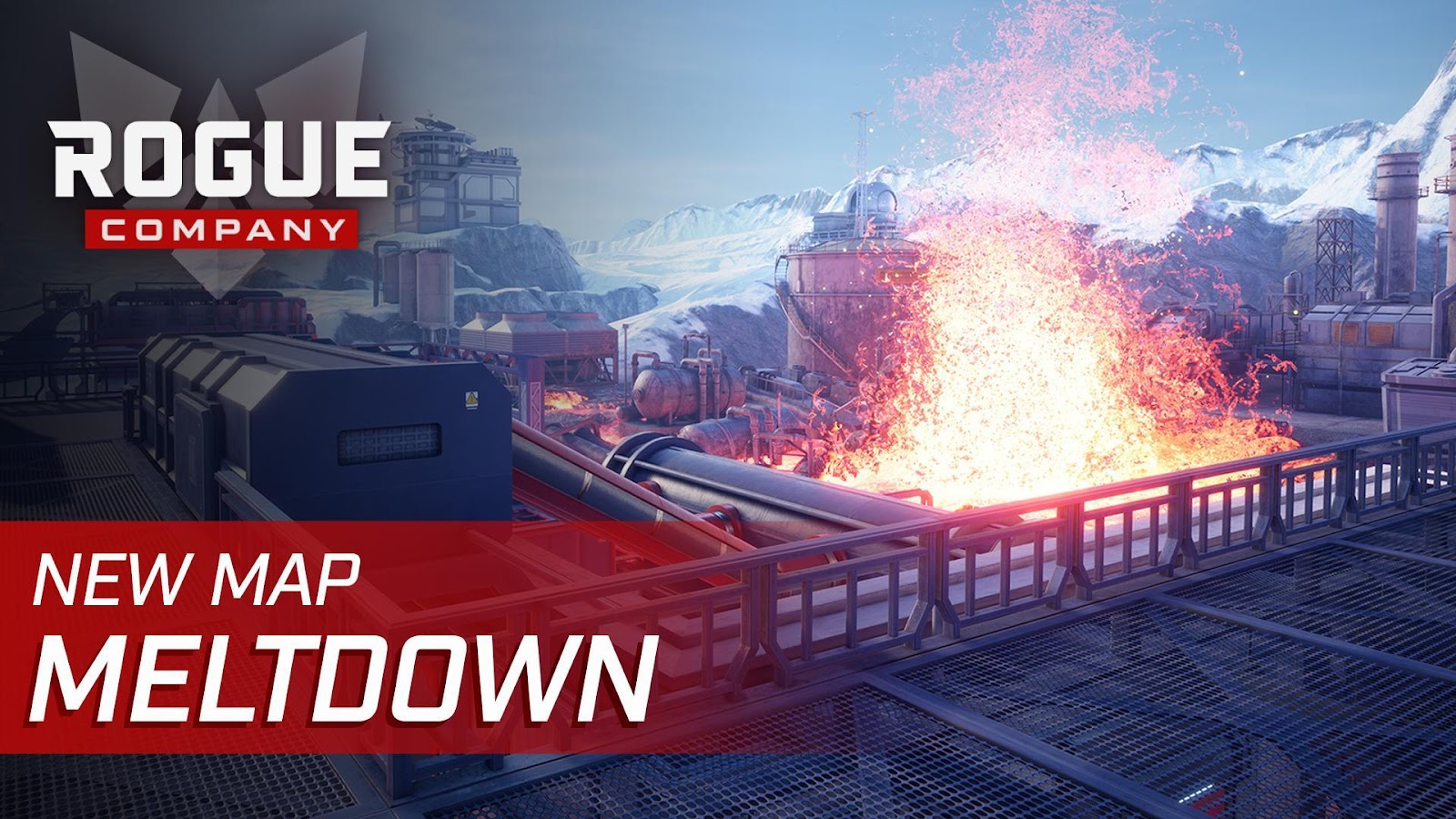 Check out Meltdown in this Trailer

Living up to its name, the Meltdown map is a research facility split in two between an active volcano’s crater and the icy tundra surrounding the area. Verticality is key, so aim to get the drop on the enemy team – but make sure to watch out for the lava.

Based on community feedback, Rogue Company chooses to double down on Quality of Life improvements and new play experiences  in 2022 – introducing Project Saint.

Core game modes will also be iterated on and new ones will be created. The first step in this direction was taken last month with the already popular Battle Zone, a new mode combining the best of both worlds: the Battle Royale genre and Rogue Company’s 4v4 core gameplay.

Also part of that initiative, players can expect new features such as human backfill, which will allow a new player to take the spot of a teammate gone AWOL.

What’s more, exciting Crossovers between Rogue Company and famous franchises are in the making for 2022. They will deliver themed Rogue Outfits along with other top-notch cosmetics.

Absolutely sci-fi and decidedly cyberpunk, the Neochrome Battle Pass is the first one this year. Coming this February, it will feature Outfits for The Fixer, Vy, Chaac, and Switchblade.

The Glimpse Update Show is just about to start at 3:30 p.m. with all details about content coming next week with the first update of the year.

Follow Twitch.tv/RogueCompany to know more about the new Rogue Glimpse, the new map Meltdown, and the first steps in Project Saint. 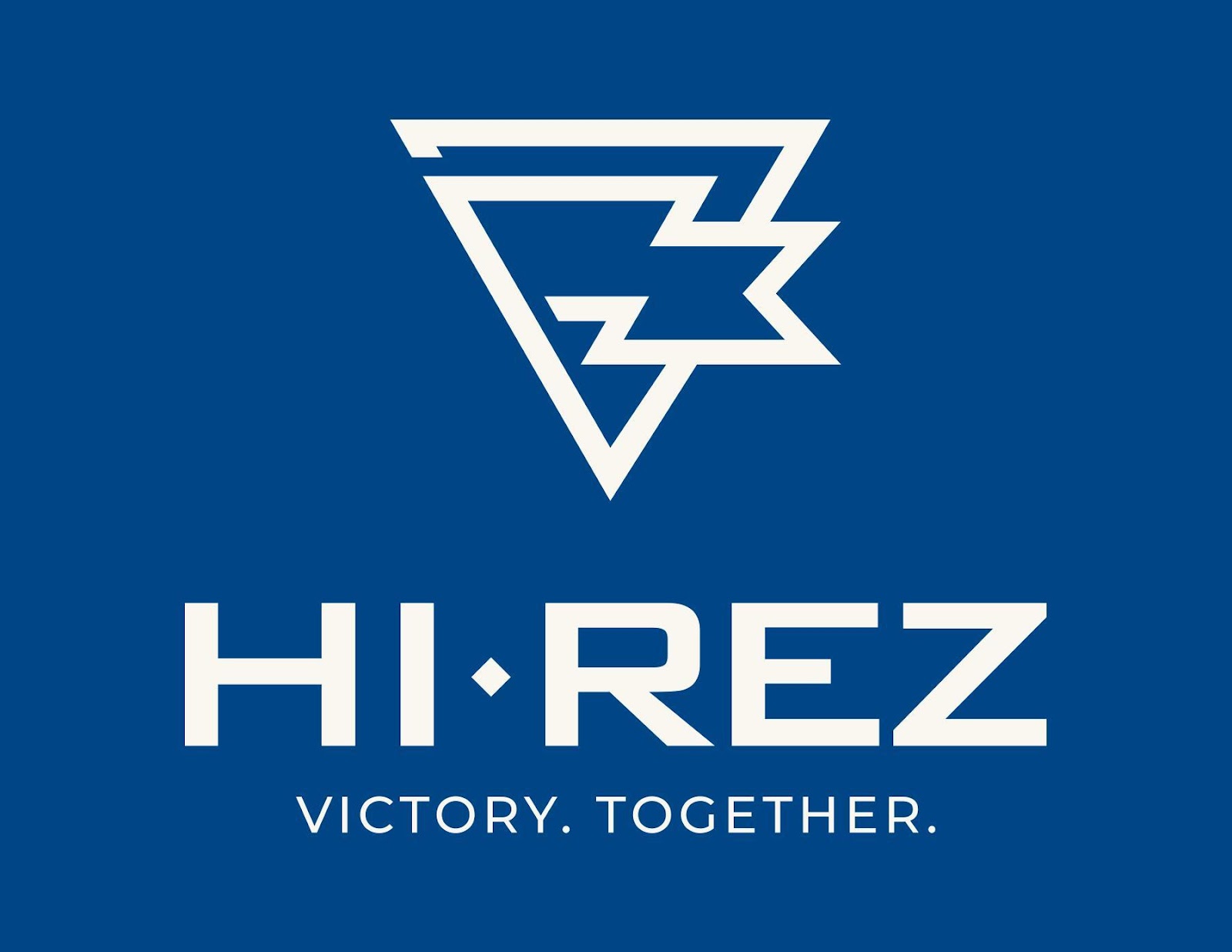 Based in Alpharetta, Georgia, Hi-Rez is an industry-leading video game publisher and developer at the forefront of the free-to-play, games-as-a-service industry. Hi-Rez’s games have been played by more than 100 million people worldwide across PC, Xbox Series X|S, Xbox One, PlayStation 5, PlayStation 4, Nintendo Switch, iOS and Android. With three games regularly among the Top 10 free-to-play games on Steam, Hi-Rez is one of the few Western developers to have successfully launched multiple, multi-platform games as a service titles to a large audience. Having won multiple awards and accolades for innovation and technology, Hi-Rez has also been recognised for its company culture, leadership and diversity as an employer.