MELBOURNE – Sept. 22, 2022 – League of Geeks has today announced that their next upcoming title will be Solium Infernum, the strategy game from Hell, a re-imagined vision of Vic Davis’ cult-classic game of politics, intrigue, and betrayal.

The demonic turn-based experience is being reimagined by Armello creators, League of Geeks, experienced in delivering great strategy games to millions of players around the world, with a planned PC launch in 2023. 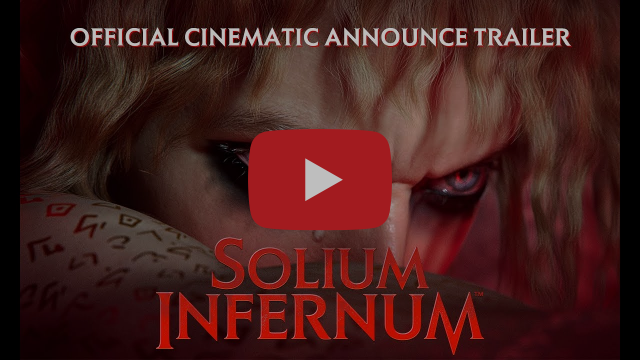 
In this brand new title players will be able to go deep into a reimagined version of 2009’s Solium Infernum, complete with all-new single-player scenarios and scheme-in-your-sleep asynchronous multiplayer matches that will require cunning moves and political wit to outplay their opponents. The game will be modernized and built in 3D with a totally updated visual interface to bring it in line with League of Geek’s unique and acclaimed aesthetic and production values.

In Solium Infernum, all participants take turns simultaneously; with each player only able to see their enemies’ schemes unfold after making their own choices. The game will offer a full range of experiences, from 2-4 hour single-player games to epic, weeklong six-player multiplayer matches that require only a few minutes to play a day.

“The original Solium Infernum is one of the most remarkable videogames ever made. Its evocative, Milton-inspired vision of Hell and deep focus on political intrigue are unlike anything else on the market,” said Trent Kusters, Co-Founder and Director, League of Geeks. “We are honoured and ecstatic to bring Solium Infernum into the limelight it has always deserved!”

The Prince of Darkness has abandoned his Throne, and the great Archfiends of Hell now set wicked plans in motion to claim Pandaemonium’s Infernal Throne. Outwit your rivals using deep systems to master devious political and military strategies. Kiss friendships goodbye as you bluff, backstab, and sow treachery and betrayal on the path to becoming Hell’s new ruler.

Select one of eight Archfiends at the start of a match, then customise the villain’s defining Perks to suit different playstyles. Choose secret Schemes during the campaign, increase Power levels, and more. Master evil’s five spheres: Wrath, Deceit, Prophecy, Destruction, and Charisma. Command more than 50 different Legions and demonic Praetors to conquer Places of Power and claim Artifacts for wicked boons.

About League of Geeks
League of Geeks is an independent video game studio based in Melbourne, Australia. Specializing in approachable strategy and digital tabletop games with an eye-catching aesthetic, League of Geeks’ debut title, Armello, sold over 1 million units on PC and consoles since its launch in 2015.

League of Geeks is currently working on Solium Infernum and an unannounced project. For more information, visit the studio’s official website.