SUCCESSFULLY-BACKED KICKSTARTER GAME WILL BE AVAILABLE ON STEAM AND OFFER FREE TRIAL
NovaQuark
August 16, 2022
[This unedited press release is made available courtesy of Game Developer and its partnership with notable game PR-related resource Games Press]

Montreal, Canada, August 16, 2022 — After eight years of development, developer Novaquark has announced that ambitious, multi-planetary MMORPG Dual Universe will launch September 27 on PC via Steam and on the game’s official website. This will mark the first time the game will be available on Steam.

Dual Universe is an innovative single-server experience shared by everyone. Players are able to build almost anything as they participate in a player-driven economy, form organizations, and wage war with one another. Numerous improvements and new features have been implemented during the game’s beta period, including space warfare, new VFX, asteroid discovery and mining, space markets, automated mining, a new first-time user experience, visual and performance enhancements, and more.

To learn more about Dual Universe’s new features since beta launch, take a look at the video below: 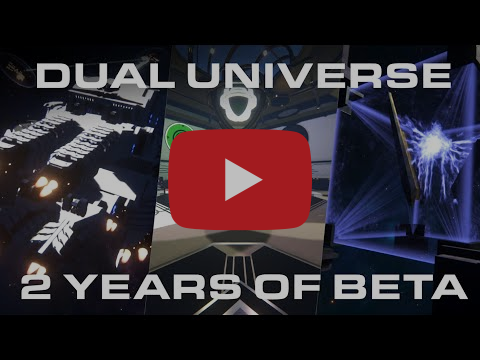 Details about the game’s launch were unveiled today in a dedicated live stream featuring several members of the development team. A replay of the stream can be viewed below: https://www.twitch.tv/dualuniverse

“Since Dual Universe’s beta launched two years ago, our community of dedicated Novean explorers, plunderers, miners, and pioneers have created amazing stories in towering cities, underground bases, and orbital space stations,” says Nouredine Abboud, CEO of Novaquark. “We are incredibly thankful for everyone who has embarked on this journey with us so far, and are thrilled to open this new chapter of the game’s incredible voyage so far.”

“Dual Universe’s upcoming launch offers players the opportunity to relive the excitement of discovering Helios’ immense planets all over again alongside new and familiar faces,” adds Cyrille Fontaine, Creative Director at Novaquark. “With the many additions and improvements that we added during beta, we know that the game has solid foundations to propose an experience like no other, which we can continue to build upon..”

Curious sci-fi fans will be able to enjoy the newly-announced free trial at launch on Steam, on a separate server. Previous players of the game will also be given a free 2-week long opportunity to come back and see the improvements of the game by themselves, while all players with an active subscription will have access to a Talent Point (XP) booster for the first six months after release.

Players can wishlist Dual Universe on Steam today ahead of its launch on September 27. Check out the game’s official website to play the beta before the official launch, purchase a subscription, or learn more information.

About Novaquark
Novaquark’s goal is to create the first virtual online civilization, enabling players to shape and share a metaverse of their own, together, at a scale never seen before. Thanks to its groundbreaking voxel-building technology, Novaquark enables players to build almost anything and is on a mission to pioneer a new generation of games through voxel-based user generated content.