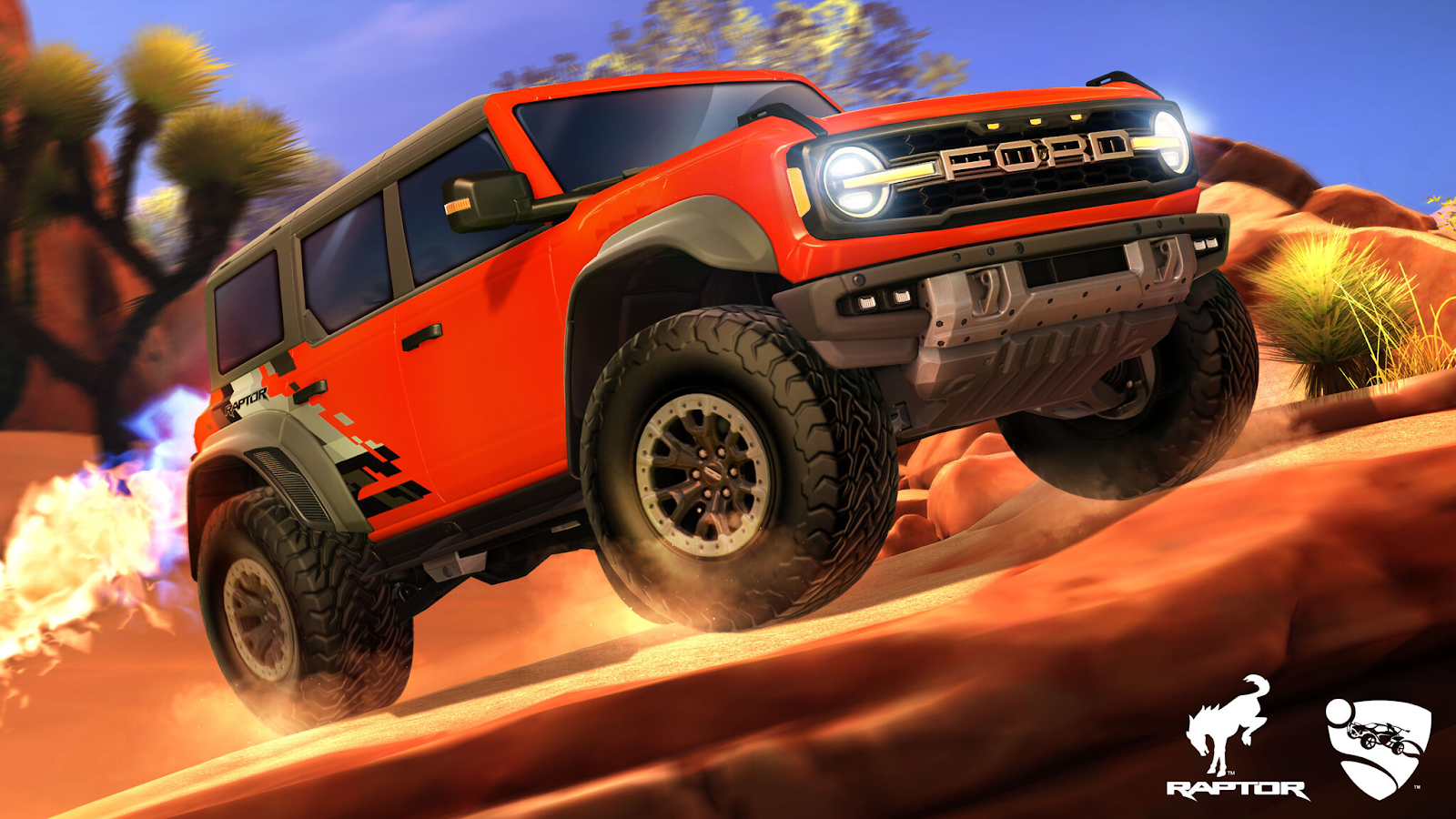 SAN DIEGO – August 2, 2022 – Building upon the previous collaborations between San Diego developer Psyonix and Ford, the two announced today that the Ford Bronco Raptor RLE Bundle will be available in Rocket League beginning August 4! In addition, Ford is once again teaming up with Rocket League Esports as an Official Sponsor of the upcoming Rocket League World Championship Events in Fort Worth, Texas, also beginning August 4.

If you or a member of your team is interested in a code for the Ford Bronco Raptor RLE Bundle, please let us know and we will send you a code when it becomes available in the game on August 4.

Based in San Diego, CA, Psyonix is a critically acclaimed video game developer and a leading expert in Unreal Engine technology. For more than 20 years, the studio has been a driving force behind some of the most successful games in the industry, including Gears of War, Mass Effect 3, XCOM: Enemy Unknown, Bulletstorm, Unreal Tournament III, Unreal Tournament 2004, and the award-winning sports-action hit, Rocket League®. Psyonix joined the Epic Games family in 2019.