For those About to Rock - We Salute You! Prepare to  Become a Rock God as Metal Tales: Overkill Launches Today

Since being funded within 8 hours on Kickstarter, the team at Zerouno Games has been cranking up the heat and rocking the development of  Metal Tales: Overkill, the ultimate action-adventure game where Metal and Adrenaline collide to create the ultimate 3D rogue-like guitar-shooter. Get ready to fight through procedurally generated levels and battle against a terrible looming curse affecting your metal brothers. Do you have what it takes to  free them from this ancient evil and secure your place as the ultimate Rock God? 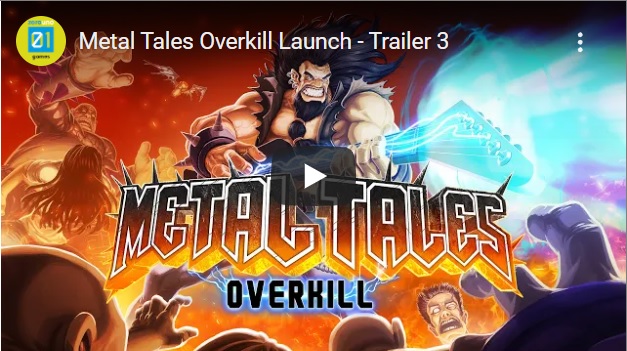 Check out the gameplay trailer for Metal Tales: Overkill here

As well as the digital versions there are two special boxed Nintendo Switch editions of Metal Tales: Overkill available in Europe only and with extremely limited numbers available. The Deluxe Edition, published by Tesura Games, will include a full colour printed manual, a themed guitar pick and an awesome sticker sheet all in the box. 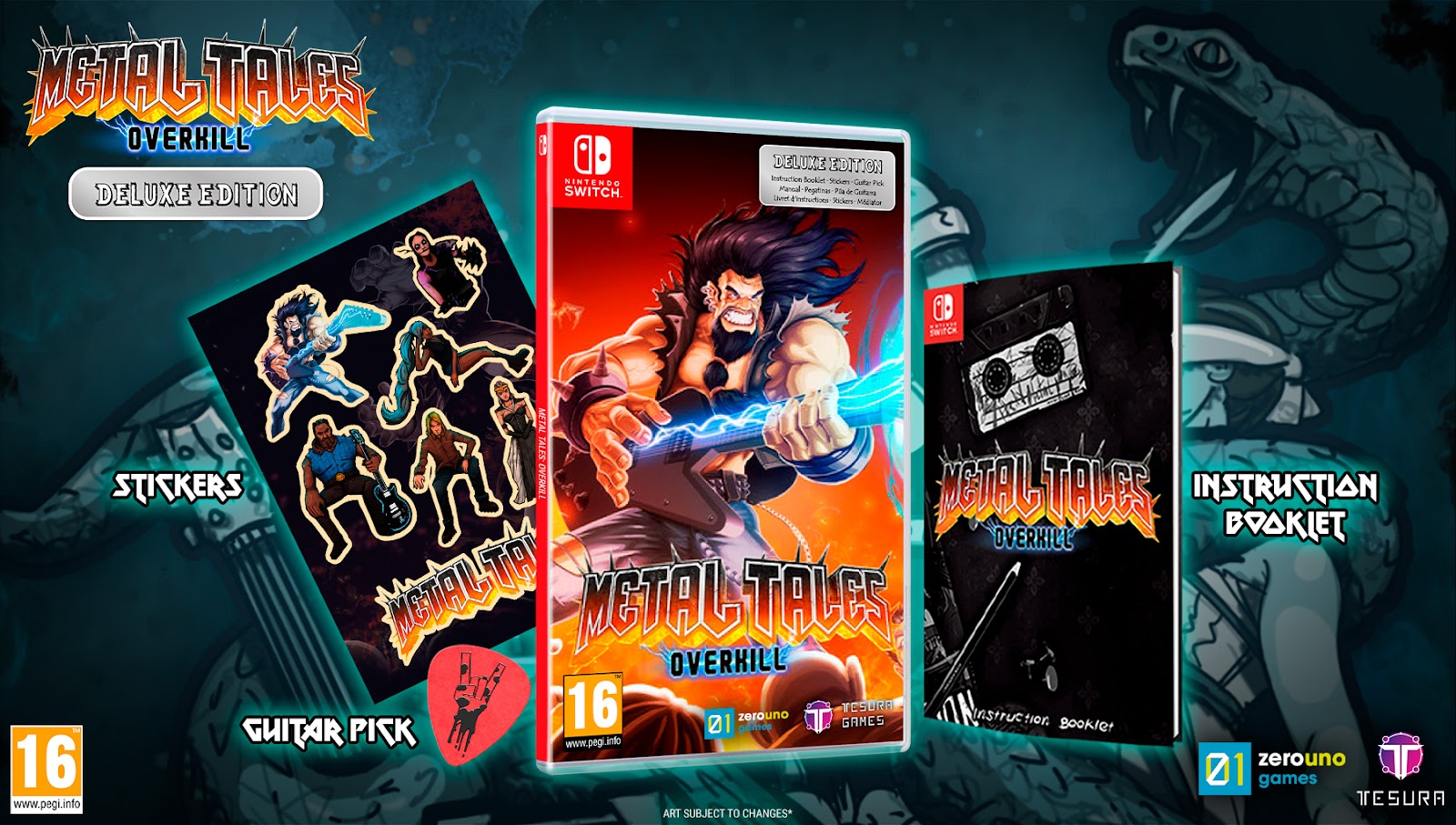 The special boxed Collector’s Edition, published by Zerouno Games, is the ultimate metalheads dream and packs in the sticker sheet, guitar pick and colour manual as well as a stunning 56 page artbook filled with some of the awesome artwork from the game and a magnetic bottle opener all delivered inside a specially created Collector’s Edition box. 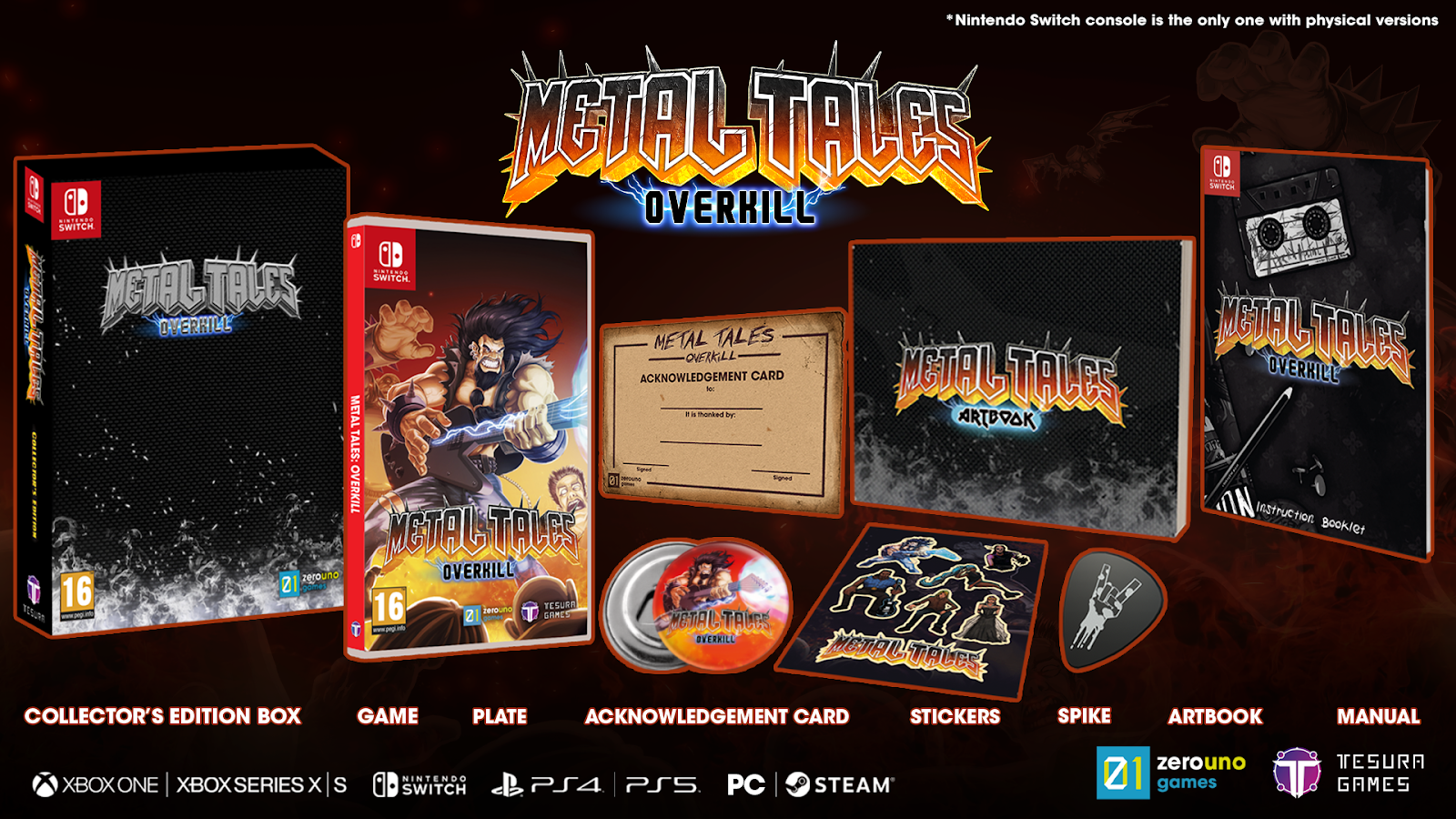 Metal Tales: Overkill is an action-adventure game where Metal and Adrenaline collide to deliver the ultimate rogue-like 3D guitar shooter. Fight against the looming curse affecting your Metal brothers and free them from an ancient evil.

The God Kuk is possessing all the guitar gods, and through them, the metalheads. Through infinite concerts, he is helping his legion of metalhead zombies wipe out every original creation of metal bands and their dedicated fans. As legions of metalheads are stripped from their passion, only one person can really grind through the challenge and come out victorious.

Choose your path carefully through the procedurally generated levels and battle the evil hordes looking to destroy you at every turn. As each playthrough will be different, grab your guitar, don your ripped jeans and dive right back into the intense action one more time.

Zerouno Games is an independent publisher located in Spain, focused and dedicated to video game studios and creators of digital content with its own essence.